Instead of attempting to deny the occasional funk—or beat ourselves up for it—we're better off trying to understand and learn from it, says mood scientist Jonathan Rottenberg, PhD, in his new book, The Depths.

It gives you X-ray vision.

A glum outlook is often a more perceptive one, says Rottenberg, citing an experiment in which people were shown a short depressing movie and then, afterward, were asked to debate a point. The sad-people's arguments were more analytical and richer in concrete detail than those of the happier ones, making them more persuasive. The same researchers also found that bad moods can improve recall, reduce errors in judgment, make people slightly better at detecting when they're being lied to and help them get along better with others by making them more polite. "A sad mood, at least of the garden variety, makes people more deliberate, skeptical and careful in how they process information," Rottenberg explains.

It provides some insurance against getting burned twice.

Research has shown that spending some time in the bad-mood trenches now may help you avoid the sinkhole of major depression in the future. "Being able to accept negative feelings—rather than always striving to make them disappear—seems to be associated with feeling better, not worse, over the long run," says Rottenberg. He adds that science backs up the accepted emotional wisdom that feeling sad about something—say, the one that got away and is never coming back—is the only way to make peace with our feelings about it.

Own OWN Live Happier OWN Healthy Mind & Body 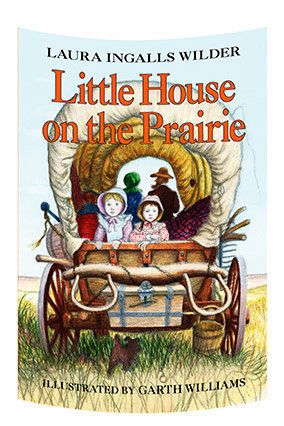 1 / 5
Ailment: Claustrophobia
<strong>The book:</strong> <a href="http://www.amazon.com/Little-House-Nine-Book-Box-Set/dp/0064400409?tag=thehuffingtop-20" target="_blank">Little House on the Prairie</a> by Laura Ingalls Wilder <strong>How it can help:</strong> Revisit this classic to be transported to the wide-open plains of Kansas, where the sky goes on forever and the prairie is as vast as the sea.