There are lots of reasons to be in a less-than-stellar mood. Strained relationships, financial woes and health problems can all conspire to bring down your mental well-being. For factors like these, we have very little control or say over the outcome. But fortunately, there are a few small things you can change in your life to give your mental state a little lift.

Below, some potential hidden reasons for your bad mood (and how to remedy the situation STAT):

1. You're not getting enough fruits and veggies. 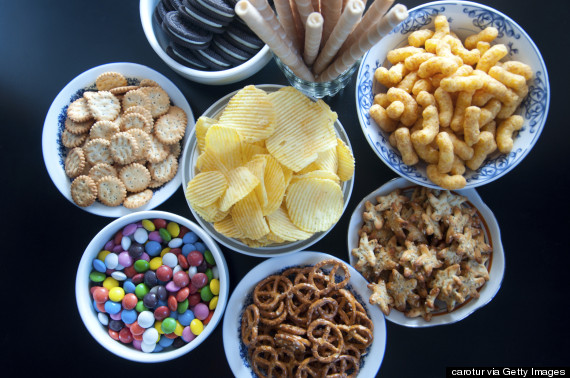 Yes, produce is good for your physical health, but it can also have an impact on mental well-being. Researchers from the University of Warwick and Dartmouth College looked at the diets and well-being of 80,000 people in Great Britain, and found that people who ate about seven 80-gram portions of fruits and vegetables a day also had the highest mental well-being, which included factors like happiness, nervousness, feeling "low" and mental disorders.
The fix: Thank goodness for the Internet and its virtually boundless trove of fruit-and-vegetable-loaded recipes. Luckily, HuffPost has rounded up some yummy ways to eat more produce here and here. 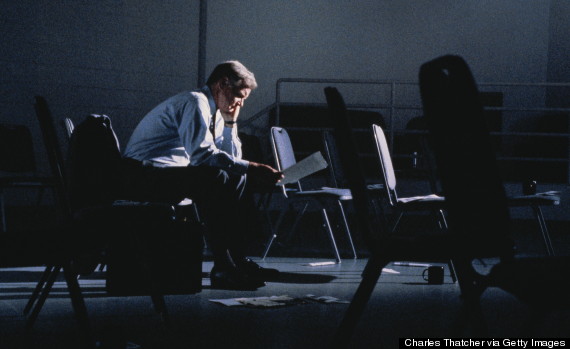 Trapped inside all day? That could be contributing to the grumps. In a small study, Zayed University researchers asked 20 people with low vitamin D levels and symptoms of depression to either go spend more time out in the sun, or to see their doctor. After seven weeks, people encouraged to soak up more rays had fewer depressive symptoms compared with the other participants.
The fix: Take a walk outside! (And taking a break during your workday could hold other benefits, too.) 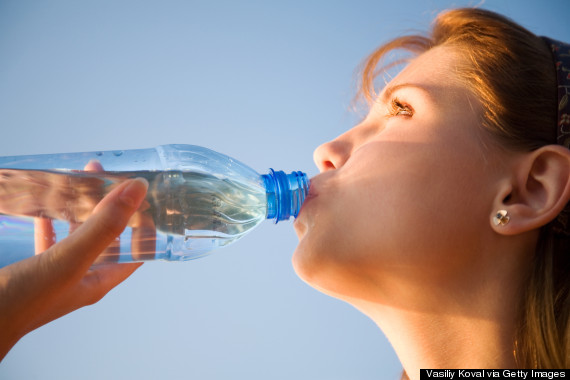 Being just a little bit dehydrated could lead to fatigue, loss of focus and a worse mood when exercising and resting, according to a small 2012 study in the Journal of Nutrition. (We should maybe coin a term for the hydration form of being "hangry" ... thangry?)
The fix: Make sure you're guzzling enough good ol' HO. While the oft-heard adage to get eight glasses of water a day is largely considered outdated, the Institute of Medicine does recommend 3.7 liters of total beverage intake each day for men and 2.7 liters each day for women. (And yes, this does include other kinds of beverages, like tea, coffee and juices.)

4. You're working too much. 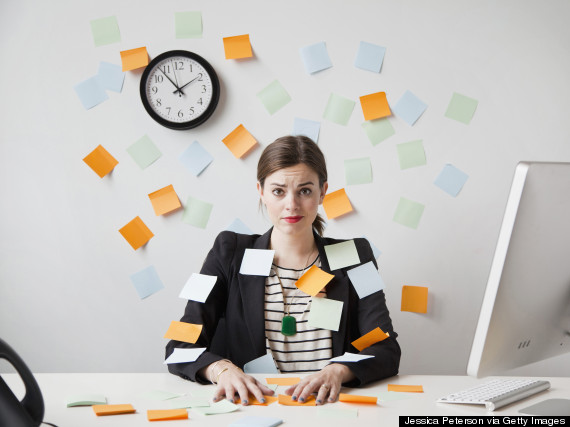 Workaholics don't just set themselves up for poorer physical health, but mental health, too. A study from Kansas State University researchers showed that people who work more than 50 hours a week had decreased physical well-being (from skipping meals), as well as "reduced mental well-being as measured by a self-reported depression score," study researcher Sarah Asebedo said in a statement.
The fix: Sure, you may be working so much because of circumstances out of your control (deadlines, projects, managers' expectations). But there are little steps you can take to get out of "survival mode" at the office and make yourself more grounded. HuffPost President and Editor-in-Chief Arianna Huffington, for instance, recommends in her book Thrive: The Third Metric to Redefining Success and Creating a Life of Well-Being, Wisdom, and Wonder to take baby steps for life transformation -- trying to get a little more sleep, making time for meditation, etc. -- as well as keeping in mind what is truly important in life so you can better prioritize your goals. 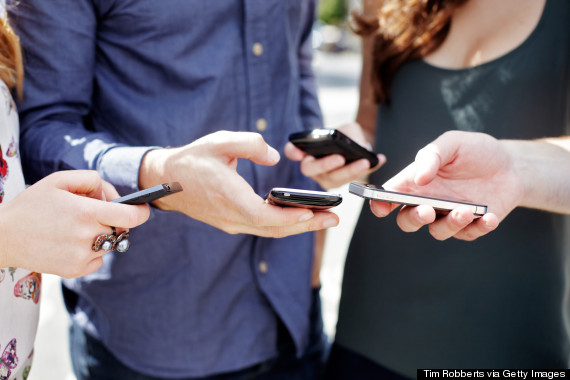 The longer you spend on social media, the worse your mood will get, suggests a 2014 study from Austrian researchers. The reason, it seems, is because using Facebook can feel like a waste of time. "It's not surprising that if you do something you don't consider very meaningful, you're not in a good mood afterward," study researcher Christina Sagioglou told HuffPost Tech.
The fix: Actually put the phone down and spend some time with the people physically around you! Need more reasons to give Facebook a break? Check out this post. 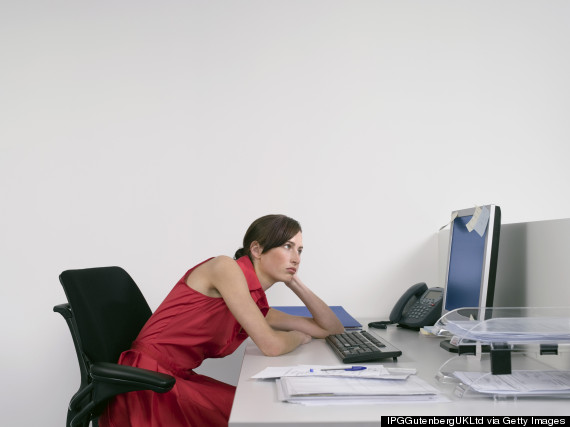 Little did you know that your mom's admonishments to "sit up straight" were actually for your mental well-being. A study from San Francisco State University researchers found that changing your posture so that you're more upright is associated with improved mood and energy. “It's very similar to the principle of 'fake it till you make it' -- you can convince your body to have more energy," study researcher Erik Peper, Ph.D., told PsychCentral.
The fix: Maintain good posture -- and then reap all the benefits. The Wall Street Journal points out that having good posture can not only be good for mood but also for decreasing pain in the joints and back. Plus, maintaining good posture can even be a practice in mindfulness.

7. You haven't laughed (or smiled) in awhile. 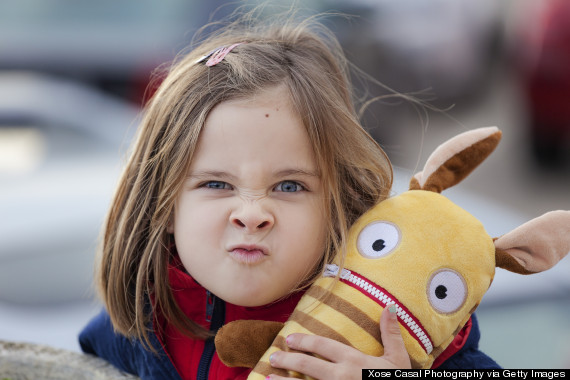 Laughter can actually have an improvement on memory and levels of the stress hormone cortisol, according to a Loma Linda University study. And even just a smile can do the trick -- The Atlantic reported on a Psychological Science study showing that even a forced smile can lower stress and increase positive feelings.
The fix: Get thee to a funny article, posthaste! Or, just crack a smile. 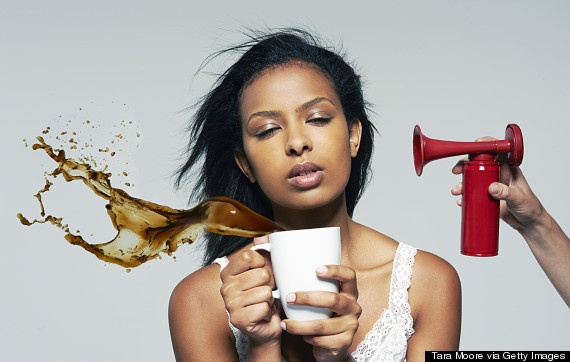 OK, so it's not exactly a secret that being sleepy can turn the most charming of personalities into a total crab apple. But it bears mentioning that there's a link between not getting enough sleep and increased stress and irritability. Harvard Medical School's Division of Sleep Medicine points out that just getting too little sleep (and not pulling a complete all-nighter) for a week can increase feelings of mental exhaustion, anger and sadness.
The fix: While the amount of sleep needed differs from person to person, the National Sleep Foundation points out that experts generally agree adults need seven to nine hours a night, while kids and teens need a bit more. However, it's vital that you figure out for yourself what sleep amount makes you the happiest, healthiest and productive.

9. You haven't escaped to nature in awhile. 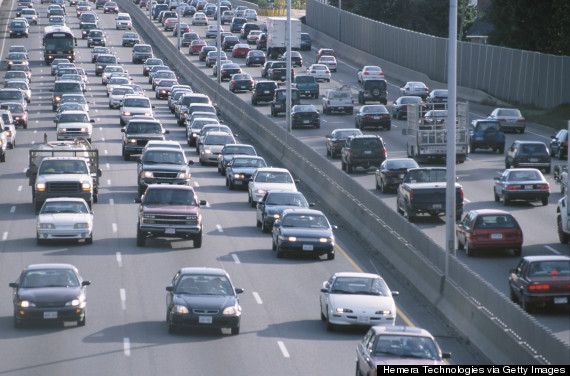 A trip to immerse yourself in nature really can do your mind some good. In a University of Michigan study (commissioned by the environmental group the Sierra Club), veterans went on a multi-day hiking and camping trip. After the trip, their scores on measures of psychological well-being, social functioning and life outlook were all higher. While the study only looked at vets, other research has suggested benefits of spending time in nature for other people, too. An Environmental Science & Technology journal study, for instance, showed that people who move to urban areas with green spaces have improved mood and mental health, even years after the move.
The fix: There are lots of reasons -- and ways -- to tune back into nature. Check out our Go Rogue series for ways biking, hiking, surfing and more can help you be happier and healthier. (And don't overlook the benefits of simply getting some fresh air or escaping to the mountains!)

Use These Colors To Change Your Mood