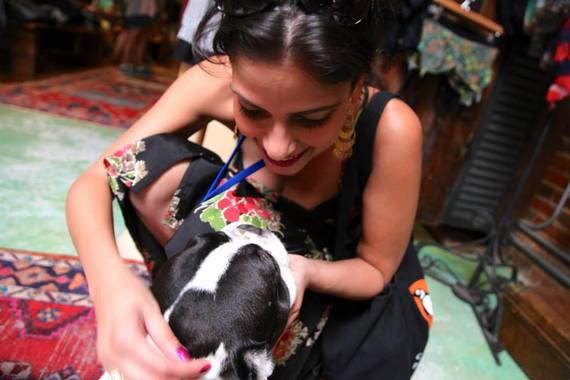 I don't speak Arabic. I rarely pray more than once a day. I don't cover my hair. I curse. I sing. I dance. I paint my nails. I sport spaghetti straps. I love dogs. And if pork and alcohol didn't smell so nasty to me, I'd have no trouble consuming either.

I have jokingly called myself a "bad Muslim" in the past on account of all of this, but that stops today. If only to check the true infidels -- that is, the enemies of peace, truth, love, and therefore, the enemies of the Islam I know and hold so dear -- I cannot continue to make this joke. And it is a joke, because I don't consider myself a bad Muslim. I believe in one God, the Most Merciful, the Most Compassionate (the same God, by the way, as Jews and Christians). I believe in the Qur'an as divine revelation. I believe in Muhammad, Jesus and Moses and all of the prophets of Islam. I give to charity, and I engage in jihad daily, without reservation and within the true meaning of the word: a spiritual struggle, not a "holy war" as it is chronically mistranslated. I struggle to seek truth, to fight injustice and to persevere through faith. So, no, I am not a bad Muslim.

Today, Islam is under attack by a small group of exceedingly bad Muslims claiming to be exceedingly good ones. But they do not represent me. These people have hijacked and perverted Islam to justify the most unspeakable -- and decidedly un-Islamic -- acts of violence and oppression for personal and political gain. And so today, in the age of ISIS, I can no longer call myself a bad Muslim, not even in jest.

In the wake of the wave of recent terrorist attacks by people claiming to be Muslim -- in Paris, Beirut, Syria, Iraq, Mali, Tunisia and beyond -- I'm having a great deal of trouble reserving judgment. Once you start murdering innocent men, women and children, for example, I no longer consider you Muslim. Sure, I admit that judging others doesn't make me the best Muslim, but then again, neither does slaughtering innocents.

So to the vast majority of Muslims like me who eschew violence, yet still don't fit the idealized mold that you've constructed in your own minds regarding what makes a "good Muslim," I beg of you: quit calling yourselves bad Muslims -- at least as long as global leaders and media outlets continue to obsess over a small group of really bad Muslims who claim to represent us.

Whenever a self-proclaimed Muslim commits a crime that gets any media attention, I often hear people ask where the "moderate" (aka non-murderous) Muslims are -- not realizing that we're everywhere and that it's not our job to condemn and apologize for the bad acts of everyone who claims to be Muslim any more than it's every Christian's job to condemn and apologize for the Ku Klux Klan or the Lord's Resistance Army.

At a time when American political figures can publicly float ideas as absurd and offensive as constructing a database of Muslims or the closure of mosques or even Muslim internment camps as viable solutions to so-called Islamic terrorism, we cannot continue calling ourselves "bad Muslims" in good conscience -- at least not among non-Muslims who seem perfectly fine championing policies that have historically resulted in genocide. Clearly, many of these non-Muslims -- seemingly eager to accept the accuracy of the most vicious and aberrant interpretations of Islam as promoted by ISIS and associates -- simply don't get the joke.