Hope for the best, prepare for the worst.

That's the often-quoted mantra among people on the verge of receiving potentially bad news. Everyone prepares for bad news a little differently -- some dive right in and dissect every horrifying outcome while others maintain a sunny disposition and refuse to worry until there's something definitive to worry about -- but according to researcher and psychology professor Dr. Kate Sweeny, there may actually be an ideal way to approach the uncertainty.

In her research, Sweeny has studied patients awaiting biopsy results, law students awaiting news about the bar exam, researchers awaiting manuscript decisions and countless others in similar states of uncertainty. In some cases, people know that the news is going to be bad; the only question is to what degree. For these types of moments, Sweeny has concluded that the best approach is to allow yourself to expect the worst-case scenario.

"It's no fun to expect the worst or brace for the worst, but it helps you to really be ready to take that bad news when it comes, given that you know that it's going to be one kind of bad or another," Sweeny says. "This can be really important when you have to then make decisions after the bad news."

For example, imagine that you've made a huge error at work. You know you'll be in trouble for it, but you don't know whether you'll be reprimanded or fired. Sweeny's research suggests that it is best to prepare for losing the job.

"If you've prepared for that, both emotionally and practically speaking, it might not be such a bad blow," she says. "You might have already started looking at other jobs that you could apply for, you've maybe warned your family."

The same effect can happen with even the most life-altering news, Sweeny adds.

"We know from research that when people hear they have cancer, for example, they tend to shut down. They don't hear anything the doctor's saying, and it's really difficult to make good decisions," she says. "If you're prepared when you go in, that you know the news will be bad, then you might be able to make better, quicker decisions in these life-threatening moments."

The key to this preparation is to make sure you prepare on both an emotional and operational level.

Though this approach may seem dark or initially off-putting, Sweeny says that it can have a powerful impact when that news finally arrives.

"Being prepared in that way can really help to sort of take that blow in your life and make sure that your life doesn't completely fall apart if you get bad news," she says. "You can actually embrace that moment, move forward and do so productively."

What everyone forgets to do when they're overwhelmed

How to cope with things that just aren't fair

4 ways to survive your darkest days

PHOTO GALLERY
7 Unexpected Signs of Stress
Download
Calling all HuffPost superfans!
Sign up for membership to become a founding member and help shape HuffPost's next chapter
Join HuffPost
Voting Made Easy
Register to vote and apply for an absentee ballot today
Register now 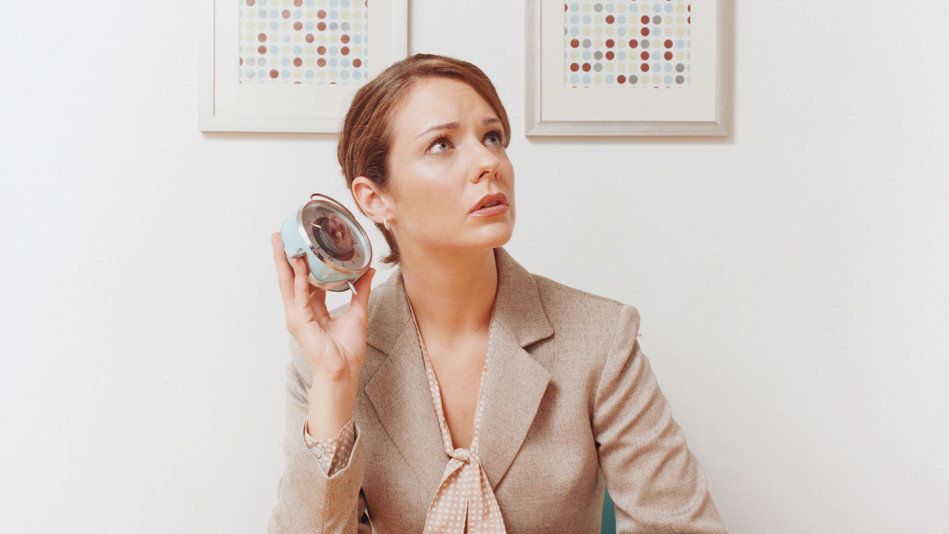 1 / 7
You're Hearing Sounds That No One Else Does
<strong>Why it could be stress:</strong> Exactly how tinnitus is linked to stress isn't clear, but research in <a href="http://www.ncbi.nlm.nih.gov/pmc/articles/PMC3056746/pdf/1471-2458-11-130.pdf"><span><em>BMC Public Health</em> </span></a>found that people who were worried about being fired or moved to another job were more likely to report tinnitus (hearing a noise like ringing, buzzing, clicking or even hissing) or hearing loss than those who felt secure in their roles.&nbsp; <strong>Other possible causes:</strong> Earwax buildup, really loud noises and age-related hearing loss. If it's happening often enough to bother you, see an ear nose and throat specialist to nail down the cause. &nbsp;
Silvia Otte/Getty Images