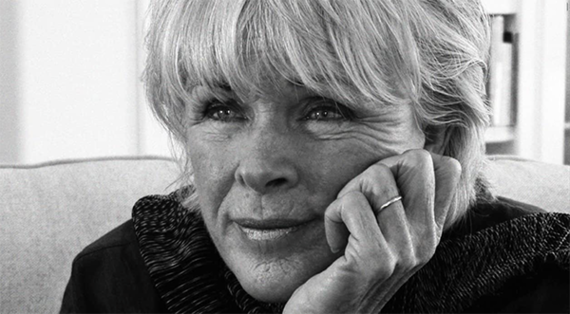 A doctor once took a sample of my blood and came back to me with a long face. He said he was bringing bad news; he was very sorry, but I had cancer. Bad news? I couldn't help laughing. When I looked at him, I saw that he was quite taken aback. Not everyone understands this kind of laughter. Later, it turned out that I didn't have cancer, and that was good news too.

The truth is that until we love cancer, we can't love life. It doesn't matter what symbols we use--poverty, loneliness, loss--it's the concepts of good and bad that we attach to them that make us suffer. I was sitting once with a friend who had a huge tumor, and the doctors had given her just a few weeks to live. As I was leaving her bedside, she said, "I love you," and I said, "No, you don't. You can't love me until you love your tumor. Every concept that you put onto that tumor, you'll eventually put onto me. The first time I don't give you what you want, or threaten what you believe, you'll put that concept onto me." This might sound harsh, but my friend had asked me to always tell her the truth. The tears in her eyes were tears of gratitude, she said.

No one knows what's good and what's bad. No one knows what death is. Maybe it's not a something; maybe it's not even a nothing. It's the pure unknown, and I love that. We imagine that death is a state of being or a state of nothingness, and we frighten ourselves with our own concepts. I'm a lover of what is: I love sickness and health, coming and going, life and death. I see life and death as equal. Reality is good; so death must be good, whatever it is, if it's anything at all.

Until you experience death as a gift, your work's not done. So if you're afraid of it, that shows you what to question next. There's nothing else to do; you're either believing these childish stories, or you're questioning them--there's no other choice. What's not okay about dying? You close your eyes every night, and you go to sleep. People look forward to it; some people actually prefer that part. And that's as bad as it gets, except for your belief that says there's something else. Before a thought, there's no one, nothing--only peace that doesn't even recognize itself as peace.

What I know about dying is that when there's no escape, when you know that no one is coming to save you, there's no fear. You just don't bother. The worst thing that can happen on your deathbed is a belief. Nothing worse than that has ever happened. So if you are lying on your deathbed and the doctor says it's all over for you and you believe him, all the confusion stops. You no longer have anything to lose. And in that peace, there is only you.

People who know there's no hope are free; decisions are out of their hands. It has always been that way, but some people have to die bodily to find out. No wonder they smile on their deathbeds. Dying is everything they were looking for in life: they've given up the delusion of being in charge. When there's no choice, there's no fear. They begin to realize that nothing was ever born but a dream and nothing ever dies but a dream.

When you're clear about death, you can be totally present with someone who's dying, and no matter what kind of pain she appears to be experiencing, it doesn't affect your happiness. You're free to just love her, to hold her and care for her, because it's your nature to do that. To come to that person in fear is to teach fear: she looks into your eyes and gets the message that she is in deep trouble. But if you come in peace, fearlessly, she looks into your eyes and sees that whatever is happening is good.