The U.S. will withdraw from Afghanistan by the end of 2014 according to the current plan. That year will also mark the 100th anniversary of the start of World War I.

In 1914, the Great Powers were optimistic that they would be quickly victorious. When Kaiser Wilhelm addressed departing German troops in the first week of August 1914, he told them "You will be home before the leaves have fallen from the trees." But it was millions of deaths and four full years later that the armies returned home.

Over the next year or so, many will reflect on the anniversary of World War I and wonder how such a fiasco happened. One factor that will undoubtedly be raised was the optimism of military and civilian leaders and the failure of the elites and the public to question the militarism that ruled the day in Austria, France, Britain, and Germany.

So, too, back in October 2001, few probably believed the U.S. would still be fighting in Afghanistan 12 years later, despite the Bush administration's cautions that it was launching a long or even forever war to keep terrorists at bay. Rather, in the rush to retaliate, few questions were asked by the Congress or the public. Congress was nearly unanimous in supporting the open-ended authorization to use military force, and 97 percent of American public opinion favored war.

At best, Afghan war planning was open-ended and at worst it at least tacitly articulated the assumption that this first bout -- hitting a "target-poor" country and "primitive," turbaned enemy -- would be quickly dispatched. And though the Bush administration immediately recognized that it would have to engage Pakistan's support, few imagined that Pakistan would become part of an escalating and widening war.

How things change. By 2013 the Pew Global Attitudes Project showed that nearly two-thirds of the U.S. public thought American troops should leave Afghanistan.

And no wonder. When U.S. attacks killed Afghan civilians in the first months of the war, Deputy Defense Secretary Paul Wolfowitz said the harm was regrettable, but that in war, "bad things happen." And they have.

Yes, Bin Laden was killed. But so were approximately 145,000 other people in Afghanistan and Pakistan, including 2,280 U.S. soldiers. And this is the tip of the iceberg -- many more have died or been injured because of the destruction of infrastructure and the mass dislocation that always accompany war.

The political costs of the drone war in Pakistan have also been enormous. While analysts argue about the number of civilians killed by those strikes, even the Obama administration has finally acknowledged that the civilian deaths in Pakistan have hurt the U.S. image there and abroad. Further, the legality and Constitutionality of the drone war are debatable, even after the revisions in U.S. policy announced by President Obama in May of this year.

Yet, even more devastating for Pakistanis than the U.S. drone strikes has been the mushrooming conflict along the border with Afghanistan. Indeed, as the government attacks militants, and the militants attack the government, many more civilians have been killed in Pakistan. Direct war related death in Pakistan, according to Pakistani estimates, outnumber the harm to civilians in Afghanistan.

And the monetary costs of the AfPak war have become nearly as staggering as the costs of the Iraq war. To date Congress has appropriated more than $608 billion for the Pentagon's direct war costs in Afghanistan. But underneath the tip of this iceberg are the costs of military assistance to Pakistan and the obligations to pay for veterans' care. Further, increases in the Pentagon's base budget and Homeland Security can be attributed to the ongoing war in Afghanistan. All told, this war has cost an estimated $1.3 trillion through this fiscal year.

If we factor in future obligations to Afghanistan war veterans and money the U.S. will need to pay interest on the borrowing to pay for the war, by 2053 the U.S. will have paid more than $4.7 Trillion for the Afghanistan conflict.

The economic costs to Afghanistan and Pakistan themselves, in the costs for future reconstruction and economic development and long term care of their own wounded and refugee populations, are as yet unknown. Along with an economy distorted with massive corruption and militarized government budgets, they will be staggering.

If we asked too few questions 12 years ago, it is not too late to start asking questions now. 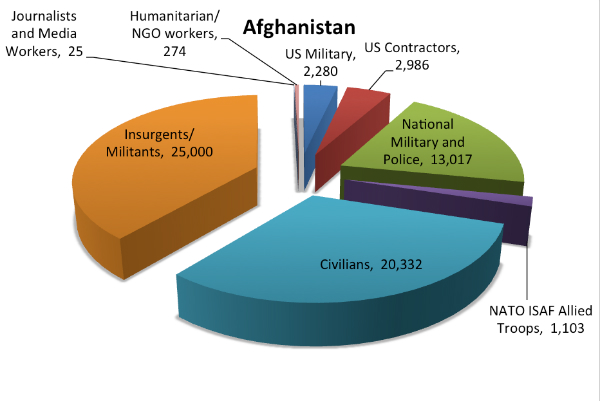 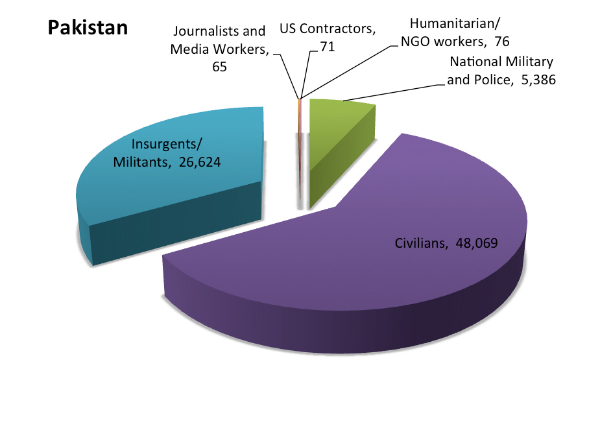