Botox is more ubiquitous than yoga pants in Hollywood. But women (and men) in Asia have been taking part in a different injection "trend" for years: saline bagel-shaped injections on one's forehead.

"National Geographic Taboo" chronicles the bizarre beauty treatment in an upcoming episode set in Tokyo, following three people who opt into the temporary forehead injections which have become a keen part of the Japanese "body modification" art scene.

Here's how it goes down: technicians insert a needle into the forehead and inject about 400 cc of saline to create a forehead-sized blob. (One bagel-ee describes is as feeling like "something's dripping down [his] head" and a "slight stinging sensation.") The practitioner then places his or her thumb into the blob to create the indentation.

For those of us who don't see the appeal in any sort of forehead needles, you can't help but wonder: why in the world would you want a bagel in your head? A Japanese artist named Keroppy who pioneered the "modcon" body art explained to Vice back in 2009 that it's about innovation: "People who like extreme body modification want to find their own way of doing things, and they’re always looking for new ways to do that. The more progressive the scene gets, the more these people have to experiment and go their own way."

Luckily, the bagel-shaped injections aren't permanent; the round protusion fades after about sixteen hours as your body absorbs the saline.

Will this be the new Botox? Catch the episode on National Geographic on Thursday, Sept. 27 at 10 p.m. ET. 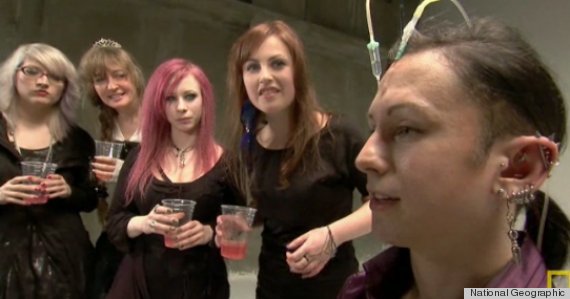 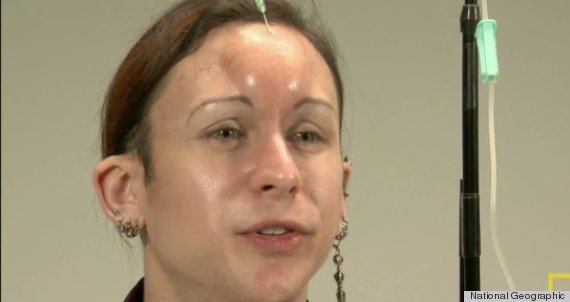 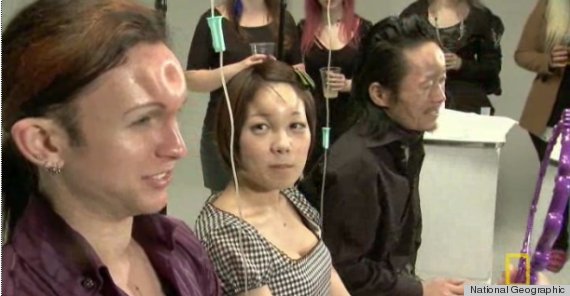