"Oh my sweet, buttery bagels." Everyone's talking about Japanese bagel heads, or saline in the forehead. And most of these claims are grossly inflated.

In September, National Geographic's Taboo featured this extreme body modification, created by a saline drip into the forehead. My TV company, La Carmina & The Pirates, did the local production coordination, casting and translation for the episode. We have close ties to Tokyo's body mod community, and previously arranged "bagel" segments for other television programs.

When the segment aired, it caused an unexpected media frenzy. (Watch the full video clip here and below.) Many major news networks ran bagel head stories, and Anderson Cooper included it on his "Ridiculist."

While I feel National Geographic did an excellent job with the episode, the media sensationalism was unfortunate. Some articles suggested that Japanese teens were walking around with permanent donuts on their foreheads! This couldn't be further from the truth. 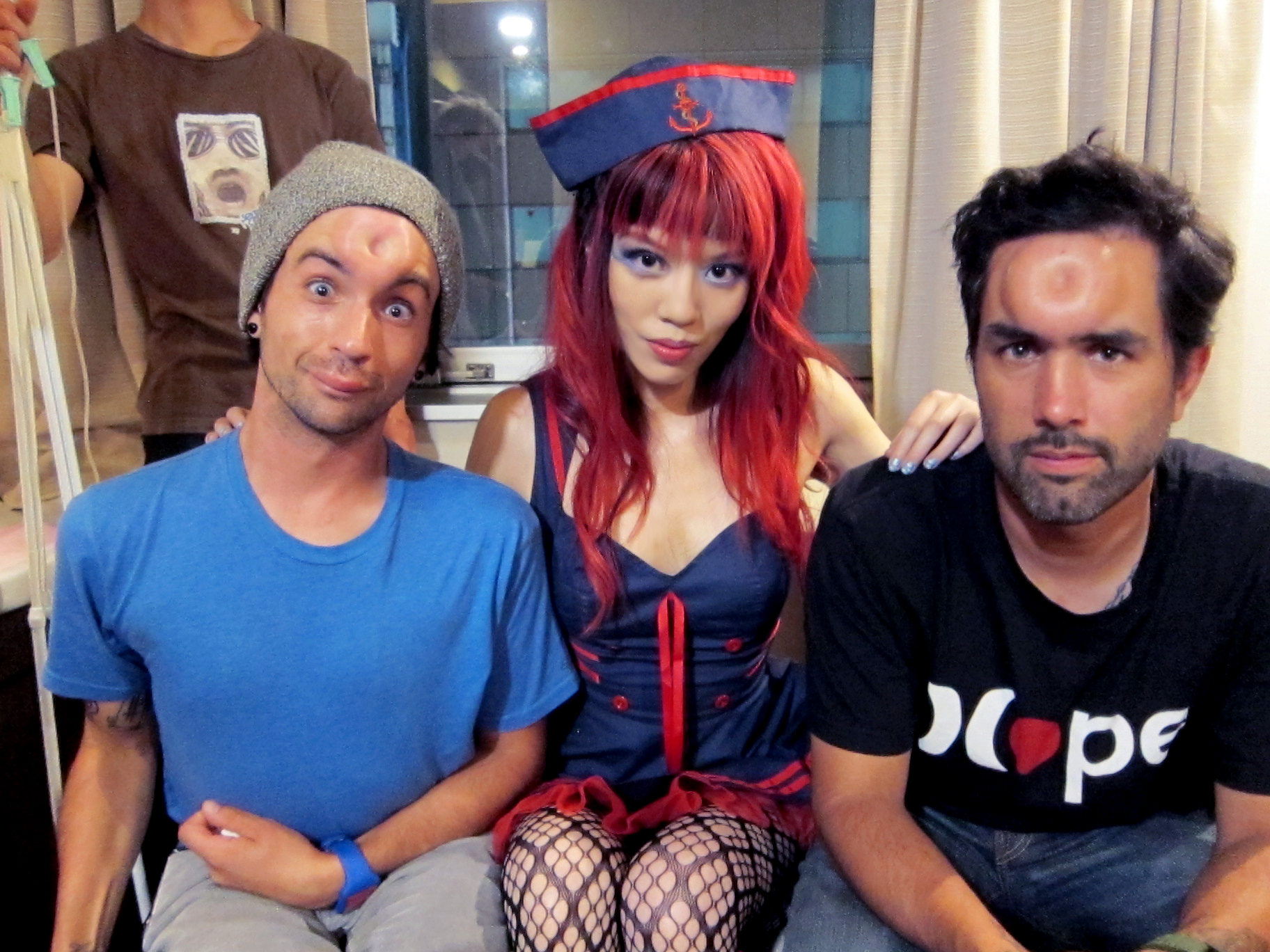 1. Bagel-heads are not a trend. Most Japanese have no idea bagelheads exist, and the procedure is rarely performed. Tokyo's Keroppy Maeda learned about saline inflation in Canada, and brought the mod to Japan. Since around 2007, he's performed about 10 forehead saline inflations (ベーグルヘッド or 生理食塩水) a year, often at special occasions such as underground fetish parties.

Only the most hardcore body modification participants (those with subdermal implants, split tongues and multiple tattoos) take part. To call it a "crazy new Japanese fad" is as accurate as calling dirty underwear vending machines a trend, when only a handful ever existed.

2. A bagel head is not permanent, nor is it surgery. A certified piercer, Asami, inserts a sterile saline drip under the forehead skin. In about an hour, a round swelling forms, which he pushes in with his thumb to make the shape. It hurts a little during the process -- you may feel a headache -- but not after. In six to 24 hours, the saline is absorbed into the body or urinated out, and the skin returns to normal. Nothing's damaged or stretched.

3. When performed properly, getting a bagel-head is not dangerous. I've witnessed this procedure numerous times now, and Keroppy takes all professional precautions. Patients are well-rested and sober. Everyone uses gloves and face-masks.

Some articles warned that if done improperly, bagel heads can result in infection. Keroppy's team minimizes this risk by using hospital-grade saline and equipment. Asami is a well-regarded, certified piercer who never leaves the participants, checking in every few minutes to make sure the drip is working properly.

From my insider perspective, I urge you: Please don't dismiss bagel heads as "weird and gross" before doing some thoughtful research. Tokyo's a center of subcultures and personal expression, as you can glean from my alt nightlife posts. I'd best describe bagel heads as a live art installation, an act of play, or even a bonding session.

If you'd like more information about bagel head inflation, my TV company acts as the English-language liaison to Japan's alternative and fetish scene. You can see more video clips and contact us on our bagelhead website.

What's your reaction to this extreme body mod?