United Express is investigating how a baggage handler became trapped inside the cargo area of one of its planes en route from Charlotte, North Carolina, to Washington, D.C.

The United Express flight 6060, operated by Mesa Airlines, departed Charlotte-Douglas Airport and traveled for 1 hour and 22 minutes to Washington Dulles International Airport on Sunday. The plane was an Embraer 175, a small regional jet, according to FlightStats.com.

Reginald Gaskin, 45, who declined to comment when reached by The Washington Post, was stuck inside the cargo area of the plane, but was reportedly unharmed. Airline workers became aware Gaskin was possibly trapped in the plane when the flight was already en route, the Post reported.

“An employee of the airline’s ground handling vendor was found unharmed in the aircraft’s cargo hold,” United Express said in a statement. “The cargo hold was temperature controlled and pressurized and the employee is safe. We are continuing to look into what happened.”

This article has been updated to include a statement from United Express. 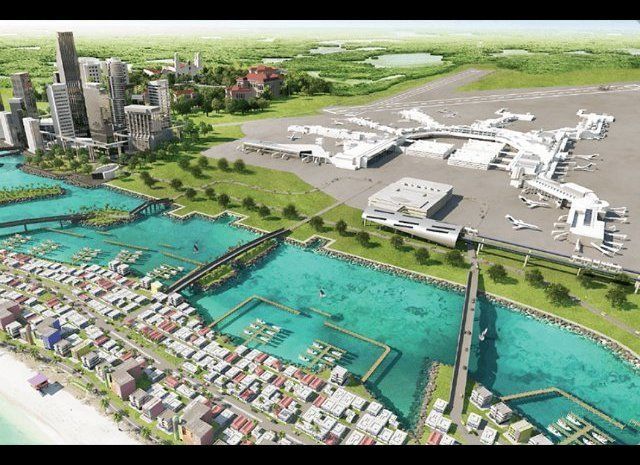 1 / 5
Miami International Airport
Best known for high-end shopping, Miami International has plenty to keep travelers occupied. Stores like Coach, Brookstone and Emporio Armani line the terminals and have led the airport to a top ten spot on CheapFlight’s best airports for shopping list. The Miami mall-like airport was the only American one to make it on the list. <em>Photo Credit: Shopmiamiairport.com</a></em> <a href="http://www.theactivetimes.com/airports-awesome-amenities?utm_source=huffington%2Bpost&utm_medium=partner&utm_campaign=airport" target="_hplink"><strong>Click Here to See More of Airports with Awesome Amenities</strong></a>