The Baha'i International Community issued a statement denouncing the destruction of a historic cemetery in Shiraz, Iran, which is the burial site of ten Baha'i women who were hanged by the government in 1983.

Their deaths came to symbolize the worst of the government's persecution of Baha'is, who are Iran's largest religious minority. One of the women killed was 17-year-old Mona Mahmudnizhad, who was executed for the crime of teaching Sunday school for children.

After her death, Mahmudnizhad became a hero to the Baha'i community even as their sufferings continued. Reportedly, after she endured torture and humiliation in prison, she kissed the hands of her executioner and then the rope. She placed the noose around her own neck and smiled "in a final act of defiance," according to Payam Akhavan, co-founder of the Iran Human Rights Documentation Centre.

The cemetery is being destroyed by the Revolutionary Guards, despite international criticism of the action, which is reportedly taking place without a permit from municipal authorities.

Bani Dugal, principal representative of the Baha'i International Community to the United Nations, criticized the Iranian president for his inaction, saying, "Given that his own advisor has been travelling the country calling for respect for religious minorities, we would hope that President Rouhani himself would step in and get the Revolutionary Guards to stop this desecration."

She added, "Given the historic character of this ground, where some 950 Baha'is are buried, including ten women who were hanged in 1983 for their refusal to recant their Baha'i belief, this continuing action is not only illegal but morally outrageous."

In December, the U.S. Senate formally condemned Iran's persecution of Baha'is by passing Resolution 75, which put pressure on the Iranian government to address the plight of the community and include it in the planned draft Charter of Citizen's Rights.

During their trial, the women were told that if they renounced their faith, they would be released. However, none accepted. 28-year-old Zarrin Muqimi-Abyanih said, "Whether you accept it or not, I am a Baha’i. You cannot take it away from me. I am a Baha’i with my whole being and my whole heart.”

The Revolutionary Guards announced plans to build a new cultural and sports building on the site of the cemetery, reports Baha'i World News Service.

Historic Baha'i Cemetery In Iran Excavated, Destroying Graves Of Martyrs
10 Baha’i Women That Everyone Should Know 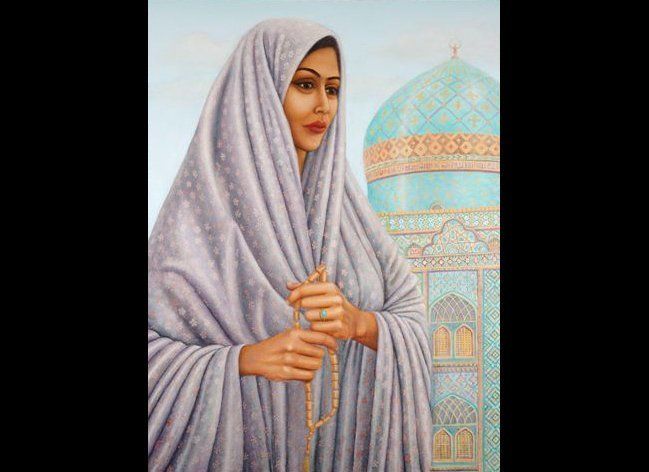 1 / 10
Tahirih
Tahirih (ca. 1817-1852), eminent Iranian poet-scholar; one of the original 19 followers of the early Baha'i movement. As she was put to death <a href="http://www.bahai.us/2011/08/25/tahirih-a-tribute/">she exclaimed</a>, "You can kill me as soon as you like, but you cannot stop the emancipation of women." She is considered the first woman suffrage martyr.