There is a common saying that learning in medical school is like trying to drink water from a fire hose. Throughout my first few weeks of classes, I was overwhelmed by all of the information and wondered how such small details could possibly be relevant to my career as a physician. However, a visit to the Baha'i House of Worship for North America showed me profound connections between medical education and interfaith work. 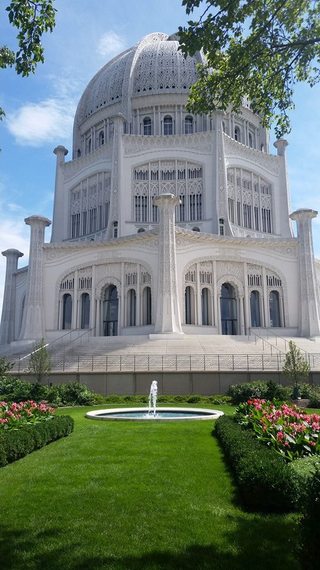 While flipping through passages from the Baha'i scriptures, I was struck by a quote from Baha'u'llah (the founder of the Baha'i faith) that referred to God as an infallible physician:

"The All-Knowing Physician hath His finger on the pulse of mankind. He perceiveth the disease, and prescribeth, in His unerring wisdom, the remedy...Be anxiously concerned with the needs of the age ye live in, and center your deliberations on its exigencies and requirements. We can well perceive how the whole human race is encompassed with great, with incalculable afflictions. We see it languishing on its bed of sickness, sore-tried and disillusioned." (Gleanings from the writings of Baha'u'llah, ch. 106).

As a practicing Muslim, I consider the Quran as the word of God, and a guide for virtuous behavior. However, I had never thought of mankind's numerous problems like poverty, discrimination, and violence in terms of "diseases" that could be addressed with the proper "remedies." When Prophet Muhammad is reported to have said that, "There is no disease that Allah has sent down except that He also has sent down its treatment" (Sahih Bukhari), perhaps he meant that all of mankind's sociological problems could also be solved through faith and good works. I was also reminded of a quote from Pope Francis where he likened the Church to a field hospital that had to focus on "binding up the wounds of mankind." According to this metaphor, any person who worked for social justice was a type of "physician." Just as doctors have a responsibility to heal patients, every human being has a moral responsibility to heal mankind's other wounds.

While reflecting on these themes, I also focused on the sentence of Baha'u'llah's quote that emphasized living in the present. At the moment, I was worried about all of the information I would have to learn over the next few weeks of gross anatomy. Sensing my frustration, my good friend (a devout Catholic) who had traveled to the Baha'i temple with me reminded me of the importance of "finding God in all things," a concept we had explored through our Jesuit education at Georgetown University. She reminded me that no action was wasted as long as it was done with the intent of working Ad Maiorem Dei Gloriam ("for the greater glory of God," the Jesuit motto). She echoed a theme that my parents and my mentors in med school had been saying for weeks: the minutia I needed to learn may seem pointless at the moment, but all of my studying would be worth it if I put my education towards service and justice in the future.

With this mindset, I am now inspired and enthusiastic to resume my medical education. I am reminded of one of my favorite verses from the Quran:

This verse implies that all of God's words cannot possibly be written down, and that humans can, at best, understand only a miniscule fraction of God's power and knowledge. What's most important for Muslims is that we learn to respect and serve God while acting virtuously towards others in our temporary lives on earth. Just as no mortal could possibly comprehend all of the Quran's deeper meaning, no medical student could reasonably expect to learn every single intricacy and detail of the medical field. Indeed, new scientific advances are constantly deepening and altering our comprehension of the human body and its disease processes.

I am content to not know 100% of human anatomy, while still attempting to absorb as much information as possible and reflecting on the wonder of God's creation. And in just a few short weeks (after the end of anatomy), I look forward to putting my medical skills towards service throughout my new home of Chicago. 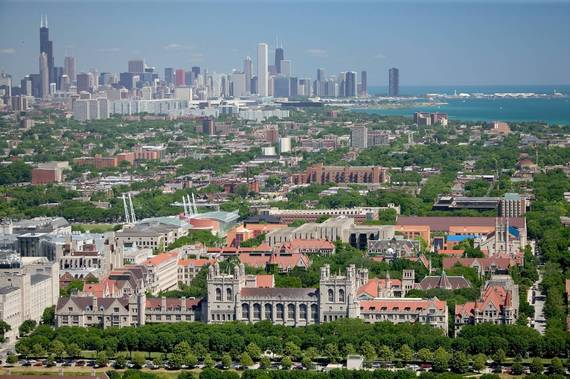