Ninety-five years ago, an American woman traveled alone throughout South America with the aim of spreading awareness of a new religion that had begun in Persia a few decades earlier. She crossed the Andes mountains on the back of a mule over an ancient trail 10,400 feet above sea level, wearing "three suits of woolen underwear, two sweaters, two coats and a steamer rug" to keep from freezing. At one point of the journey, she and her travel guides went through a dark tunnel that "took over an hour in stumbling, slipping blackness in which the frightened mules shied and fell." She said many prayers for protection for her traveling party. Her name was Martha Root, and her prayers on that journey were the first Baha'i prayers to be said in the Andes Mountains, and her trip the first time the Baha'i teachings were brought to Chile.

Martha Root was to make many trips around the world spreading the Baha'i Faith, which is now the second most widespread religion worldwide after Christianity. In the foothills of the Andes Mountains to the east of Santiago, Chile, a new spectacular Baha'i Temple is taking shape -- a testament to how far the community has come in the country since its humble beginnings.

Much has and will be written about the building itself, winning architectural awards and acclaim. With nine translucent wings made of a special kind of marble and cast glass, it will allow sunlight to filter in during the day and a soft glow of light to radiate out at night. Even during its construction, the temple is having a tremendous effect on the Baha'i community and the wider public in Chile. 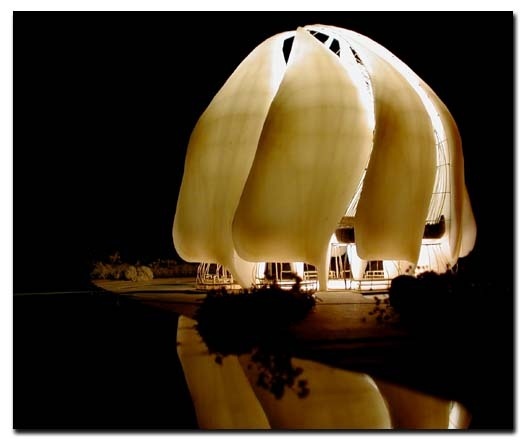 A Senator of the Republic of Chile, Mr. Francisco Chahuán, recently said while on a visit to the temple site:

I have no doubt that this place is destined to be a center of prayer, meditation and gathering, especially considering that one of the fundamental pillars of the Baha'i Faith is unity in diversity. It will also invite all of the inhabitants of Peñalolén and the whole country to seek a place of tranquility and retrospection, where they can effectively discover the innermost depths of their being and connect to their highest aspirations.

One of the foundational teachings of the Baha'i Faith is the recognition that a new stage of history has arrived out of which a global civilization will, in stages, emerge. The nation of Chile is an interesting example of this: geographically and historically isolated by vast mountains and oceans, it is now increasingly being connected with, and contributing the unique talents of its peoples to, the rest of the world. The design of the South American Baha'i temple reflects this concept, with each of the pieces of marble panels being unique in size and shape, and yet assembled and harmonized in such a way as to create an exquisitely beautiful whole far greater than the sum of its parts. 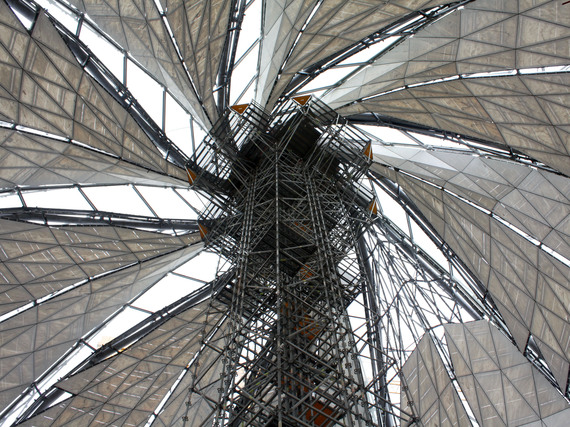 Photos: Courtesy of the Baha'i Temple Board of South America and the Office of Development and Construction of the Temple

Another key idea embodied in the design of the temple is the unity of spiritual with material, and service with worship. In a conversation with Eduardo Rioseco, Director of the Temple, he reflected on the theme of the "quest for justice" in Latin America that many believe after several decades is still largely unresolved. Questions such as educational reform, inequalities in economic opportunity and the quest of people to take charge of and find their own path in life he believes are deeply connected to the vision of worship and service as a way to achieve justice that the temple symbolizes.

Since construction started, the Baha'is have been holding a series of conversations with the residents of the area to discuss the vision of society they wish to build and how citizens can feel empowered to transform themselves and their neighborhoods. They have been working in schools to have conversations with high school age youth to take on responsibilities for service to younger children; as one example, the older youth organized the painting of a mural in a school dedicated to the younger children and created toys with recycled materials to give to the children.

Residents of the area increasingly see that their own personal transformation and the upliftment of their neighborhoods are intimately connected, and that this process is in their own hands. Thus the temple creates a vision of hope, creating a feedback loop of worship, service and transformation. 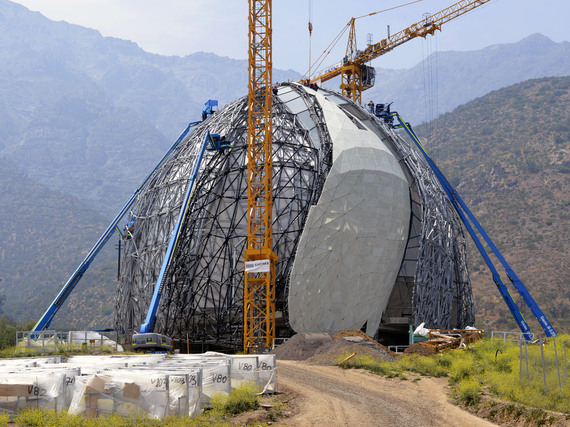 The temple will be open to all without charge, and the services will include readings from the sacred scriptures of all the world's religions. At a time when many recent headline news stories, particularly from the Middle East, show the tremendous damage that occurs from acts of religious fanaticism and intolerance, it is also important, for the future of an increasingly globalizing world, to consider news stories that highlight the beneficial effects of religion at its best, inspiring people to nobler acts of service and inclusivity.

The words of Baha'u'llah, the Founder of the Baha'i Faith, provide a fitting meditation on this theme with which to conclude:

Religion is the greatest of all means for the establishment of order in the world and for the peaceful contentment of all that dwell therein ... Religion is a radiant light and an impregnable stronghold for the protection and welfare of the peoples of the world ... Should the lamp of religion be obscured, chaos and confusion will ensue, and the lights of fairness, of justice, of tranquillity and peace cease to shine... The well-being of mankind, its peace and security are unattainable unless and until its unity is firmly established... So powerful is the light of unity that it can illuminate the whole earth.