This Friday and Saturday, November 13 and 14, the Baha'i community will for the first time on a global basis celebrate "Twin Holy Days" associated with the birthdays of the two Founders of their religion.

These holy days had previously been celebrated in Western countries according to the Gregorian calendar, which as a solar calendar had their birthdays several weeks apart. With the further implementation of a new calendar system for the Baha'i community this year, these holy days will now be observed according to a lunar element of the calendar and thus fall on consecutive days. Having the celebration on successive days is symbolically significant, as the missions of the Bab and Baha'u'llah are tightly interwoven in many ways.

The Bab and Baha'u'llah were born 196 and 198 years ago respectively, and their lives are remarkable in the field of religious history. In a tribute held by the Brazilian Parliament to the life of Baha'u'llah, Luis Gushiken, a member of Brazil's parliament at the time, described Baha'u'llah's writings as "the most colossal religious work written by the pen of a single Man." During the six year period from the declaration of His religious mission until His execution by the Persian government in 1850, the Bab is estimated to have written religious texts totaling some half million verses, while during His religious ministry Baha'u'llah wrote texts totaling some 100 volumes. Even in their original Arabic and Persian, only a small portion of these texts have yet been published, with an even smaller fraction translated into English. 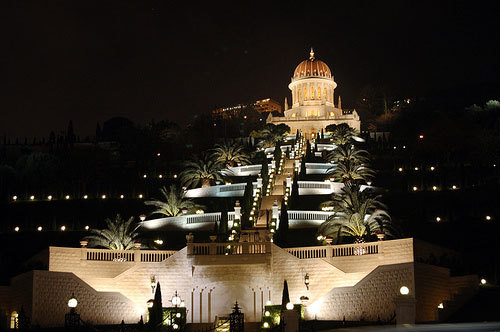 Image: The Shrine of the Bab in Haifa, Israel

To assist in the worldwide celebrations later this week, several previously unpublished passages about the significance of these twin birthdays have been newly translated into English and other languages, and distributed for use by Baha'i communities.

While several million will celebrate these twin holy days in freedom in villages, towns and cities worldwide, over seventy Baha'is imprisoned for their beliefs will have to quietly celebrate in their prison cells in Iran. This includes the seven members of the leadership group of the Iranian Baha'i community, the longest serving prisoners of conscience in Iran, who, in May began their eighth year of a twenty-year prison sentence. The persecution of the Baha'is in Iran has intensified significantly since the Islamic Revolution in 1979, but the constructive resilience in the face of blind relentless fanaticism is finally leading to a shift in attitude in the Iranian population. As described by Professor Abbas Milani, director of Iranian studies at Stanford University:

In spite of the concentrated efforts of the regime to poison the minds of the Iranian people about the Baha'i faith, in spite of its monopoly hold on the media, there is a new surging consciousness amongst millions of Iranians, dozens of intellectuals, and even a handful of Shiite clerics that the treatment of Baha'is has been a shameful part of our past. More and more people are convinced that Baha'is have, like any other Iranian citizen, the inalienable right to practice their faith, and that as citizens of Iran, they should be entitled to all the rights allotted to any other citizen, from any faith.

And so as Baha'is in over 200 countries and territories celebrate the twin holy days later this week, they will naturally turn in their hearts to the very cities where Baha'u'llah and the Bab were born: Tehran and Shiraz, respectively. Were it not for the policies of the Iranian government, no doubt tens to hundreds of thousands of Baha'is from all parts of the world would visit these cities and pay their respects to celebrate these holy days. As it stands, the sacred house where the Bab lived in Shiraz was destroyed soon after the Islamic Revolution in 1979, and the Iranian authorities have also deliberately destroyed the houses associated with Baha'u'llah's childhood in northern Iran. At a time when much world attention has been focused on Iran for its government's inability to behave according to internationally acceptable standards on many issues, the Baha'i community has some comfort in knowing that the voices of governments, journalists, academics, filmmakers, and in some cases even the very bricks of buildings are being raised throughout the world against the ongoing persecution. 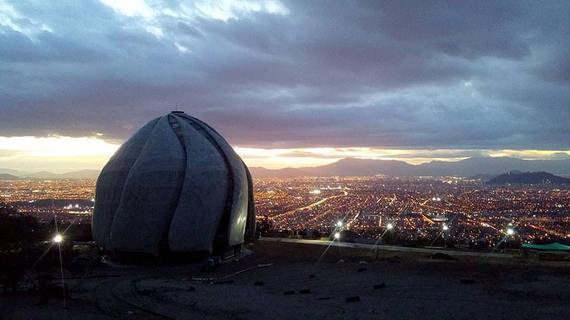 In addition, as the bicentennial years of the births of Baha'u'llah and the Bab approach, the Baha'is worldwide are looking forward to stunning new Houses of Worship being built in Chile, Cambodia, Colombia, the Democratic Republic of Congo, Kenya, India (in Bihar Sharif, in addition to the one already in New Delhi), Papua New Guinea, and Vanuatu - these in addition to those already existing on each continent. The Iranian ayatollahs must wonder how this "heresy" they have tried to extinguish is growing so steadily all over the world?

Celebrations of the upcoming Baha'i holy days are open to all, for more information you can contact the Baha'i community closest to you.