MANAMA, April 21 (Reuters) - Bahrain's rulers can breathe a sigh of relief after a prized Formula One race went off largely unhindered by unrest, but in villages beyond the well-protected Grand Prix bubble simmering communal tensions still pose a stubborn challenge to stability.

Last year's race was seen as a public relations own-goal for the tiny but strategically vital country's ruling Al Khalifa family, as security forces battled protesters and black smoke rose on the skyline across the U.S.-allied country.

This year the opposition, which draws support from the island's Shi'ite Muslim majority, again staged rallies hoping to grab the media spotlight to press for reforms of the Sunni-dominated government.

On the more extreme end, young men complaining of marginalisation by the minority Sunni elite battled police with rocks and petrol bombs almost every night, as they have done regularly since unrest erupted in early 2011.

But the government seemed to have learned from last year's race, calibrating the security response to the protests so that they avoided fatalities - the death of a protester last year injected energy into the demonstrations.

They also used public relations to greater effect, and avoided trying to use the race to talk up the political reform process, a strategy that backfired in 2012.

"Last year they tried to use the race to demonstrate everything was normal in Bahrain," Jane Kinninmont, senior research fellow at Chatham House, said, pointing to the "UniF1ed" slogan which came off poorly last year.

"It was pretty obvious the country wasn't unified."

The race was cancelled in 2011 after the start of the protests, which were put down by force and at the cost of at least 35 lives, including members of the security forces.

The public relations battle between the government and opposition appeared to end in stalemate this year, reflecting a broader sense of political stagnation among the opposition.

Representatives from the government and the Shi'ite opposition group al-Wefaq have held "National Dialogue" talks aimed at finding a political solution to the crisis since February, but they have stalled on procedural issues.

Even if the process does move forward, moderates on both sides have been hemmed in by more hardline members of their respective camps who resist concessions to the other side.

Another complication to political reform in Bahrain is its geopolitically strategic position near the Strait of Hormuz, the neck of the Gulf through which 40 percent of the world's sea-borne oil exports pass.

The tiny kingdom - only about a quarter the size of Luxembourg - hosts the U.S. Navy's Fifth Fleet and is seen in the West as a key ally in the regional power struggle between Sunni Saudi Arabia and Shi'ite Iran.

Bahrain's economy also relies in part on oil it sells from a field it shares with Saudi Arabia but which is in Saudi hands.

"Certainly, our neighbourhood is challenging," Crown Prince Salman al-Khalifa told reporters in rare remarks a day ahead of the Formula One race.

"What's happening in the wider Middle East does reflect inside our society. But I want a typically Bahraini solution."

The complexity of the situation - and the lack of reform after two years of protests and clashes - has led many in the opposition to temper their expectations.

Ali, a 24-year-old engineer who did not want to give his full name for fear of upsetting his job prospects, said he believed many protesters would settle for more modest reforms such as the resignation of the prime minister rather than a full-scale gutting of the monarchy.

"It's safer for us for the monarchy to stay. But provided that we elect our own prime minister."

But letting Bahrainis elect a prime minister, which could result in a Shi'ite winning, may be farther than even moderates in the ruling circle may be willing to go.

This leaves open the question of what meaningful reforms could put an end to the unrest, and puts Wefaq in the awkward position of trying to satisfy a variety of diverse parties.

BLOOD ON THE TRACKS

The danger is that some in the opposition could become frustrated with the lack of progress in mainstream politics and become more violent in pressing their demands, a risk highlighted by the explosion of a car in Manama's financial district this month claimed by an opposition group.

This is a threat the government clearly senses. While stressing the government's support for peaceful demonstrations, Crown Prince Salman made clear it would not tolerate more radical, violent elements of the opposition.

"What we don't want to support are the violent extremists. And very little distinction has been made between the two," he said.

But as Bahrain settles back into its habitual low-level street violence and political stalemate, this may be just the segment of the opposition that is empowered.

One regional analyst, who asked not to be named because of political sensitivities, said he expected the deadlock to continue as both sides found it hard to make the concessions it would take to break it.

"In Bahrain, the sad reality is that this is a place where you have a real reformist section in government but is actually too weakened now to push anything," he said, adding that similar dynamics were at play within the opposition.

"The tragedy is they're both outflanked on the right and they can't do too much." 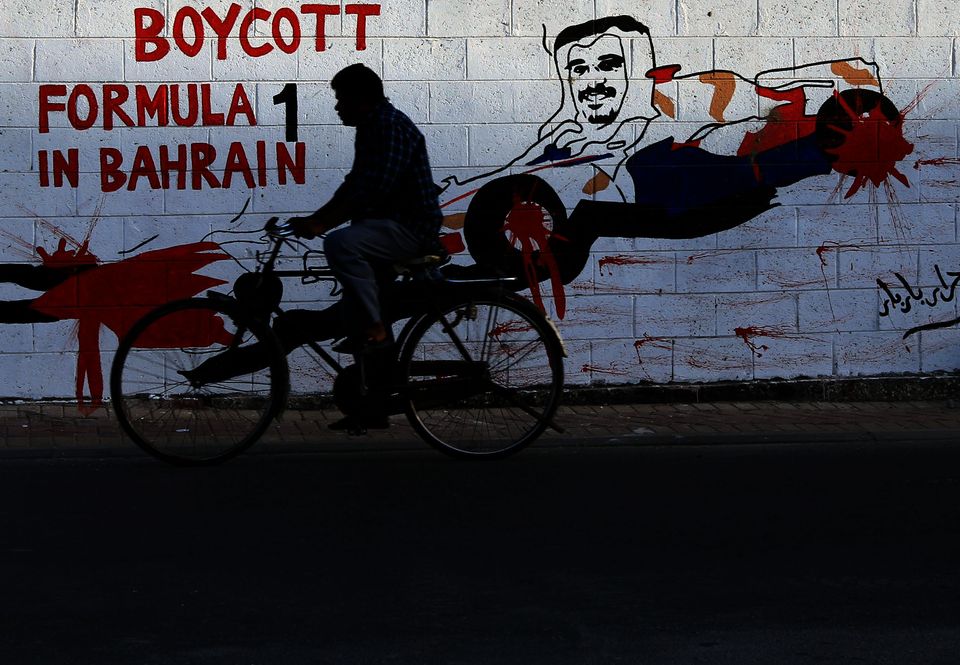