Soldiers opened fire Friday on thousands of Bahraini protesters, who defied a government ban in an effort to topple the Gulf nation's Western-allied monarchy.

The Associated Press cites officials at the main Salmaniya hospital, who said at least 50 people were injured in the Egypt-inspired demonstrations, some with gunshot wounds.

Eyewitness reports and photos depict a chaotic scene of tear gas clouds and people slipping in pools of blood in the capital city of the tiny island nation, which is also home to the U.S. Navy's 5th Fleet.

View photos of the chaos and the counter protests in Bahrain here: 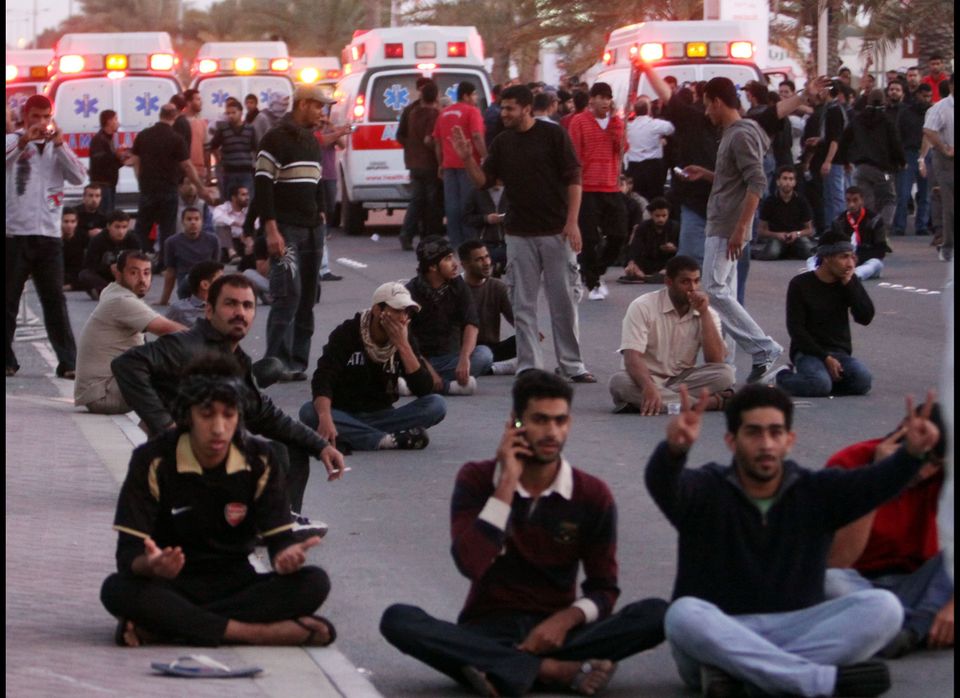