"In this day and age, there is no reason why there should be restrictions on an adoptee having access to their original birth certificate."
David Weprin, New York State Assemblymember
representing Queens 24th Assembly District.

A New York bill allowing adults who were adopted as children to obtain access to their original birth certificates, was "destroyed" by members of the NY State Assembly before it passed by a 125-19 vote on June 18, according to members of the group New York Adoption Equality. 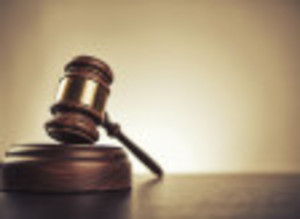 For initial supporters of the bill, S5964 is no longer an adoptee rights bill. There is no urgency to push this legislation through without it receiving committee review and input, yet, the bill was pushed through at the last minute, Sunday night at midnight. Neither S5964 nor its companion, A2901a, was reviewed by any committee in either house.

C. Catherine Swett, co-founder and downstate coordinator of NY Adoption Equality, believes no one should be denied access to a legal document on the basis of his or her status as an adopted person, as is the case with current laws. The original bill supported by the advocacy group would have allowed both adoptees and their birth parents to file a contact preference form, ensuring privacy was maintained for both parties after an original birth certificate was granted. The amended bill, however, creates obstacles preventing equality for adoptees and denying their 14th amendment right to have laws apply equally to all citizens.

"In a last minute 'bait-and-switch' tactic typical of Albany's dysfunction, the bill was replaced -- just days before the vote -- by an amended bill.

"This amended bill will require grown adults, guilty of nothing but having been surrendered into adoption as children, to petition a court, their adoptive parents, and their biological parents for their own birth records."

Under the amended bill, she said, adult adoptees are treated like children, forced to ask permission from numerous parties before receiving their original birth certificate.

"One human being would have the right to redact another human being's birth certificate," she said. "The same record that every other New Yorker, black or white, gay or straight, documented or undocumented, has access to."

New York law seals an adopted person's original birth certificate at the time of adoption. All such laws were encouraged by unethical, unscrupulous baby brokers such as the notorious Georgia Tann. Though Tann operated in Tennessee, her babies were sold to rich, famous and politically connected clients including former New York State Governor Herbert H. Lehman, who signed the law that seals original birth records upon adoption - not just from public inspection, but from the people whose births are recorded.

Adoption access debates are portrayed as a conflict of two parties' rights. This is not the case. It is a sham put forth by the multi-billion-dollar adoption industrial complex to maintain the secrecy unethical practitioners like Georgia Tann sought, and still prefer, today.

Parents who chose to relinquish their rights, were pressured or had their parental rights terminated involuntarily, did not request and were not promised anonymity from their children. States, such as Illinois, who have granted adoptee access and allowed birth parents to opt out of being named, find that one percent or less of parents who relinquished children to adoption seek to remain hidden from them. No other laws exist to protect such a tiny minority, or to protect anyone's secrets and lies. The fact is that access for adopted adults will actually spare mothers being publically outed on Facebook and other social media by desperate adoptees barred from privately locating their blood kin.

Birth parents were never promised anonymity, nor could they have been, Birth certificates are not sealed when the parents of birth sign away their rights or have them terminated by the state. They are only sealed upon adoption. If the child is never adopted, and "ages out" of foster care, the child retains his or her birth certificate. Thus it would be impossible to make any promises of privacy to parents at the time they relinquish their parental rights. Such parents are not party to any adoption proceedings that might follow, and therefore were not made any promises at that time either.

It is ironic that concern for the privacy of birth parents is now a top priority in amending the adoptee rights bill. Birth certificates of adoptees were sealed in 1935to protect adoptees from the stigma of illegitimacy and to protect adoptive parents who wanted to keep the adoption a secret, as they were advised to do at that time. Sealing original birth certificates, and the issuance of a falsified birth certificate listing the adoptive parents as the parents of birth, put the stamp of legality on a lie and protected the secrets of adoptive.

Amended birth certificates showing only the adoptive parents names, with no indication of adoption, legitimized the myth that adoption was "the same as if" the children were born to their adopters. They are remnants of days gone by; days of secrets and shame surrounding adoption.

Now those who oppose adoptee equality have convinced lawmakers that allowing adoptees access to their own original birth certificates would violate some alleged promise of anonymity or expectation of privacy birth parents were never given. There is no inherent right of privacy to not be named as a parent on a birth certificate. Nor is there any right, or law, to protect secrets or lies. A birth certificate is a snapshot in time and a vital record. To allow anyone the "right" to destroy such a record of another is ludicrous.

The law does not only affect those adopted from single mothers. Some New Yorkers are adopted by a step parent following the death of their natural parent. In those cases, the deceased parent is "erased" from the child's birth certificate and with it, the child's knowledge of that entire side of his or her family tree. New Yorkers may also be adopted out of foster care after being removed by the State following allegations of abuse or neglect. Siblings may be separated. Sealed records prevent these siblings from contacting each other.

What all these adopted New York citizens have in common is that they were adopted as infants or children, and as Assemblyman David Weprin has said, "through no fault of their own."

However, neither NY Adoption Equality, nor The American Adoption Congress, nor Bastard Nation, nor any adoptee organization, adoptive parent association, birth parent association, or even any adoption facilitator organization, supports the amended legislation that tramples the rights of adopted New Yorkers and treats them as second-class citizens. The highly respected Donaldson Adoption Institute has withdrawn its letter of support for S3314, as have many other institutional letter writers and individual constituents.

It is discriminatory to deny adopted adults the same right of self-knowledge and self-determination that every other citizen enjoys - even if they are 99 years old, military veterans, diagnosed with an illness (if the court does not believe they are "sick enough"), if their child has a life-threatening illness, or if they want to determine if they are Jewish under rabbinical law.

Denial of vital human and civil rights affects not only current adoptees, but their children, grandchildren and great grandchildren, all of whom have been deprived of a family tree.

Adopted citizens deserve to be treated in the same manner as their non-adopted peers. Equality cannot be compromised. Mathematically or legally, things - and rights - are either equal or they are not. Anything short of equality is unjust. The time has come to set free those who are bound by these antiquated laws and to grant them full citizenship equal to all others, with no hoops to jump through or restrictions to access that do not apply to non-adopted citizens.
.