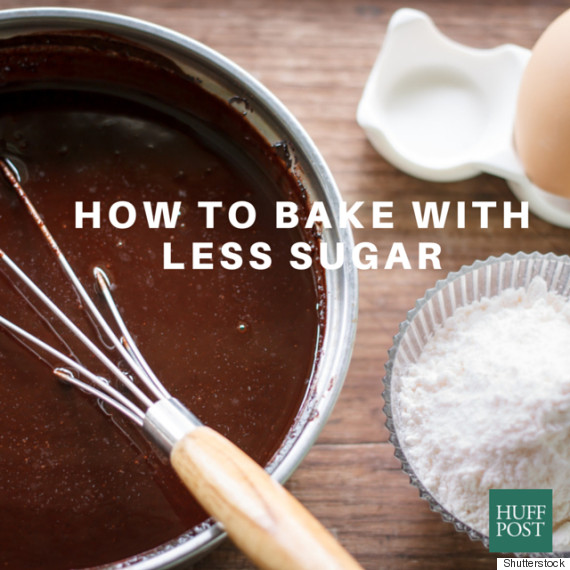 Of all the trends in the dessert world, "low sugar" doesn't sound particularly sexy. But according to some of the country's leading pastry chefs, desserts with less sugar are the wave of the future.

It's not necessarily that chefs are using less sugar for health purposes, though a low-sugar diet is one of the top recommendations for Americans from the Dietary Guidelines Advisory Committee (DGAC). Chefs are embracing less sugar in their desserts to add nuance to flavor, resulting in better-tasting and more interesting desserts.

Brooks Headley, pastry chef at New York City restaurant Del Posto, said at last month's Brooklyn's Food Book Fair that sugar can overpower other flavors, and ultimately dull the palate. The chef said he thinks about sugar "the way a savory chef thinks about salt. Sugar should be used to enhance the other flavors [in a dish].”

Pastry chef Joanne Chang, who owns Boston's Flour Bakery, echoes Headley's sentiment in her new cookbook "Baking with Less Sugar: Recipes for Desserts Using Natural Sweeteners and Little-to-No White Sugar." Chang doesn't demonize the white stuff, but celebrates using less of it. "You will discover, as I did," Chang says, "that when you don't focus on sugar and sweetness, you end up with desserts that are full of amazing, compelling flavor."

Using less sugar isn't always easy, however, because it does more than make food sweet. It also affects texture, the moisture and the lifespan of the food. So chefs often have to develop creative fixes when cutting back. Chang, for example, treats her low-sugar ginger cookies like biscotti. She dries them overnight so that they get the right amount of crisp.

For more successful ways to eliminate sugar, and achieve more flavor in the process, check out the 11 recipes below.

Source: Eat It to Beat It! by David Zinczenko
Crispy chicken and spinach salad, prepared in a restaurant
TBird59/iStock/360/Getty Images
Up to 13 grams sugar

Source: Eat It to Beat It! by David Zinczenko
Tomato basil soup, 1 can
molka/iStock/Thinkstock
Up to 13-22 grams sugar

Source: Eat It to Beat It! by David Zinczenko
Advertisement
Coleslaw, 2 tablespoons
TheMalni/iStock/Thinkstock
Up to 12 grams of sugar

Source: Eat It to Beat It! by David Zinczenko
Advertisement
Cereal bars, 1 bar
rzeszutek/iStock/Thinkstock
12 grams of sugar, on average

Source: Sugar Has 56 Names: A Shopper's Guide, by Robert H. Lustig, MD, MSL
Dark chocolate, 1 bar
Zakharova_Natalia/iStock/Thinkstock
Up to 16–21 grams
(You can find dark chocolate with a high percentage of cacao with as little as 5 grams of sugar)

Source: Eat It to Beat It! by David Zinczenko
Advertisement