NEW DELHI -- The international spotlight on Japan's prolonged economic woes has helped obscure one of Asia's furthest-reaching but least-noticed developments -- the political rise of the world's third largest economy. By initiating national security reforms and seeking a more active role in shaping the evolving balance of power in Asia, Japan wants to stop punching below its weight and take its rightful place in the world.

Japan's quiet political resurgence is reflected in various ways -- from the government working to strengthen security arrangements with the U.S. and build close strategic partnerships with other major democracies in the Asia-Pacific to a grassroots movement at home for changes in the country's U.S.-imposed pacifist Constitution.

In November, more than 10,000 citizens packed Tokyo's Nippon Budokan concert hall to seek constitutional revision. The convention was organized by a new group that has already gathered signatures from some 4.5 million Japanese, including 422 members of the Diet (Parliament), in support of amending the Constitution. The group has pledged to collect 10 million signatures by March. Prime Minister Shinzo Abe, in a video message to the rally, said: "The Constitution has never been revised. I think the time has come to seek a constitution suitable for the 21st century."

'The time has come to seek a constitution suitable for the 21st century.'

Make no mistake: Japan's passive, checkbook diplomacy is giving way to a proactive, western-facing approach focused on the Asian mainland, the South China Sea and the Indian Ocean. The single biggest factor driving Japan's political rise is the ascent of a muscular China.

Japan is the world's first constitutionally pacifist nation. The Constitution's Article 9 says "land, sea and air forces, as well as other war potential, will never be maintained." No other national constitution in the world goes so far as to bar acquisition of the means of war or to renounce "the threat or use of force as a means of settling international disputes."

Japan's increasingly vocal critics of the Constitution say it does not reflect the values, culture and traditions of Japan.

In fact, the Japanese Constitution was hastily written and imposed by an occupying power seeking to serve its own interests. Supreme Allied Commander Douglas MacArthur made his occupation staff write the Constitution in one week so that it was ready by Abraham Lincoln's birth anniversary on February 12, 1946, although it did not come into force until May 1947.

The American success in disarming Japan by disbanding its military, imposing a pacifist Constitution and overhauling its education system, however, engendered its own challenges. It did not take long for the U.S. to realize that it had gone too far in creating a demilitarized Japan. In 1953, then U.S. Vice President Richard Nixon called the imposition of harsh constitutional provisions on Japan "a mistake."

Richard Nixon called the imposition of harsh constitutional provisions on Japan 'a mistake.'

America's Cold War with the Soviet Union, the Communist takeover of China and China's entry into the Korean War, which turned into a bloody, three-year battle of attrition, helped change U.S. policy toward Japan. Through a major reinterpretation of the very constitution it had imposed, the U.S. encouraged Japan to reconstitute its military as "Self-Defense Forces" so as to make the country the lynchpin of America's Asian strategy.

Japan's recent reinterpretation of the Constitution's Article 9 to assert its right to collective self-defense was small in comparison. The United Nations charter actually recognizes individual and collective self-defense as an "inherent right" of nations. Tokyo has also relaxed its longstanding, self-imposed ban on export of arms, thus opening the path to building closer security cooperation with like-minded countries.

With Japan's pride and nationalist impulse to play a bigger international role now rising, its domestic debate on national security and constitutional reform is set to intensify.

Further national security reform beyond what the Abe administration has carried out is, from a legal standpoint, linked to constitutional reform. For example, there is a limit to the extent to which the Article 9 prohibitions can be reinterpreted without enacting a constitutional amendment.

In addition to "normalizing" Japan's strategic posture, constitutional revision must deal with inherent flaws in the statute. The Japanese Constitution is unique in that it defines no head of state. It stripped the emperor of all but symbolic power.

This was by design: The U.S. wanted to have the emperor as merely the symbol of Japan so that it could use him during the 1945-52 occupation years without the monarch being able to rally his people.

Likewise, the force-renouncing Article 9 was designed to keep Japan as America's client state so that it would never pose a threat to the U.S. again.

The Japanese Constitution is among the hardest in the world to revise. Today, it is doubtful that any proposed constitutional change -- even after winning approval with the mandated two-thirds vote in both chambers of the Diet -- can secure majority support in a national referendum in order to take effect.

The large protests against Abe's 2015 security legislation permitting the Self-Defense Forces to engage in "collective defense" were a reminder that the U.S.-instilled pacifism remains deeply rooted in Japanese society. For example, a 2015 survey by the Pew Research Center found that only 23 percent of Japanese want their country to play a more active role in regional affairs, while a 2014 survey revealed that just 15 percent of Japanese (compared with almost 75 percent of Chinese) were willing to defend their country -- the lowest figure in the world.

Let's be clear: Enduring peace in Asia demands a proactive Japan. If Japan fails to carry out further reforms of its postwar institutions and policies to meet the new regional challenges, it could erode its security.

U.S. security interests would be better served by a more confident and secure Japan that assumes greater responsibility for its own defense and for regional security. 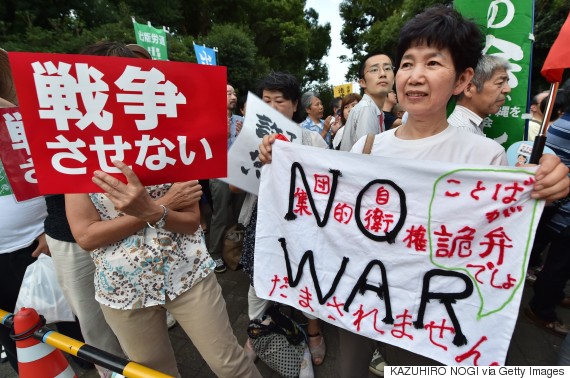 The U.S. spawned the problem that Japan confronts today -- how to cast off the constitutional albatross. America must now be part of the solution because its own geostrategic interests demand that Japan play a proactive role in regional affairs and do more for its own defense.

This Japan can do within the framework of the longstanding security treaty with Washington. If the U.S. were to openly support constitutional revision in Japan, it would help blunt criticism from the country's powerful pacifist constituency and from China.

The alliance with Japan remains critical to America's role in Asia, including its forward military presence. Japan, for its part, is a model ally that hosts a large U.S. troop presence and makes multi-billion dollar payments to offset the costs of stationing these forces on its soil in what is by far the most generous host nation support provided by any of America's 27 allies.

Constitutional and national security reform in Japan would help underpin the central goal of America's Asia-Pacific strategy -- a stable balance of power.

Although rising powers tend to be revisionist powers, a politically resurgent Japan, strikingly, is seeking to uphold the present Asian political and maritime order. Washington would do well to aid the continued political rise of this status quoist country, which is determined to reinvent itself as a more competitive and secure state. 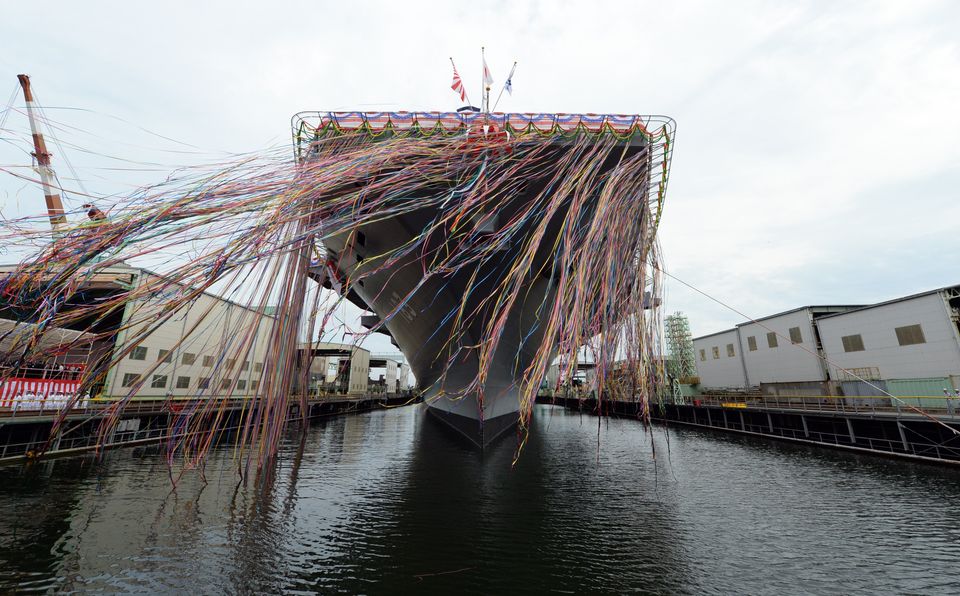