This is probably the most talented dog ever. We don't know if he can fetch a bottle of beer for you, but he can balance one on his head!

Jack, a three-year-old Australian cattle dog from San Francisco, is more than happy to hold anything from pans to books to an egg on top of his seemingly normal looking head -- sometimes while wearing a bow tie.

"The balancing act started when we tried balancing a kernel of popcorn on his nose one night while watching a movie at home," owner Nicole Lee explains. "We quickly learned he was patient enough to allow us to stack really anything on his head (as long as it's not too heavy)."

Lee's boyfriend posted pictures of Jack to reddit earlier this week asking for other users to submit ideas of things for him to balance, including a lightbulb, a clock and a stack of coins.

You can't adopt pets based on talent, but if you're looking for a new friend of your own and are ready for the responsibility, organizations like the Shelter Pet Project and the North Shore Animal League can help. 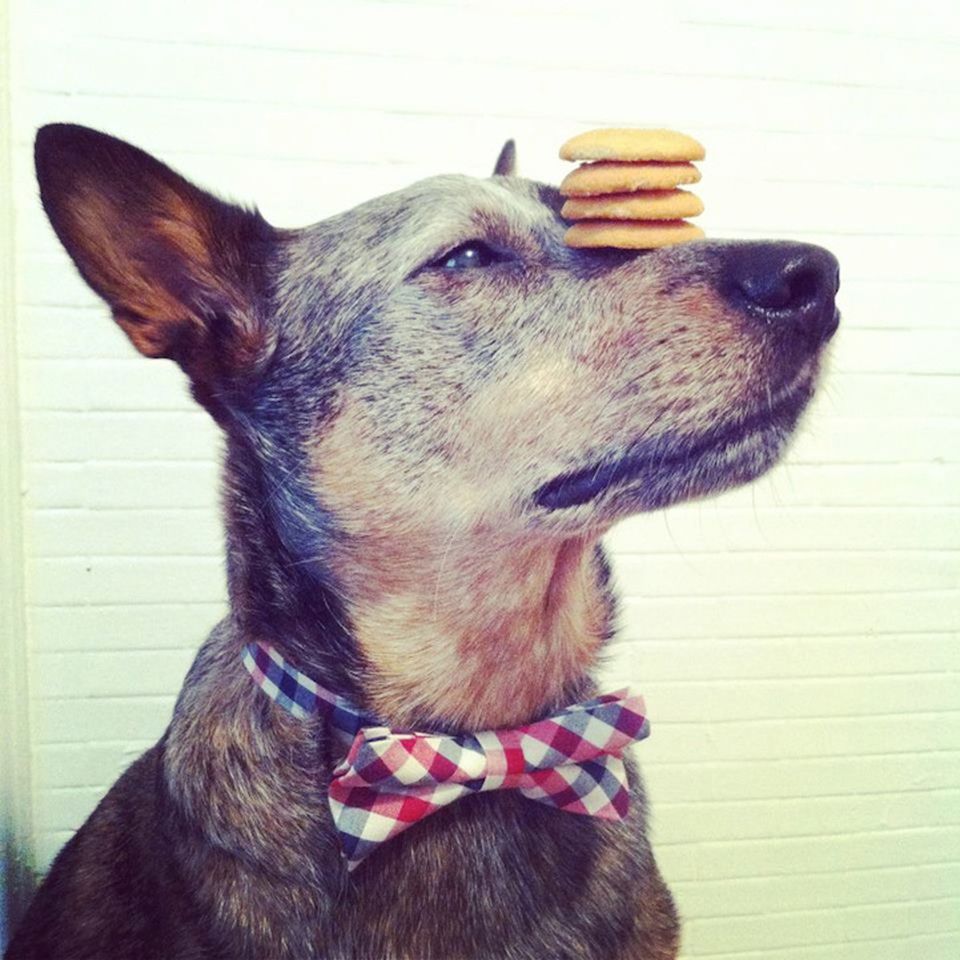 1 / 13
Jack the dog is the most level-headed dog you'll see - he balances household items on his head. The three-year-old quite happily poses for pictures for owners Nicole Lee and boyfriend Trey, who adopted him as a puppy. And the Australian cattle dog is happy to impress by balancing items including a football, books, a kettle, and an egg - all in return for the cheers and praise of his San Franciscan owners. Nicole, 27, a biologist, explains: "The balancing act started when we tried balancing a kernel of popcorn on his nose one night while watching a movie at home. We quickly learned he was patient enough to allow us to stack really anything on his head (as long as it's not too heavy). "We train him by positively reinforcing good behaviours and ignoring the "wrong" ones; basically just a lot of cheering around here. He responds really well to praise, so we use that as a reward, as well as the ball."
Rex USA