It's a labor of love for Egyptian, Lebanese and Greek balconies, interspersed by wars, displacement, marriage, birth, death, fond family souvenirs, and an experience that is uniquely Mediterranean.

And it could only have been written by someone quintessentially Levantine half-Greek, cosmopolitan, well traveled, multilingual, and, who's felt most at home on balconies in Alexandria, Beirut and Athens, despite an emigration hiccup to Australia, and back, in her late teens.

"I had an 'ah-ha!' moment about the balconies," explained Mishka Mojabber Mourani about going through family pictures she cherished that were all shot on various balconies around the Mediterranean as she sought a framework for the book that had been writing itself for two decades. 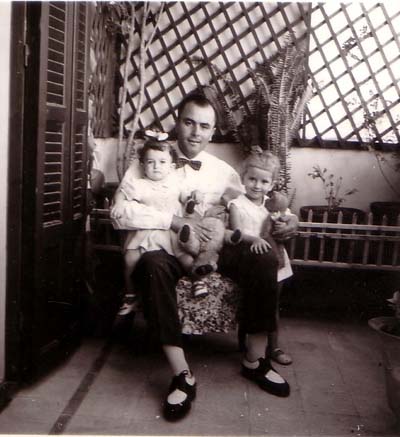 Mourani, right, with father William Mojabber and sister Carrie on their Alexandria balcony in 1956 (Mourani)

What reinforced it was a trip to Dubai two years ago and realizing there were no balconies there.

"Isn't that amazing? There's a functional reason (the oppressive weather). Any balconies they have are purely decorative and they serve no purpose," she said, adding that balconies were very much part of who she was. "You can't live without one." 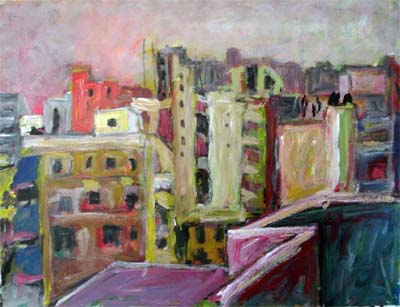 Levantines -- people from Lebanon, Syria, and Palestine -- use their balconies as social and breathing spaces, confessionals and a means both to distance themselves from, and become participants in, occurrences marking their lives, she noted.

In Mourani's case, those balconies also witnessed wars, civil and otherwise, exile, and the meaning of identity and plurality.

The last conflict she endured was Israel's onslaught on Lebanon in July 2006 during which she saw Beirut being pounded and the capital's port targeted, a few hundred yards from her sixth-floor balcony.

"My child trembles in my arms. She has not said a word. She looks up to me, and I see her eyes have become those of an adult," Mourani writes of her then 'tween daughter Cara. "She takes me by the shoulders and says, 'Promise you will get me out of here.'" 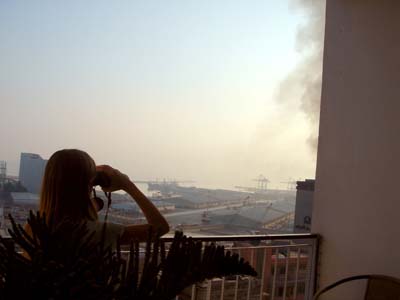 It was gut wrenching for Mourani, who had lived through the Israeli invasion of Beirut in 1982, and seen IDF troops under her balcony.

She took Cara to safety in California, where Mourani's sister lived and had returned after being trapped in Beirut with her husband and two children that summer while on a visit.

Mourani's earlier balcony also had its share of strife.

Militiamen, who broke into her family's home, used its exposed location during Lebanon's 1975-1990 civil war to shoot at their enemies.

But all is not grim. Mourani warmly recalls idyllic summers until she was 15 with her mother Katy's family in the Athens suburb of Nea Zmirni, sitting on balconies listening to family members reminisce about Egypt's "good old days" where they had grown up. 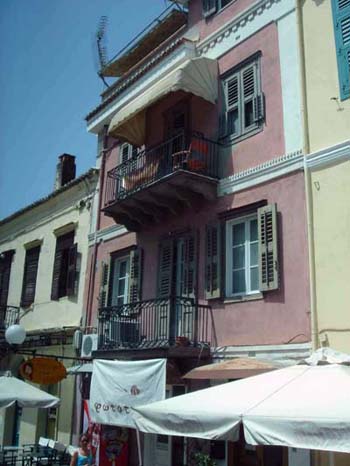 Mourani and her sister Carrie would go out for treats with older members of their Greek family and be taken to open air cinemas showing movies appropriate for children's viewing.

At the time the sisters were the youngest members of a wide circle of loving people encompassing three generations, Mourani wrote.

"It's very much part of who I was," she told me referring to that side of her family and chuckling about "hand gestures that don't appear on paper."

She recalled her Greek relatives giving endearing diminutive names to people, foods and things and said she looked forward to the day she and Carrie would become "yiayiathes" (grandmothers) who bestow blessings the way her grandmother, mother and aunt always did and do.

She sent a copy to her aunt Dora in Greece for the latter's 95th birthday.

The petite Mourani is a sensitive poet, a wife, a mother, and a resilient down-to-earth woman with a healthy sense of humor.

She is senior vice president of International College, a leading private school in Lebanon, who helped keep the institution running through the country's various upheavals.

Mourani recounts going straight to her balcony, her sanctuary, to inspect her plants, after a partial mastectomy and radiotherapy in 2001.

"The panorama of our public wars cannot be complete without a glimpse of the inscapes from my personal balcony."

She winds down her book with a moving letter to her late father. 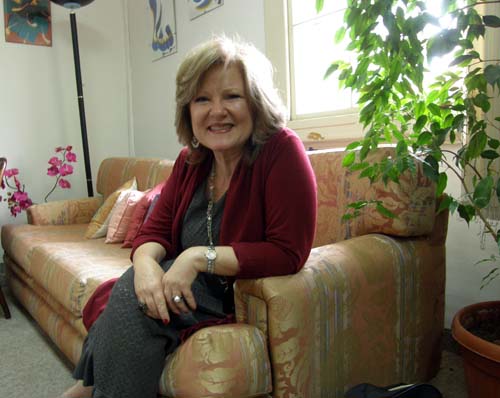 "I am sitting on the balcony you loved so well and look at the flowers you tended with such care. I took them for granted until you left us," she wrote longingly. "They are still here, in mummy's care."

Now Mourani grows her own, she adds, and knows the secret that every bloom brings.

"It is a blessing. A message of grace."

"Balconies" was distributed by Lebanon's Dar An-Nahar, which will market it in Europe and promote it during Beirut's International Book Fair next week.

Mourani hopes to have the book published in the U.S. and Canada where large Lebanese and Greek communities live.

"I'd like that for my father and for my uncles," she concluded.