A female bald eagle has been released back into the wild, a month after being found stuck in a leg trap and suffering from elevated lead levels. 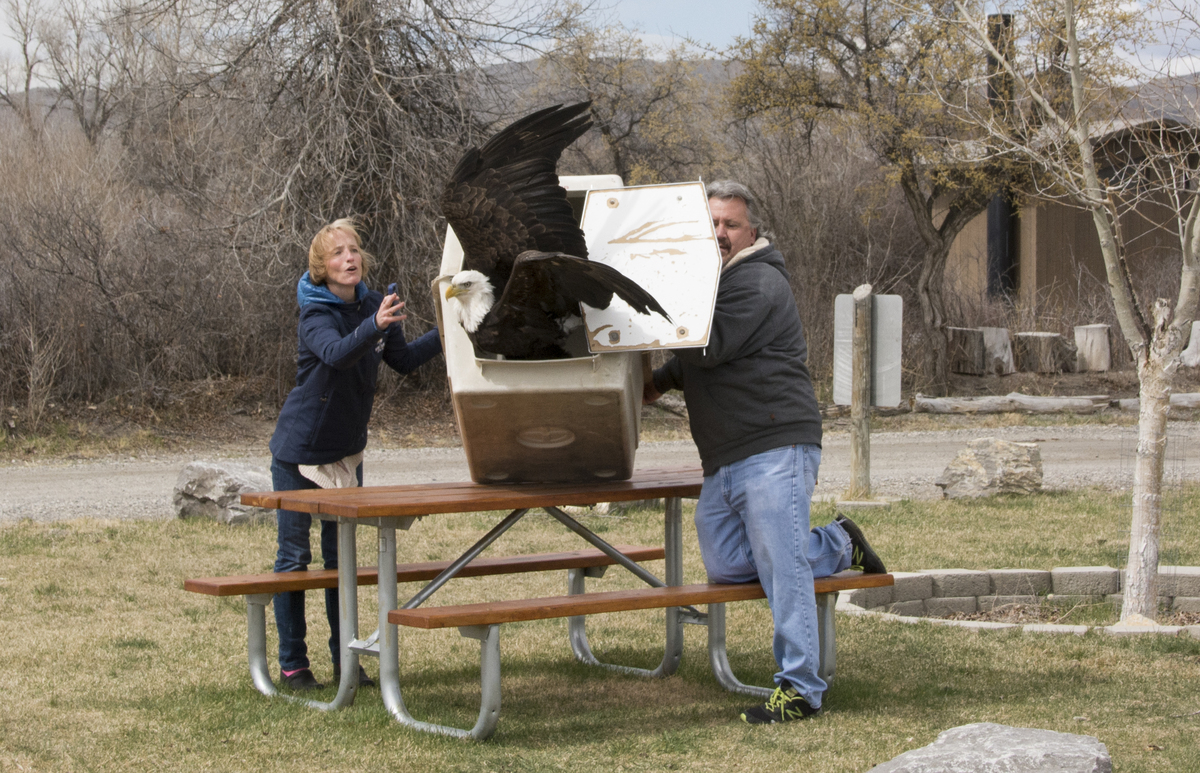 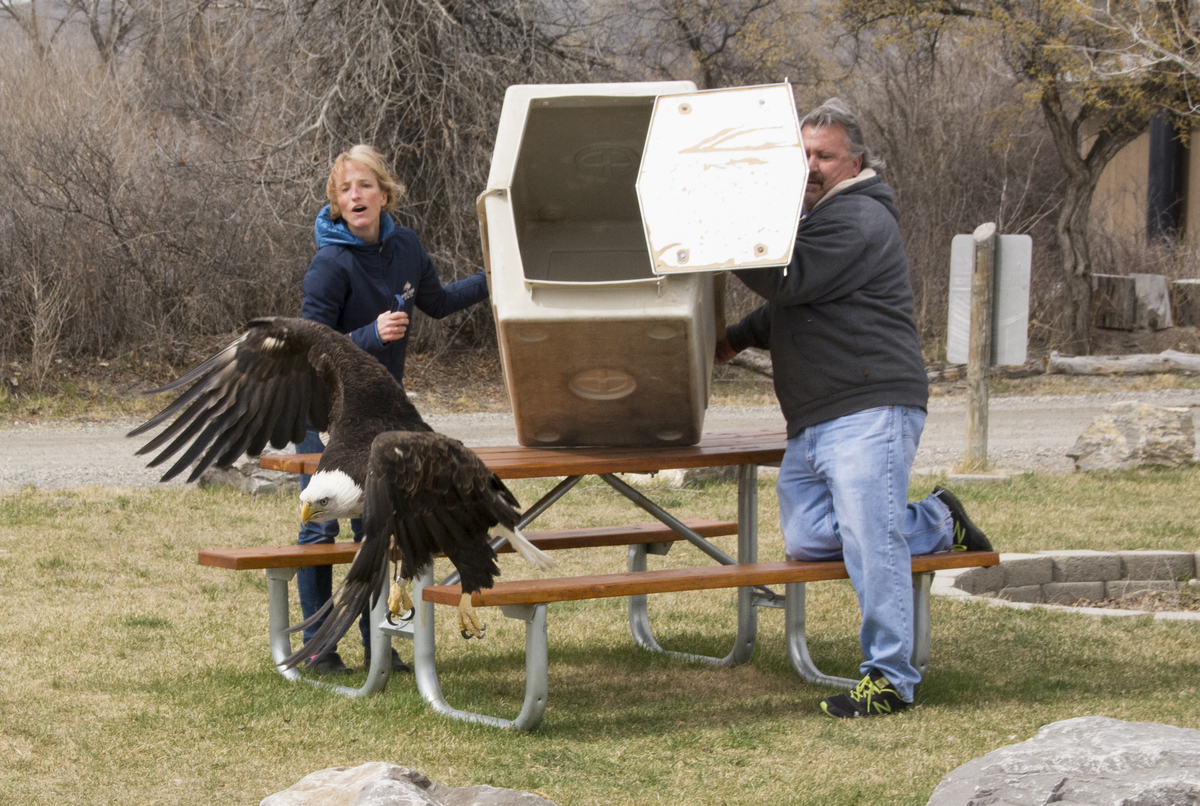 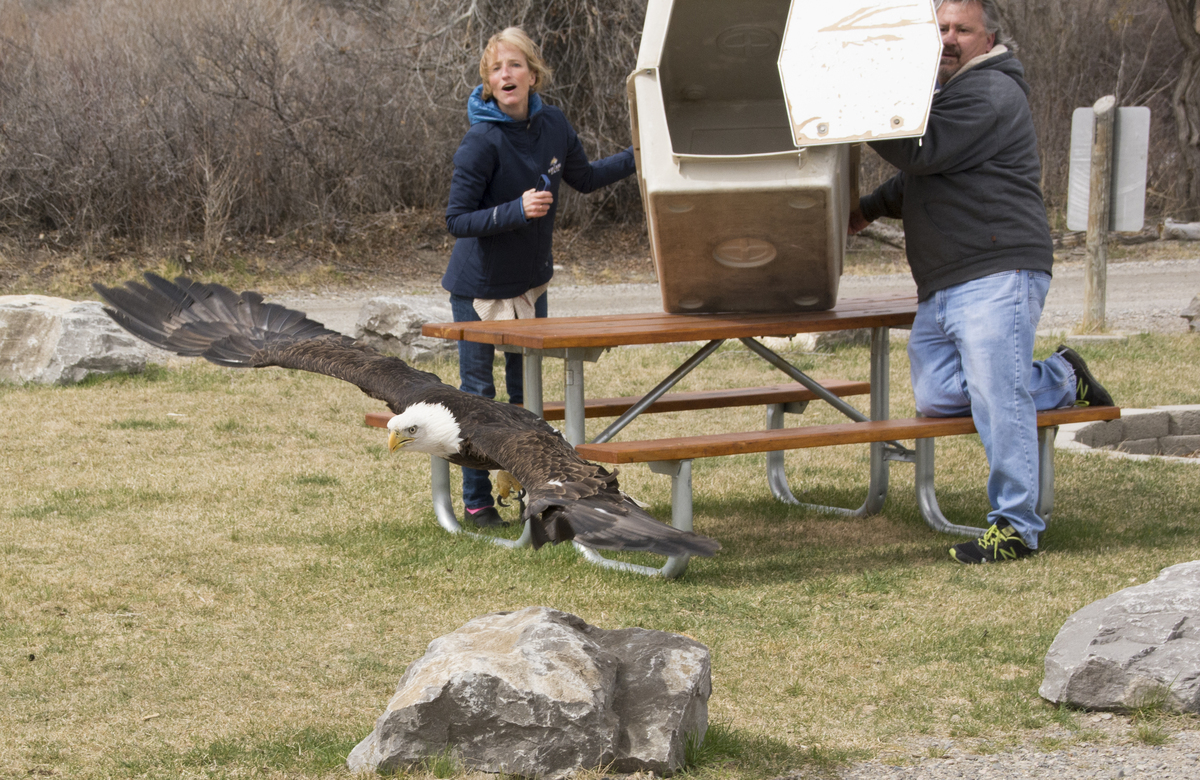 Jordan Spyke, assistant director of the Montana Raptor Conservation Center (MRCC), told The Huffington Post that bald eagles can easily be lured by baited traps as they scavenge for food on the ground.

Fortunately, someone in Fort Belknap, Montana found the bird in the trap before she starved to death. On March 2, she became "Patient 14-15" at MRCC.

“We don’t name any of our birds," Spyke explained. "We don’t want to get attached to them or anything like that.”

Blood tests revealed that this bald eagle had elevated lead levels, likely from eating spent shot left by hunters. The trap had cut off circulation to her foot, so her toe had to be amputated. A local vet performed the surgery. 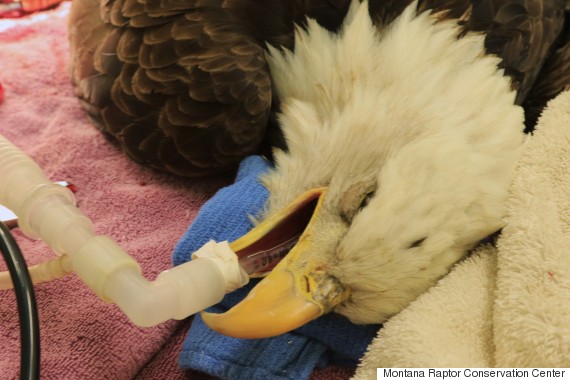 Spyke and his team also treated the bird to remove the lead from her system. She was given flight therapy in their customized flight barn, the only such facility in Montana.

After a month of careful treatment, she was ready to return to the wild.

On April 1, the MRCC team put the eagle into a large crate and loaded her into their "raptor van" for the ride to the Headwaters National Park. As volunteers held the crate door open, the eagle's eyes slowly adjusted to the light. The spectators made her nervous, they said, but she flew out and was on her way.

Spyke said releasing the bird after the "double whammy" of an amputation and lead poisoning "feels pretty great." He said the eagle seemed happy to stretch her nearly 8-foot wingspan, too.

"It flew great," Spyke recalls. "It came up with wings open, got the wind, and barreled out of there.”

MRCC treats about 180 raptors a year, Spyke said, many for severe injuries from gunshots, electrocution and car collisions. The center is able to rehabilitate and release about 40 percent of its patients.

After nearly disappearing in the 1960s, the American Bald Eagle population has returned to healthy levels thanks to decades of conservation efforts. The U.S. Fish & Wildlife service removed them from the endangered species list in 2007.