Yesterday, I came across an article. It's a story that gripped me and had me feeling both triumphantly exuberant and downright disappointed. This story is about a little girl who has lost her hair in her ongoing fight against cancer, her friend who decided to stand beside her, and a school who punished them for it. The school chose to send the friend home, because her shaved head violated school dress code policy.

Delaney Clements is a strong 11-year-old girl fighting neuroblastoma, a childhood cancer that develops in nerve cells. Kamryn Renfro is her 9-year-old friend who clearly has a heart of gold and more character than most at her age. Due to her chemotherapy treatments, Delaney has lost her hair. She is baldalicious and exudes such joy with her smile. Recently, Kamryn chose to shave her head as a way to stand by her friend in support. As a way to offer encouragement and to let Delaney know she was not alone. Kamryn made the decision to support her friend, against all odds and no matter the sacrifice.

This act of bravery from such a young girl is extraordinary. How many of us can say that we would do the same?

What happened next left me feeling disappointed and shocked. The school felt that Kamryn's act of kindness, friendship, and support went against their dress code policy. They informed Kamryn's family that she would not be allowed to attend school until her hair grew back, or until she arrived wearing a wig. Apparently, her bald head distracted other students. However, was it a negative distraction? I don't think so. If anything, their fellow peers were given a rare opportunity to see what love really is. This act of solidarity could have been used as a teaching moment. A lesson that could not be explained with flash cards or times tables.

Our world needs to be distracted more often. Our eyes need to be taken away from the meaningless and be redirected to the meaningful. Sometimes lessons cannot be taught through a textbook.

The media has shared this story over and over again, yet the core message seems to get muddled. The debate of whether or not hair should matter in school should not be the focus. This message is not about a girl with a shaved head. This message is about what one girl did for her friend. In an interview, Kamryn stated, "It felt like the right thing to do." And Delaney responded by saying, "It made me feel very special and that I'm not alone."

Having lost my hair several times over from the slew of cancer treatments I've received over the last two years, I understand what it feels like to be bald. It can be isolating and scary. Many don't realize the amount of value we place on our hair until we no longer have it. Being bald has often left me feeling vulnerable and different. Being bald is a physical reminder of the battle for survival. I am nearly 20 years older than Delaney, and can't even fathom what she has had to go through at such a young age.

By punishing Kamryn for her act of kindness, this school has sent a large message. While I understand the importance of rules and regulations in schools, the administration carelessly looked over the benefits of this situation, and reacted improperly. Children should not be punished for doing the right thing. We should instill values into our youth, so that when they grow older, they will treat others with compassion and care. Do we want our children to remember moments like this as an example of what is not allowed, or rather an example of what it means to love? Acts of kindness should not be rebuked.

What Kamryn did for Delaney should not be punished. What she did should be praised. She responded to an urging of compassion in her heart by extending support to another. She stepped out in courage and bravery to do what not many would. She symbolically held her friend's hand and let her know she was not alone. And I applaud her.

Kamryn and Delaney have defined what courage, friendship, and bravery really mean. Today, I stand with Delaney and Kamryn, and urge you to do the same. 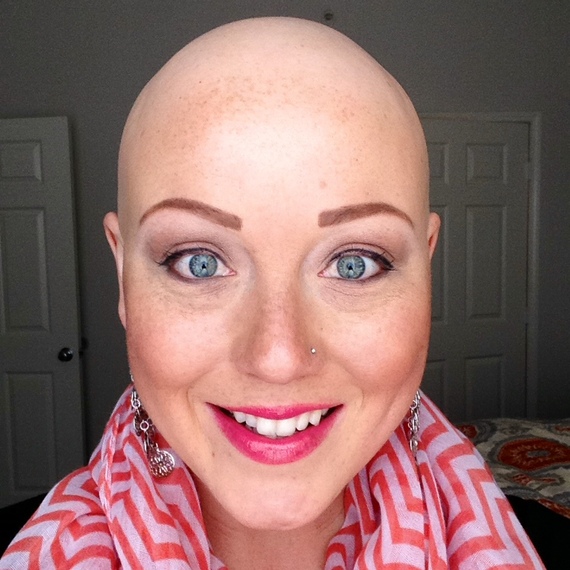 Update: After all the media attention on the story, the school has since reversed its decision.