Looks like the guy with the Romney tattoo is not the only one using his body as advertising space. Entrepreneur and proud bald man Brandon Chicotsky recently launched Bald Logo, an unusual venture allowing businesses to advertise their logo on his hairless head. (Don't worry, these tattoos are temporary.)

The Austin, Texas resident offers up his head for the bargain price of $320 a day, which includes a stake-out on his part in the city's most populated spots. As if having a logo on head weren't enough to catch a stranger's eye, Chicotsky travels with two female actresses waving flags and an actor in a full spandex suit who "flank the baldie to get as much attention as possible,” Chicotsky told the New York Daily News, in what may be the best sentence ever.

Not only is Chicotsky an innovative baldie, he's a baldie with a conscience. Bald Logo donates almost half of their proceeds to the national Alopecia Areata Foundation. Dare we say: this is the biggest step for bald mankind since Water Wigs?

What are Water Wigs, you ask? Oh you are in for a treat.

Bald Logo: Advertising On A Hairless Head For A Price (VIDEO)
&quot;Water Wigs&quot; 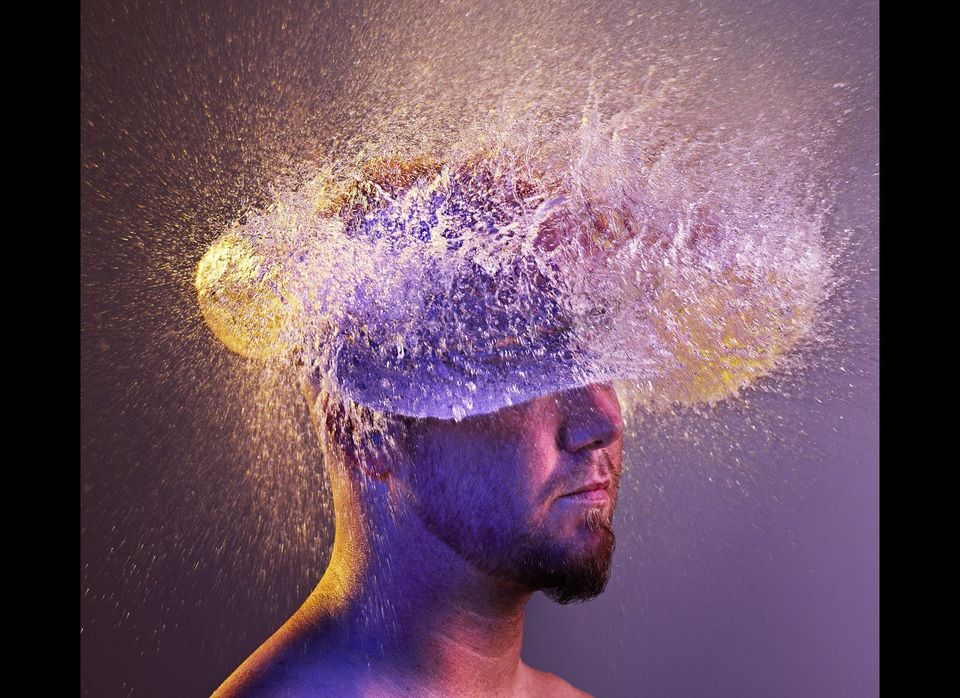