A model showcases a creation by India designer Krishna Mehta on the first day of Lakme Fashion Week (LFW) Summer/Resort 2010 in Mumbai on March 5, 2010. The LFW is held twice annually is in its eleventh year is featuring creations by over 50 designers and will culminate with a grand finale on March 9. (INDRANIL MUKHERJEE/AFP/Getty Images) 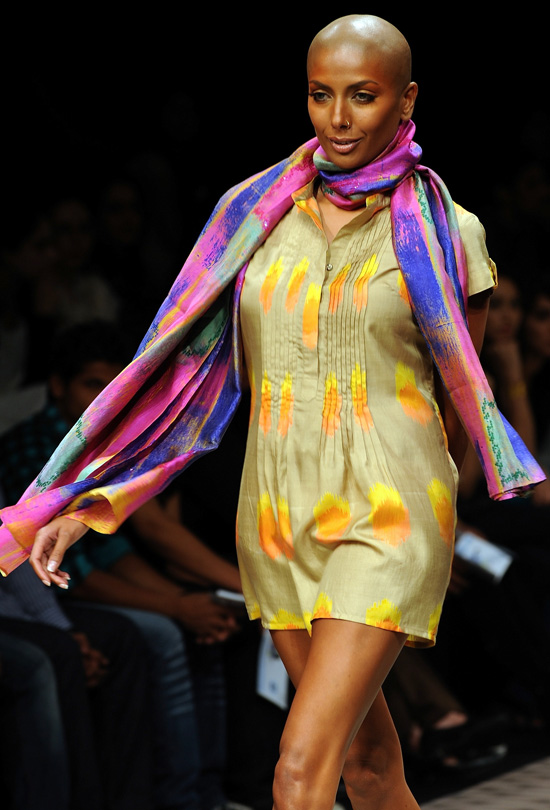