The first time I went to Bali, I felt a lot like I did when I was six years old and walked into the magical world of Disney Land for the first time - that surreal feeling you get when you think you have found heaven on Earth.

Bali's got all the best rides: five story night clubs filled with an international array of travelers, serene Hindu temples that would even make Jim Cramer feel at peace, and waves so incredible they surpass even your dream notebook doodles. It's almost perfect... almost.

But then you smell the burning plastic as you drive past the mountains of trash that have been carelessly dumped in rice fields. And you start to think, 'This wasn't in the brochure.'

According to Bali's Environmental Agency, 15 thousand cubic meters of trash are disposed of along roadsides and at illegal dumps everyday. That's enough to fill six Olympic sized swimming pools everyday. Last year 11x surfing world champion, Kelly Slater, tweeted "If Bali doesn't #DoSomething serious about its pollution, it'll be impossible to surf here in a few years. Worst I've ever seen." For an economy that relies 80% on tourism and sells itself as a tropical paradise, this poses quite a problem.

I learned all of this while we were shooting our latest Surfing For Change video in Bali. I had already planned the surf trip and loosely had the idea to make a 2 minute-ish video about the trash issue along the way. My big brother/travel partner Toby is also a surfer and filmmaker, so I bribed him into being the cameraman with payment in the form of Bintang beers and delicious bowls of Nasi Goreng. But as filmmaking goes, we met more and more people who had interesting things to say and our little two-minute PSA turned into a 13-minute documentary.

As we met with the central players working on the issue, the main question I had was, 'Why is Bali drowning in trash?'

Through the interviews I learned that this is a systemic issue that ties in closely with economic and cultural habits. And everyone has blood on their hands, including me.

I learned that locals are partly responsible, in many ways because their habits have stayed the same while the products they use have changed. Folded banana leaves used to be Balinese's primary form of packaging, however in recent years they've been replaced with plastic bags. The issue is that they haven't changed the habit of throwing it to the side of the road when they're finished. A banana leaf will biodegrade within a few weeks but a plastic bag will be around for your grandkids to inherit. This being said, I also witnessed a lot of tourists who were throwing trash on the side of the street as well.

Government is also responsible because they failed to put proper waste management systems in place for the millions of tourists they invite to come to their island each year. The Indonesian Government's solution to making this trash 'disappear' has largely been through the process of using incinerators, which release toxic pollutants into the air. Now respiratory illness is the number one reported illness in Bali. 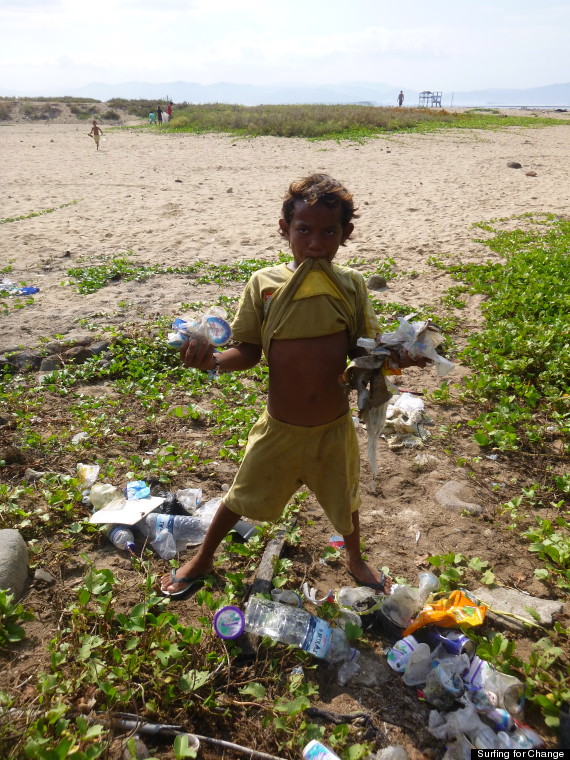 Some corporations share responsibility for this epidemic because they are producing the toxic products that, when thrown away, never biodegrade and when incinerated, release carcinogenic chemicals into the Islands' atmosphere.

And finally, tourists, because we are the ones demanding the plastic bags and all the rest of the disposable products that make us feel like we're in a safe and familiar place.

The picture I've painted so far might give you the impression that this is an island filled with people who just want to party 'till the ship goes down, but as our interviews went on, the most exciting thing I learned is that people all over the island are stepping up to solve this waste epidemic.

In one interview my brother and I met with the head of Project Clean Uluwatu. This group started small by distributing trash containers to the local warungs, the small family owned restaurants, of Uluwatu. This way the warung waste would at least get taken to the dumps. Since then they've worked on informal education to change the disposal habits of tourists and locals. Right now they're installing a $50,000 liquid waste processor at the base of Uluwatu. This will filter the human waste and warung cooking oil through the processor- and the remaining gray-water will go into gardens. Currently human waste and warung cooking oil go straight into the ocean at Uluwatu.

On a larger scale, organizations such as Bali Fokus are running campaigns to encourage Balinese to compost food waste, which makes up a high percentage of the total waste in Bali. In one interview we met with Pak Ketut Putra, Director of Conservation International Indonesia. He is working to get Hindu religious leaders on board to educate people on proper waste disposal habits. 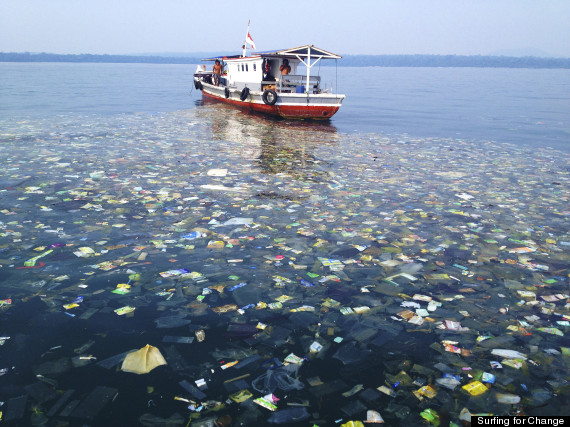 It seems that Bali's waste epidemic is simply a race against time. Will corporations begin manufacturing and selling truly biodegradable products in time? (Aquafina making a smaller plastic cap on their bottles and calling it 'green' doesn't count.) Will locals change their habits in time? Will Bali's government adopt effective waste disposal techniques in time? And finally, will we, the tourists, the ultimate drivers of Bali's markets demand change? Will we refuse plastic bags and bring our own reusable ones? Will we lobby corporations to build better products? Will we stand with - and help fund- the organizations working to clean up Bali?

I believe the answers to these questions will determine not just the fate of Bali, but the fate of many blossoming tourist destinations like it. Ultimately, what happens to Bali will be a reflective example of our own capacity to change our ways.