Heading to Ballet Academy East (BAE) on Manhattan's Upper East Side it seems like forty years ago since I first set foot inside the studio of the Maryland Youth Ballet (MYB) in Bethesda, Maryland. That's likely because it was thirty-nine years ago. Or maybe it actually was forty. The number seems far less important now than the life-changing experiences that followed. Learning to dance profoundly altered my understanding of the world.

My world was transformed from the very first lesson. It morphed into an incredibly exquisite geometry of complex angles and swirls, invisible and yet nearly palpable lines of energy stretched off into infinity and all of it was wrapped up in beautiful music. Ballet was incredibly difficult but the more I managed to get right, the more hooked I was. Learning to use your body as an instrument of expression is one of the greatest experiences in the world. I won't lie: I went for the pretty girls. I stayed for the art.

My first class was pas de deux -- learning to dance with girls. This turned out to be MYB's secret reason for wanting me to join up with them: they had an acute shortage of boys to support, lift, toss and catch the girls. Easy? No... this is athleticism of the highest order and was harder than any football or basketball I had ever played before. It was more difficult than I'd had any idea. Many schools still have trouble finding enough boys to help their girls learn partnering and this opens up a great opportunity for any boys thinking of learning to dance.

For my first class, I was placed at the barre behind a girl I recognized from my junior high school (I later discovered her name was Susan Jaffe) and I was casually instructed to just follow her. Initially I was bewildered by the French vocabulary that named the steps and floundered while trying to do things with my feet that seemed outlandish, verging on bizarre. Muscles previously unknown to me were put to use doing things I'd never conceived as I vainly tried to copy that girl whose name I did not yet know. She made everything look deceptively easy. Never in all the forty years that followed did I ever feel such all-encompassing pain as I did for two days after that first ballet class.

Ballet Academy East is where I have come today to see the auditions for the school. I'm here because BAE wants to attract some attention to its dance classes for boys. This is one of the top schools in New York and the school has valuable scholarships to offer. BAE's faculty is composed of some of the best teaching talent in New York City and the school regularly has its students hired by the best dance companies in the country. The school's curriculum is based on the one used at Central Pennsylvania Youth Ballet which has turned out an improbably high number of professional dancers. The list of CPYB alumni is jaw-dropping in its breadth of success. Obviously the curriculum works and that is the model they are replicating at BAE.

BAE is run by Associate Artistic Director Darla Hoover and founder Julia Dubno who are equal parts likeably cheerful and deadly serious. The cheerful part is that they cultivate a warm and supportive environment with positive encouragement all along the way. In observing the first level, when students are getting their initial exposure to ballet, I note that Hoover has one lead teacher with two other faculty members to assist plus two advanced students. Every child gets strong individual, literal hands on attention. They hold weekly faculty meetings in which they discuss every single student in the school. Your child will not fall through the cracks here or be ignored just to get your tuition dollars. The serious part is that they are in business to provide top level training for the aspiring professional and their standards are correspondingly high. It is a cohesive micro-community built with a culture of success.

In watching Hoover run the auditions I was struck by a few notions. Hoover and all of the other teachers treat the children with dignity and respect. She has been evaluating the potential facility of young children for a long time and she has a clear and economical system for identifying potential and problems. The thorough care with which Hoover and her team evaluate the children verges on something resembling a medical exam. Among the nine year old girls, Hoover quickly identified one girl as having one leg significantly longer than the other and made a note to let the parents know. She explained that she doesn't want to give anyone false hope nor does she want to miss out on a student who may have potential that has yet to be realized. Ballet is extremely demanding and physical suitability is essential.

When the older students filed in for their audition, Hoover put them through their paces in an abbreviated ballet class. She was looking for the things that matter. Timing is crucial in a young dancers training if they are to reach the necessary developmental plateaus to become professional dancers. If certain elements of musculature, body awareness and discipline are not in place by the time a student reaches thirteen or fourteen then Hoover won't be able to help. Several of the girls clearly have had extensive training but it was equally clear that it was not training of high rigor or quality. They were unable to jump, they had surprisingly little muscle tone and were generally vague about their movements. It is too late to remediate most of them. There were a couple of girls that Hoover felt she could really help with four years of hard work.

Among the boys there was one potential future dancer who was inexperienced. When we spoke about him later, Hoover identified his willingness to try things that he'd never seen before and he made fairly good approximations of the steps with solid jumping ability. He was alert, focused and displayed generally good energy and physical coordination. He had an apparent desire to learn and tried his best at everything without getting frustrated. She felt certain she could make a dancer out of him. This was his lucky day.

I asked Hoover what she thought children gained from studying dance intensively. She replied that beyond the great dance training, they are constantly talking to students about who they are. They have ingrained the habit of older students mentoring the younger students. In addition to having older students help the younger ones with ballet technique, they also coach them on how to do their hair and sew their shoes. Along the way they learn a level of concentration, discipline and time management that results in many of them becoming outstanding students in the academic realm as well. Hoover said, "Your character is going to last forever. Your tendu will die when you're forty but your character is going to go on forever and you're going to start building it now. You will walk out of this program a better person, not just a better dancer."

Any boys out there that have thought about going into dance are well advised to take a close look at Ballet Academy East. There is another audition on Monday, September 16 at 5:30pm. Theirs is a nurturing and thriving community of young artists. There are performance opportunities twice a year providing challenging choreography. Young men will get to partner with some of the best young women in the city in an environment that is notable for its lack of friction and competition. Partnering experience is absolutely essential in getting a professional dance job.

Where some schools lack depth in male teachers, BAE has plenty of them and the school is turning out great male dancers such as New York City Ballet's Chase Finlay. Becoming a dancer is one of the most physically challenging things you can do with your body in terms of athleticism. The greater your commitment and the harder you work, the more you are rewarded. You should also know that Darla Hoover is known for motivating dancers with the reward of a cupcake. She claims it worked with Chase Finlay.

Here's what I know: Once you become a dancer you never really stop being a dancer. The discipline becomes part of your mind and body and is inextricable from your experience of the world. You will have a heightened sense of awareness of your body and your relationship to the physical world. That internal sense of balance and economy of movement that dancers develop never completely leaves you. When you become a dancer, your internal yardstick of excellence is forever tied to a physical ideal that is at once inspiring and frustrating. When you see brilliance at that level it becomes a profound experience of a transcendent ideal which combines form with movement. It is simultaneously frustrating because that level of perfection is unachievable for most of us. If, just once in your life, you had been lucky enough to experience what it was like to be able to use your body as an instrument of pure expression you would never want to go back to the way you were. And finally, however hard you may have to work at any other job for the rest of your life, you will always compare it to how hard it was to be a dancer and you will feel relieved that by comparison what you're doing now isn't that hard. 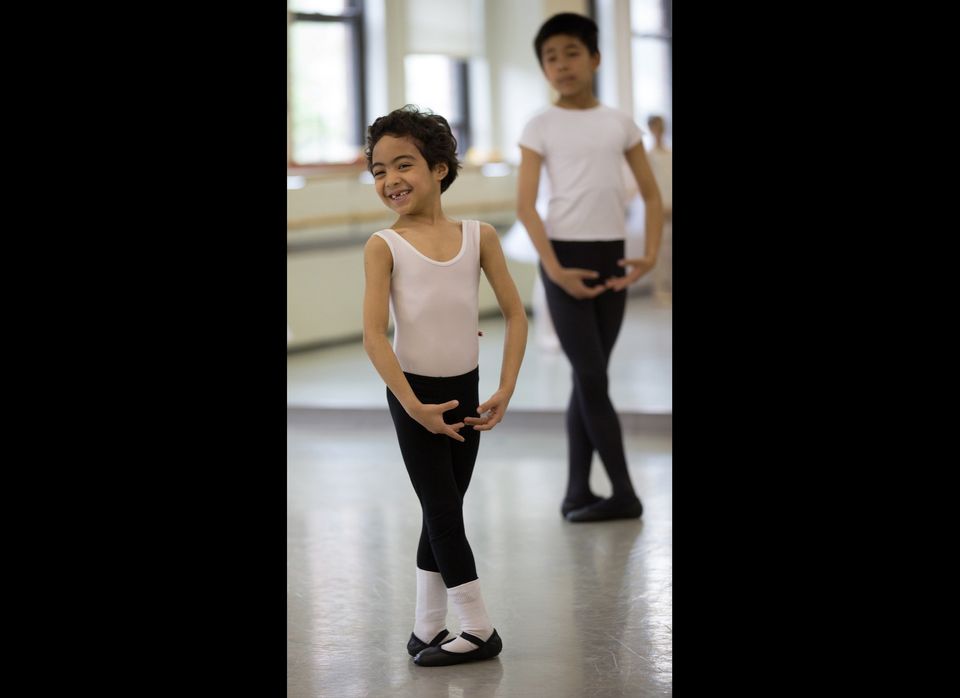