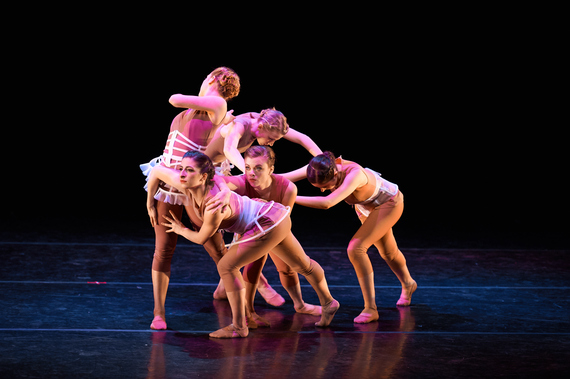 Ballet Memphis in I Am A Woman. Photo credit: Ari Denison.

Religion. Sexism. Vice. Body image. Race. Dance is one of the most physical languages offered to man and explores the world through a visceral lens that makes words obsolete. It can construct relationships through body positions and analyze themes with a hand gesture.

When Ballet Memphis visited the Joyce Theater this month, the bill was more socio-politically charged than most ballet performances. The Tennessean company localizes much of its work, pulling from material prevalent in its community. The pieces drew on race conflicts, gendered expectations, and spirituality to make dance about more than movement, conveying an immediate message about humanity's need for unity and acceptance. 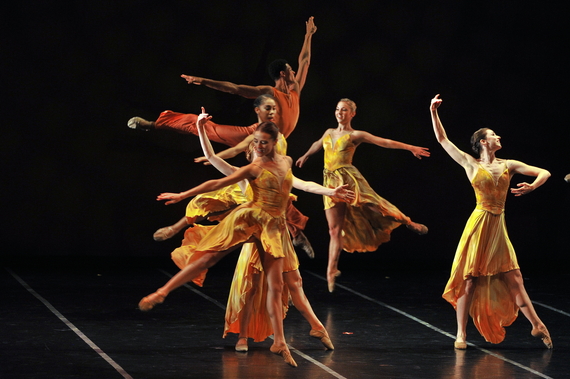 First on Program A was Confluence, a celebration of home splashed in yellow and orange. Virginia Pilgrim Ramey opened with a classical solo to Antonín Dvořák as she represented a stranger in a new land. Then, an abrupt and altogether jarring shift in music to gospel signaled Pilgrim Ramey's conversion into one of a nine-person collective. She found a niche among her brothers and sisters of faith; unfortunately, Ballet Memphis dancer and choreographer Steven McMahon has yet to do the same among his fellow dance innovators. His voice is scattered, and his work looks amateur, like a teenage recital where no one expects brilliance. He has not learned to navigate timing, and as Pilgrim Ramey ran in circles around the ensemble -- leaping in frantic jetés -- she was rushed and awkward, two words that should never be used to describe such an expansive, stunning performer. McMahon also lacked organization, so his ideas didn't translate. Especially in motifs of motion, he didn't enforce the connective tissue necessary to show the subtle differences in a repeated step. This review should not discourage McMahon; I know some of the most talented choreographers of the 21st century, and they will all readily admit that creation is difficult and takes a lot of practice. Rather, it should serve as observations from an outsider, who viewed his work and saw flaws, but also immense potential.

Then came Gabrielle Lamb's I Am A Woman: Moult, a brilliant investigation into anatomy, fashion, and womanhood. First, it was refreshing to see a female name on the program. Then, it was exciting to know that the woman behind the name was a force to be reckoned with, her techique new and compelling. What she did was not quite ballet and had elements of the vague genre called contemporary. In a program note, Lamb wrote, "the piece explores female body image and women's relationship to the clothing they wear." She achieved her end through vivid imagery and successful metaphor. A dancer crawled forward, insect-like and menacing. Soon, a slew of women joined her in bodices and hoopskirts, their limbs constricted by the raiment that encircled them. The mood felt like a modern Petite Mort, with concentration on the architecture of the human body. Then, men swooshed in to throw a crown on Crystal Brothers, who caved under the weight. Slowly, the other women shed their layers of clothing -- their insecurities -- until Brothers was left alone in her bodice. An especially eye-catching duet between Kendall G. Britt Jr. and Lauren Pschirrer, seemingly on their wedding night, lent itself to a second viewing as Pschirrer transformed more into herself under the scrutiny of marriage, until she finally left Britt Jr. for independence. Pschirrer is only in her second season at Ballet Memphis, but she has a certain star quality. You want to watch her; she harbors this intense but bright energy that makes her charismatic onstage: approachable but charged at the same time. 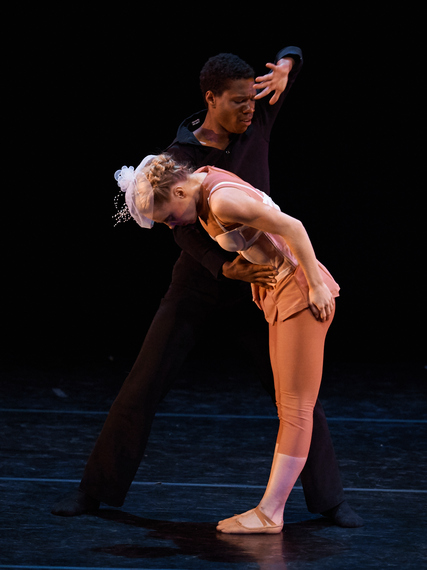 Kendall G. Britt Jr. and Lauren Pschirrer in I Am A Woman. Photo credit: Ari Denison.

Notably, nearly every transformation in I Am A Woman: Moult was instigated by a man, as though women derive their body images from how the other sex views them. This commentary -- on how the male gaze affects women -- felt honest and discouraging. The fact that we sometimes require an outside perspective to make us feel confident in our own appearance is one of the tragedies of current society, and I Am A Woman: Moult revealed the psychological consequences of a negative self-image based on the unrealistic beauty standards of our era. When Brothers removed her confines at the end of the work, it felt as much like a failure as an accomplishment, because again, it took a male/female pas de deux to bestow her with the confidence to shirk her oppressions.

The Darting Eyes by Matthew Neenan was also lovely; Neenan has a very unique aesthetic, and he uses it to emphasize intimacy among his dancers. The Darting Eyes dove into the Seven Deadly Sins and Virtues, with the Mississippi River baptisms serving as inspiration. Religious in nature, the allegory sometimes felt too thick, but other snapshots brought even an atheist to tears. As Virginia Pilgrim Ramey migrated around the floor, frustrated, straining into a sphinx-like pose to stare at her audience, you could imagine how agonizing it must be for her to watch ethics disappear as people sacrificed themselves to sin. She embodied the river, washing people clean, and yet she could do nothing for those who refused re-invention. This lack of salvation might make her go insane. 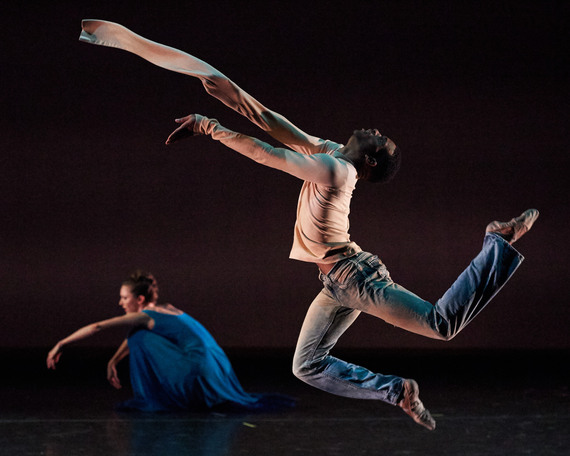 Another powerful duet featuring Hideko Harasawa seemed out of place, but touching nevertheless. Harasawa had this eternal elegance, as if she could see without seeing anything. Sitting atop shoulders and glancing over the world, she floated, not looking. This was a moment among moments -- the act of seeing without seeing, the act of living blind. We've all done it, lived blind. We've all decided not to interact with something or to deny its existence. Harasawa's bleached white figure could not be tainted by lust, anger, greed, gluttony, pride, envy, or sloth, and so she chose not to acknowledge them at all.

Finally, Politics. Rafael Ferreras juxtaposed street dancers in sneakers with ballerinas in pointe shoes at an office space, playing on their distinctions and similarities to comment on the possibility of harmony, if only we acknowledge our common threads. The jookers -- LaShonté Anderson, Ptia Reed, Carmen Savage, and Tia Waller -- did things with their bodies that I did not know were possible. I'm unequipped to describe them, but they certainly made for a mind-blowing contrast to arabesques and pirouettes. Still, Ferreras could have done more legwork on the politics of difference. His concept was so good, and so innovative. If only he had taken it one step further by adding more tension and reconciliation, the work could have been revolutionary. 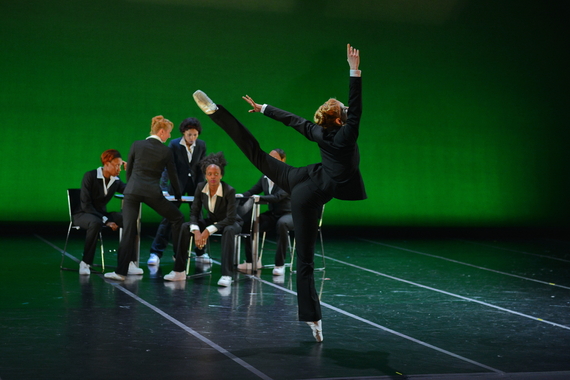