Ballet Next, the independent ballet company founded by co-directors Michele Wiles and Charles Askegard, opens its first week-long season on Tuesday, October 23rd in New York City. Nearly a year ago, I wrote about Ballet Next here in The Huffington Post. It seemed time for another visit. 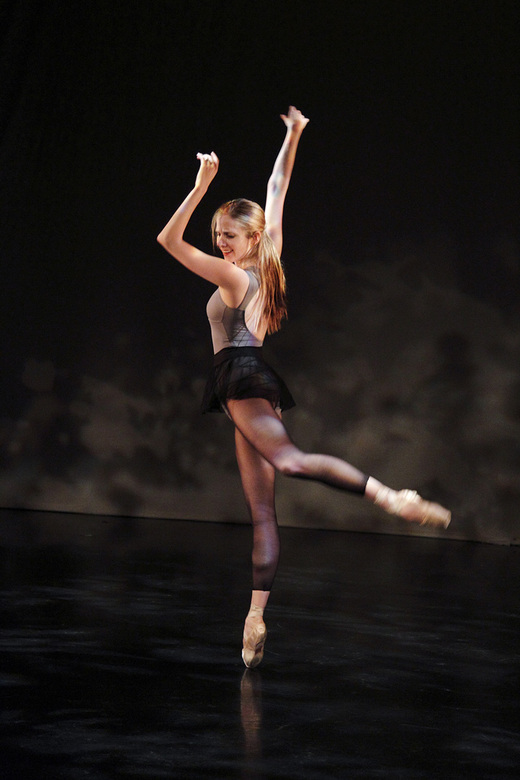 Photo of Michele Wiles provided by Ballet Next

As I watched a rehearsal of Mauro Bigonzetti's new work titled, BachGround, I was reminded of Wiles' desire to bring the company's work to more people and to audiences who may not be familiar with ballet. The work is haunting and haunted and, to me, reflects the distance between individuals even as we press against one another. There was an unexplainable tension in the movement, as limbs seemed possessed by memories of their own. I saw an intimacy explored by individuals that developed into dynamic explosions of kinetic declarations of independence - moments of clutching at oneself while in the arms of a partner - in the way one might grasp for the hand of a lover. The work seemed incredibly timely, somehow reminding me of the current isolation and disconnection many people articulate experiencing in this increasingly connected world. Of course, all well crafted art offers multiple interpretations and this piece is layered with rich, stark, evocative moments that, almost audibly, ask for personal reflection. The coming days will no doubt change the work and I may see something very different by next week. Regardless, I am intrigued and feel balletomanes and novices alike can relate to this challenging and sensual work.

A second new work in the program is Askegard's Stravinsky Divertimento, and in speaking with the choreographer, he shared a story of a very contemporary problem. Askegard found a piece of music via Spotify and was inspired. He began making a dance to this music only to learn from Ballet Next's musical director, Elad Kabilio, that the piece can not be found - that it is apparently a World War II-era composition and any notation that once existed, has been lost. The company performs to live music so without notation, the piece can not be performed. Askegard then set about finding other music and landed on Igor Stravinsky's Divertimento for violin and piano. Upon researching the music, he found that Stravinsky arranged this work similar to a Petipas pas de deux, and so Askegard has peppered the piece with choreographic winks to choreographers Marius Petipas and George Balanchine in a similar spirit of appreciation for process. 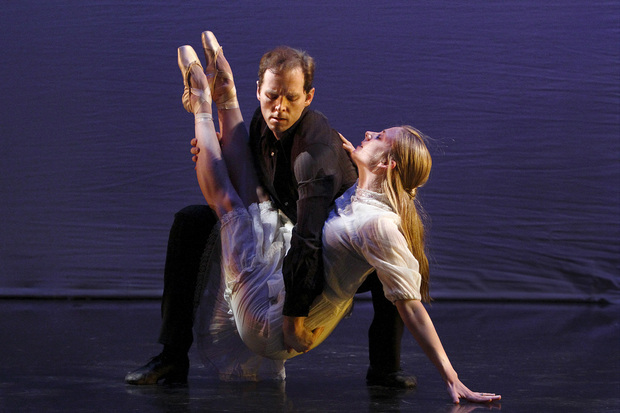 Photo of Charles Askegard and Michele Wiles, provided by Ballet Next

Also on the program is Tinntinnabuli, a new piece for 6 dancers, choreographed by Alison Cook Beatty set to music by Arvo Pärt. The Company will present the world premiere of Picnic, a ballet inspired by the 1975 film Picnic at Hanging Rock, set to music by Dmitri Shostakovitch with choreography by Brian Reeder from American Ballet Theater.

Choreographer Margo Sappington has further developed her critically acclaimed pas de deux Entwined. The ballet is now set to Erik Satie's "Gnossienne No. 2,7,5,3, & 4," and has been expanded to include a solo for Michele Wiles, as well as a new duet and trio. Completing the program is La Follia, a duet created for Ballet Next in 2011 by Italian choreographer Mauro Bigonzetti, set to Antonio Vivaldi's quartet sonata of the same name.