A picture snapped surreptitiously and posted to Reddit's r/funny thread has drawn attention to a little known tenet of the Sikh faith.

"Yes, I’m a baptized Sikh woman with facial hair," Balpreet Kaur, a college student, wrote in response to her picture.

Kaur, an Ohio State University sophomore studying neuroscience and psychology, is a baptized Sikh, and as such follows the so-called "5 Ks," or five physical symbols that date back to the creation of the faith by Guru Gobind Singh in 1699, according to BBC.

One of the tenets is kesh, or uncut hair.

"Yes, I realize that my gender is often confused and I look different than most women. However, baptized Sikhs believe in the sacredness of this body - it is a gift that has been given to us by the Divine Being [which is genderless, actually] and, must keep it intact as a submission to the divine will," she added to her response on Reddit.

The photo was also picked up by Cracked.com, which lauded the student for her "graceful and fresh" response.

The poised student, who is also president of the Sikh Student Association and plans to be a neurosurgeon, also said that she believes that by not worrying on her outward appearance, she is able to better focus on actions that matter.

"When I die, no one is going to remember what I looked like, heck, my kids will forget my voice, and slowly, all physical memory will fade away," she writes. "However, my impact and legacy will remain: and, by not focusing on the physical beauty, I have time to cultivate those inner virtues and hopefully, focus my life on creating change and progress for this world in any way I can."

While not alone in her adherence, Western culture's standards of beauty -- which involve all sorts of waxing and shaving -- have made many Sikh women disregard the rule.

According to Gurinder Singh Mann, a professor of Sikh studies at UC Santa Barbara, more and more women have begun to treat the religious requirement as flexible.

"The winds of all this modernity and secularism are growing," Singh Mann said in an interview with the Los Angeles Times.

For Kaur, however, there's nothing to be ashamed of.

"I’m not embarrased or even humiliated by the attention [negative and positive] that this picture is getting because, it’s who I am," Kaur wrote. And, she added, if you're out and about on the OSU campus, by all means come by and say hello. 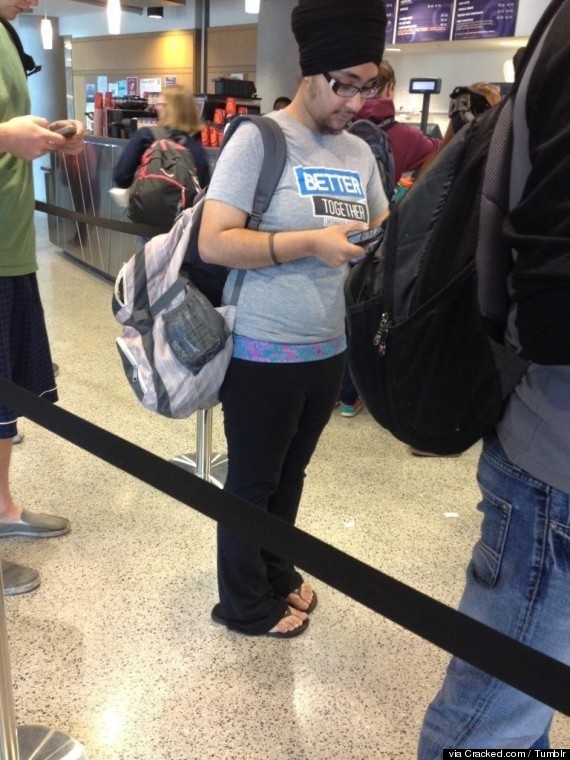 10 Sikh Women You Should Know

10 Sikh Women You Should Know