Co-authored by Owen Brian Toon, Professor in the Department of Atmospheric and Oceanic Sciences at the University of Colorado, Boulder, btoon@lasp.colorado.edu

As the United States struggles to deal with budget problems, as the U.S. Air Force deals with boredom, poor morale, drug use, and cheating on certification exams by their personnel entrusted with control of nuclear missiles, we have a solution that will save money as well as make the world a much safer place - get rid of most of our nuclear weapons immediately. A recent New York Times editorial pointed out that it would cost $10,000,000,000 just to update one small portion of the U.S. arsenal, gravity bombs. The U.S. government has no data on the overall cost of maintaining its nuclear arsenal, but various sources estimate the cost over the next decade between $150 billion and $640 billion, depending largely on which nuclear related tasks are included in the budget.

Nuclear weapons are useless. They would never be used on purpose by the major powers, but could be used by accident. Some countries might use them in a moment of panic, or in response to imagined threats and insults, or in a fit of religious hysteria. The arsenals of nuclear weapons states set a bad example for the world, encouraging proliferation. And they could kill us all.

The direct casualties from just three weapons of the size used on Hiroshima, exploding on U.S. cities, perhaps by North Korea or Iran in coming decades, would cause more casualties than the U.S. experienced in World War II. Even worse, our recent work shows that a nuclear war between any two countries each using only 50 Hiroshima-sized atom bombs, a modest fraction of what India and Pakistan now possess, could produce climate change unprecedented in recorded human history. Unfortunately, we have examples of cities burning, like San Francisco here after the 1906 earthquake. 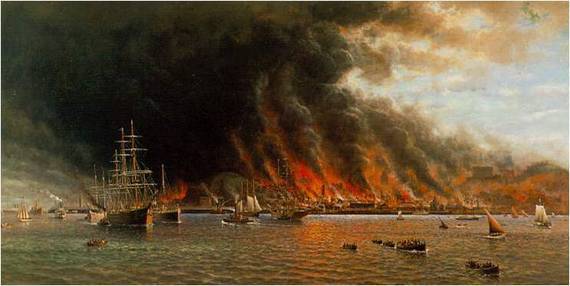 Nuclear winter was discovered 30 years ago by American and Russian scientists, including us, working together. We found that the stratospheric smoke originating from fires ignited by nuclear explosions in cities and industrial areas would be so dense that it would block out the Sun, making it cold, dark, and dry at Earth's surface, killing plants and preventing agriculture for at least a year. There would be winter conditions even in the summer. And our recent work using modern computers and simulation models not only has validated the early work, but shows that the smoke would last for more than a decade.

Advertisement
The scary thing is that this could still happen today. Even the reduced arsenals that will remain in 2017 after the New START treaty, about 4,000 between the U.S. and Russia, threaten the world with nuclear winter. The world as we know it could end any day as a result of an accidental nuclear war between the United States and Russia. With temperatures plunging below freezing, crops would die and massive starvation could kill most of humanity. This is what the world would look like after a US-Russia nuclear war: 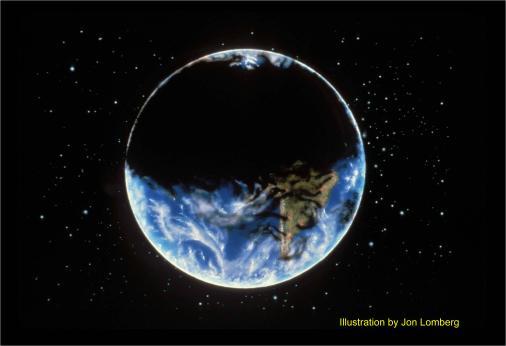 It is immoral that these two countries threaten not just their own citizens, but also the entire world with their nuclear arsenals. The world has now reduced the number of nuclear weapons to about 10,000. An immediate U.S. and Russian reduction to levels in line with the other seven nuclear states (100 to 200 weapons) would maintain their appearance of a deterrent yet prevent an accident or misunderstanding threatening the end of the world.

The discussion of nuclear winter helped end the nuclear arms race between The U.S. and the Soviet Union 30 years ago. In a February 12, 1985 interview in the New York Times President Ronald Reagan said, "A great many reputable scientists are telling us that such a war could just end up in no victory for anyone because we would wipe out the earth as we know it. And if you think back to ... natural calamities - back in the last century, in the 1800's, ... volcanoes - we saw the weather so changed that there was snow in July in many temperate countries. And they called it the year in which there was no summer. Now if one volcano can do that, what are we talking about with the whole nuclear exchange, the nuclear winter that scientists have been talking about? It's possible ...." In a 2000 salon.com interview with Mark Hertsgaard, Mikhail Gorbachev explained, "Models made by Russian and American scientists showed that a nuclear war would result in a nuclear winter that would be extremely destructive to all life on Earth; the knowledge of that was a great stimulus to us, to people of honor and morality, to act in that situation." Now it is time once again to learn from scientific study of the dangers we present to ourselves, and rapidly act to remove that danger. We have the means to remove this threat, but we have to realize that nuclear weapons are not just bigger bombs - they can produce an environmental disaster.

The Cuban Missile Crisis was the closest the world has come to a nuclear war between the Soviet Union (now Russia) and the United States. Hawks in the U.S. government advocated an attack on the nuclear missiles being installed in Cuba by the Soviet Union, but President Kennedy and Premier Khrushchev were able to work out a deal involving the U.S. removing missiles from Turkey if the Soviet Union would remove theirs from Cuba. It was not only a horrific nuclear war that was averted, but also a global climate catastrophe that could have resulted in starvation of most of humanity. There have been many other incidents where luck and last minute actions prevented the start of using nuclear weapons. The only way to be sure we do not annihilate the human population is to destroy the weapons.

Clearly, the U.S. and Russia must demonstrate leadership on these issues, for the good of the planet and to set an example for other current and potential nuclear states. The only way to avoid a global climatic catastrophe would be to reduce each arsenal well below new START levels. What level of devastation constitutes effective deterrence -- one city destroyed? Ten? One answer is clear: there are too many nuclear weapons in the world, by as much as a factor of 1000, for anyone, anywhere in the world to be safe from their potential effects.

Our latest work, using calculations of how crops grow under different weather conditions, shows that a billion people could be at risk of starvation from just the cooling from a nuclear war between India and Pakistan. Upon learning of these results, Nobel Peace Laureate Mikhail Gorbachev said, "I am convinced that nuclear weapons must be abolished. Their use in a military conflict is unthinkable; using them to achieve political objectives is immoral. Over 25 years ago, President Ronald Reagan and I ended our summit meeting in Geneva with a joint statement that 'Nuclear war cannot be won and must never be fought,' and this new study underscores in stunning and disturbing detail why this is the case."

The U.S. government policy is to work for the total elimination of nuclear weapons, but with no specific timetable. As President Obama said in Prague four years ago, "The existence of thousands of nuclear weapons is the most dangerous legacy of the Cold War. ... In a strange turn of history, the threat of global nuclear war has gone down, but the risk of a nuclear attack has gone up. More nations have acquired these weapons. ... As the only nuclear power to have used a nuclear weapon, the United States has a moral responsibility to act. So today, I state clearly and with conviction America's commitment to seek the peace and security of a world without nuclear weapons."

The time is now to quickly reduce our nuclear arsenals. Their costs are enormous to any nation building them. They cannot be used, and their continued existence makes the world a much more dangerous place.