Years ago I found myself confused (and a bit relieved) to find burgers and hot dogs among the concessions on offer at a rock show sponsored by a blog called Brooklyn Vegan. If you're one of the cool kids you may have just snickered, for you know, as I now do, that Brooklyn Vegan is a blog dedicated to the New York-based music scene, a blog with no professed beef (pun sort of intended) with the meat eating element of the concert going public.

Without ascribing any ill will to the people of Brooklyn Vegan, I will say that this episode got me thinking about the indie rock scene, the borders it draws between those in the know and everyone else, and the way naming can be a tool in defining those borders. I think about the bands I listened to as an eleven year old, before I was seduced by the siren song of "alternative music". Take Def Leppard, for example, whose phonetic approach to naming their band was an act of both subversion and inclusion, a middle finger to the tyranny of proper spelling and a way of ensuring that anyone with a first grade education could pronounce their name with confidence. Compare that with contemporary Scottish electro-darlings CHVRCHES whose name reads like a Latin riddle only to be spoken in anything above a self-conscious murmur by members of the inner sanctum.

When you're a 35 year old music fan living in New York City, it's hard not to feel like an outsider looking in through an ever narrowing window. In a last ditch effort to stave off the inevitable midlife crisis, I invoke the well-worn adage "If you can't beat 'em, and you can't join 'em, then exploit 'em any which way towards your career as a humorist. In this column and perhaps future ones, I return to the source of that first traumatic blow to my indie credibility, Brooklyn Vegan, in search of bands I have never heard of and know nothing about. I will make guesses about who they are and what they sound like armed only with the knowledge of their names and my own stockpile of dated and misguided associations.

I don't know what I hope to prove with this experiment. The only thing I'm almost certain of is that my guesses will be way off the mark. Long gone are my days of being in the know. These days I'm the perfect Brooklyn Moron.

Let's forget all the cynicism above and start with a clean slate. There is something so gleeful about this name that I have to take it at face value. These guys are bros and they approach life as if it's wild a safari. They want to party with everybody and their unapologetic open-mindedness endears them to even the most elitist among music scene snobs.

I have to imagine that Bro Safari kills it live. However their stellar musicianship can almost go unnoticed as their onstage antics, their hilarious and inspired gags make the show what it is. They don't have a label. They don't care. They will soon. Or not. It's all good.

When Bro Safari pose for a promo picture, I imagine they look something like this: 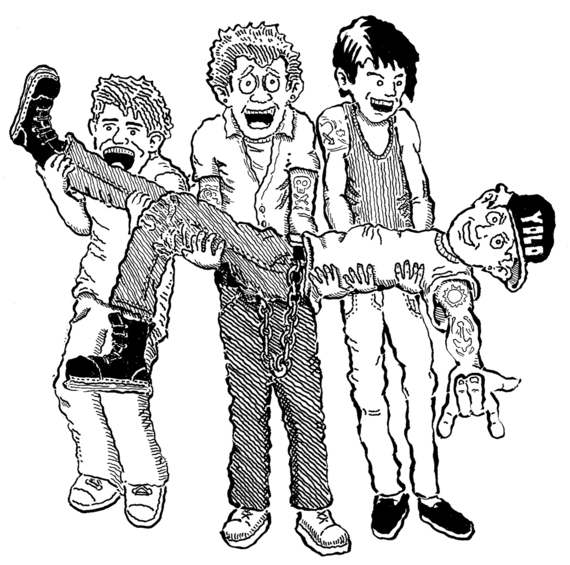 My shrink would do better to explain this than I could, but when I hear "sex" I think electronica. Add the word "prisoner" and the mood is getting darker, the digitized crunches louder and more violent.

Sex Prisoner is a collaboration between a talented young woman who came to New York from a stiflingly repressed Middle American town on a Tisch scholarship, and a listless engineering student who responded to an interesting posting on an NYU message board.

I'll call them Eva and Serge because, why not?

Eva is a performance artist and gifted vocalist and for her, the show is as much about spectacle as it is about music. Serge channels his thesis work on radio frequencies into epic soundscapes over which Eva can emote and howl. Together they are Sex Prisoner.

Serge has never had sex.

If I typed #sexprisoner into Instagram, I'd expect to find this: 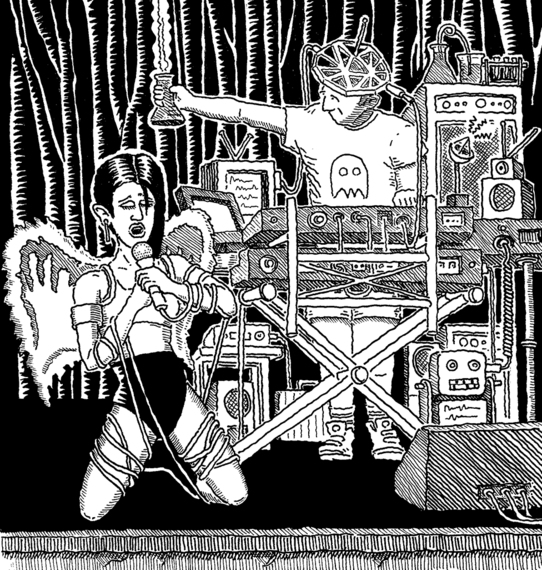 In my day, band names starting with honorifics like "mister" or "doctor" suggested we were cruising over ska or jam-band country. Neither of these genres are so much of the moment but let's just say that I imagine Mr. Legs is a group of guys that grew up together in Upstate New York and that their name derives from a private joke based on a lanky individual who used to hang out at their local swimming hole.

Mr. Legs got serious when they were all attending a SUNY college where they dropped acid regularly. Since graduating and hitting the city clubs they've given that up, all of them but the guitarist who claims to "see the serpent through the grid" when he plays.

A band like Mr. Legs gives its best performance when playing against a mountainous backdrop like this one: 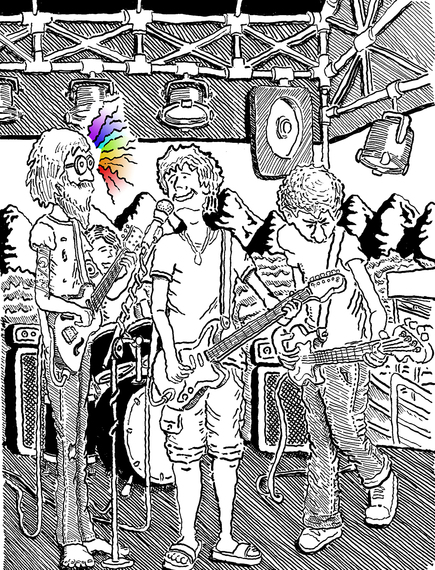 That's all for this installment from the Brooklyn Moron. Excuse me now while I prepare some preemptive apology letters.