WASHINGTON -- As four bloggers in Bangladesh have been arrested in recent days, others in the country's blogging community worry that they could be next and accuse politicians of trying to suppress people's freedom to organize and speak out in order to preserve their own political power.

Last week, police detained four bloggers in the capital city of Dhaka who have been critical of the government's pro-Islamist stance. Home Minister M.K. Alamgir warned that the government has a list of seven more "atheist bloggers" who will soon be targeted.

Alamgir has not revealed who the seven bloggers are on his allegedly "atheist" list, although several groups of Muslim fundamentalists have named names. The latter lists are currently available on social media, with one identifying 84 bloggers.

The Huffington Post reached out to seven prominent Bangladeshi bloggers, all on the Islamists' lists. The three who replied said they were concerned that they could be targeted.

The bloggers described an ongoing fight between Islamist forces that want to drive the country in a religiously fundamentalist direction and the online journalists giving a voice to those Bangladeshi who want a more open, tolerant society.

"Bloggers have become the voice of people in recent days in Bangladesh," said one of the bloggers, who requested anonymity out of fear for his safety and who is currently staying in an undisclosed location. "Most of the bloggers don't belong to any political party, they boldly criticize any oppression and injustice. So, this freedom became a headache for mainstream politicians, and now they have started to control freedom of speech in the internet, especially in blog and social media."

Another blogger, Baki Billah, told The Huffington Post that in the last few days, sources at various government offices have warned him that he may be arrested.

At this point, Billah said he knows that anything could happen, considering that one of those already arrested is Russell Parvez, a prominent voice among Bangladeshi bloggers.

"How ridiculous it is to arrest one of the most promising writers in the country apparently for no reason," said Billah. He also contended that Parvez "is being tortured in remand."

Parvez, who received his master's degree in physics from the University of Connecticut, is well-known for his analytical pieces on religion, politics, fundamentalism and science. He spent more than five years building his reputation, and newcomers consider Parvez a first-generation blogger who has paved the way for others.

The question that continues to nag at the bloggers is why the center-left coalition government, which has been in power since 2009, suddenly decided to focus on the bloggers and arrest four of its critics.

Billah believes that the whole situation is being manipulated by Jamaat-e-Islami, an Islamist party that is currently out of power but still wields significant influence, for its own political purposes. Jamaat opposed Bangladesh's independence from Pakistan in 1971 and perpetrated war crimes listed by the Guinness Book of Records as among the five deadliest 20th-century killings.

Right now, the International Crimes Tribunal, which was set up by the current government to deal with war crimes, is trying nine men -- including seven members of Jamaat-e-Islami. Billah charged that Jamaat is trying to foil those trials by causing public disorder over the issue of religion.

Many supporters of the bloggers argue that the country's two major political parties -- the Awami League, which controls the coalition government, and the Bangladesh Nationalist Party (BNP) -- are going along with Jamaat-e-Islami's agenda out of fear of having their own religious commitments questioned.

The bloggers' arrests came in the wake of threats from another, little-known Islamist party called Hefazat-e Islam that threatened to march toward Dhaka on April 6 to press for "punishing all atheist bloggers." The blogging community had ignited the ire of this group by launching a mass protest advocating the separation of politics and religion, as well as justice for war crimes victims. The protest began on Feb. 5, the day a third Jamaat leader was sentenced to a life term by the International Crimes Tribunal. Two others had already been sentenced to death for crimes against humanity.

The protest, established in one of Dhaka's busiest intersections, Shahbagh, has continued non-stop and is now being called the "Shahbagh movement."

Public awareness of the bloggers has also grown, particularly since the assassination of Rajib Haider, a blogger who was hacked to death in front of his residence on Feb. 15. Five young men confessed to murdering Haider, saying they had been instructed by a leader of Islami Chhatra Shibir, the student wing of Jamaat.

The assassination was followed by an anonymous smear campaign against bloggers like Haider, sometimes with doctored websites containing posts that defame Islam.

But the bloggers are clear on whom they blame the deteriorating situation.

"Both Awami League and BNP rehabilitated Jamaat in post-Independence Bangladesh for their political gains. These parties allowed Jamaat to abuse religion only to keep their pathway to power cleared," said Billah.

In the 42 years of Bangladesh's existence, the Shahbagh movement is the first time people have to come together in significant numbers to demand a ban on Jamaat for perpetrating war crimes in the 1971 war, and to call for the separation of religion from politics in order to build a secular society.

"Awami League found it difficult to deal with a bunch of these free-thinkers showing urban middle-class youth the ground to organize," Billah told HuffPost via email.

The Awami League, which promised in the last election that the war criminals from 1971 would be put on trial this time, tried to penetrate and control the Shahbagh movement but failed, according to Parvez Alam, another blogger accused of being an "atheist" by some fundamentalist groups.

Alam has been involved in Shahbagh as the coordinator of the "Jatiyo sarthe blogger online activist forum," a platform that helped organize several anti-government protests in the last few years. One of the arrested bloggers, Asif Mohiuddin, was also a member of this forum until he was stabbed by fundamentalists in January.

"The government is well aware of the revolutionary character of any mass gathering. The mainstream political parties are afraid to face such a challenge. Shahbagh has overturned the dominance of the ruling Awami League and major opposition BNP and the rule of political dynasties as well," said Alam.

The bloggers have vowed not to give in to the pressure, saying that now is the time to finish the promise of the 1971 revolution in which 3 million individuals died to break away from Pakistan and its religion-based government. And they are joined by thousands of Shahbagh protesters from all walks of life, especially young people.

"To me, this is a fight between old and new. If old is defeated, the world will see a new Bangladesh," said Billah. 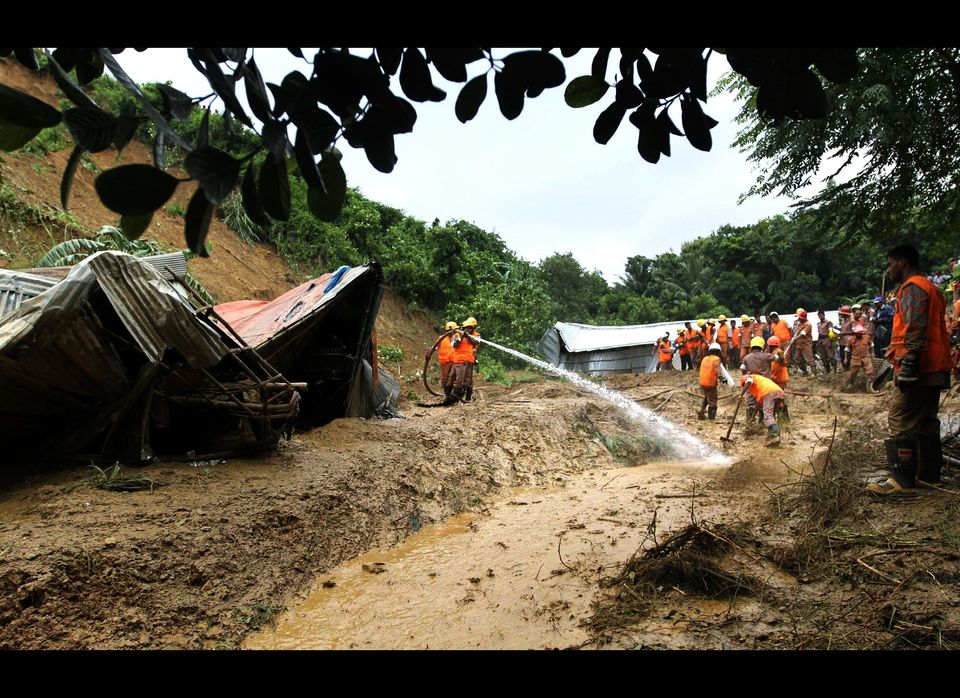