Officials in Bangladesh have set up a panel to raise the minimum wage for garment workers following a factory collapse that claimed over 1,000 lives.

The panel will be made up of factory workers, factory owners and government representatives, and it will issue recommendations on wages for factory workers within three months, according to the Associated Press. Textile Minister Abdul Latif Siddique told Agence France-Presse that “there is no doubt” that workers can expect a pay increase.

The collapse of Rana Plaza last month has brought new attention to the lives of garment workers in Bangladesh, who make a minimum wage of $38 a month and often face substandard workplace safety. Rana Plaza housed five garment factories.

In 2010, Bangladesh increased the minimum wage for garment workers by 80 percent following worker protests, the Associated Press reported. Current per capita income in the country is just $1,940 per year.

The tragedy has put some western retailers in an uncomfortable position, as some customers condemned brands' reliance on cheap labor and unsafe factories following the tragedy. Other customers, however, have said that they prioritize cheap prices over workplace safety. Indeed, a proposal to increase safety at factories in Bangladesh was deemed "not financially feasible" and then rejected by major brands last month, according to Yahoo News.

Meanwhile, criticism of Bangladeshi working conditions has the government there worried that some retailers may pull out of the country, potentially putting a dent in the $18 billion in textiles it exports each year. While Disney ceased manufacturing in Bangladesh in March, most retailers -- including some that manufactured goods at Rana Plaza, like Benetton -- have said they plan to continue using Bangladeshi suppliers.

Providing jobs offers great benefits to the country -- as long as the workers are safe, the Benetton CEO told HuffPost in an interview last week.

According to Worker Rights Consortium Executive Director Scott Nova, who offered his calculations in The Atlantic, making factories safe in Bangladesh would cost around $3 billion -- which translates to consumers paying just 25 cents extra on goods made in the country. 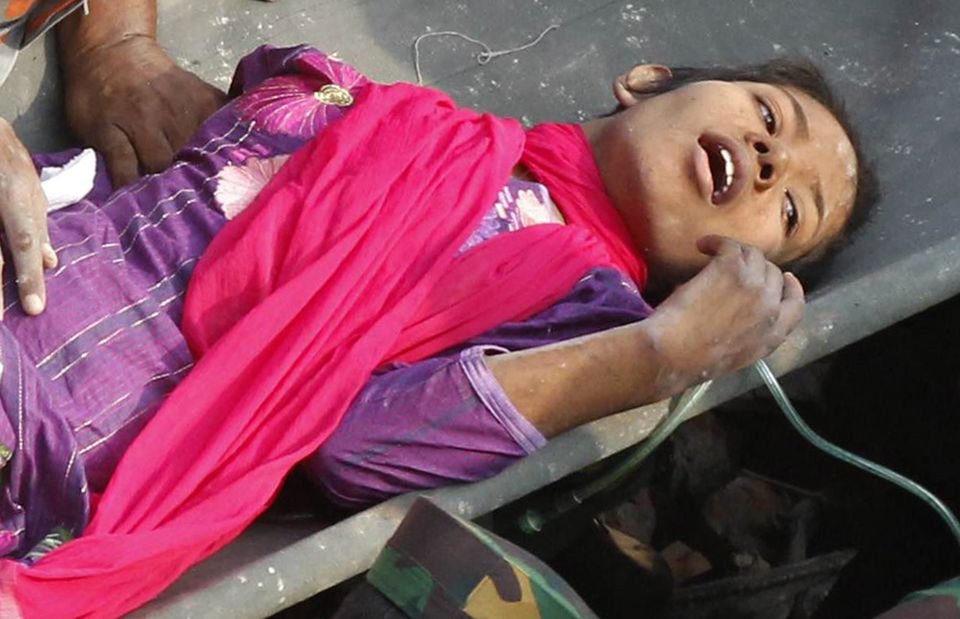 1 / 9
Bangladeshi rescuers retrieve garment worker Reshma from the rubble of a collapsed building in Savar on May 10, 2013, seventeen days after the eight-storey building collapsed. The death toll from last month's collapse of a garment factory complex in Bangladesh rose past 1,000 as piles of bodies were found in the ruins of a stairwell where victims had sought shelter. AFP PHOTO/STR (Photo credit should read STRDEL/AFP/Getty Images)
Getty Images