Michael Bloomberg on Monday told a room full of bankers, traders, and investors that financial regulation was hurting their profitability and the U.S. economy. It was crowd-pleasing, but wrong.

In a speech at the Securities Industry and Financial Markets Association's annual conference in New York,
Bloomberg criticized the Dodd-Frank financial reforms, saying, "if you reduce the risk, they can’t make the money, they can’t provide the financing that this country and world needs to create jobs and build infrastructure and all of those things." Bloomberg's anti-regulation comments were applauded by the crowd, BuzzFeed's Matthew Zeitlin reported.

But have banks really stopped being able to "make the money"? The answer is clearly no: As a percentage of total U.S. profits, the financial sector has bounced back remarkably well from the crisis it caused and the recession it triggered. 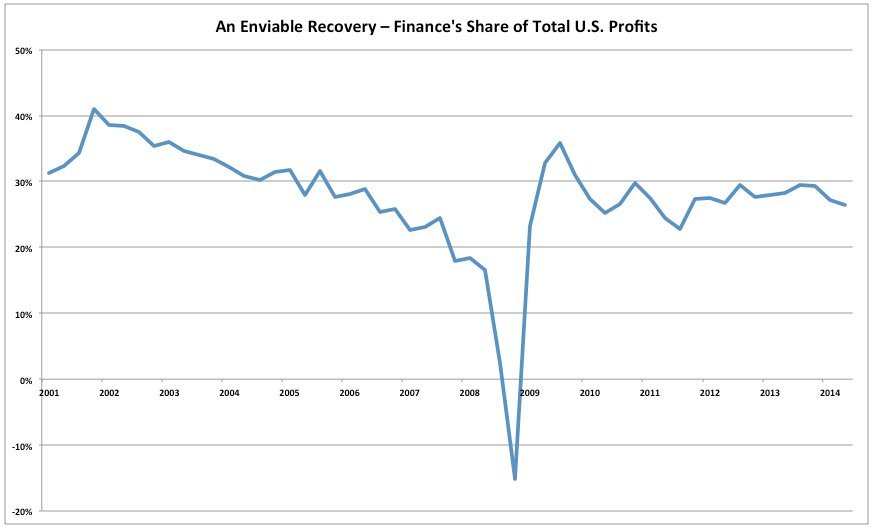 Banks' profits have been just under 30 percent of total corporate profits for the past few years, which is right about where they were during the mid-2000's boom. And this is still not a case of low profits elsewhere making banks' profits look relatively bigger. U.S. corporate profits have surged since the recession, and financial profits have gained back their pre-crises share. On an absolute basis, total U.S. financial profits are higher than they were before the crisis. 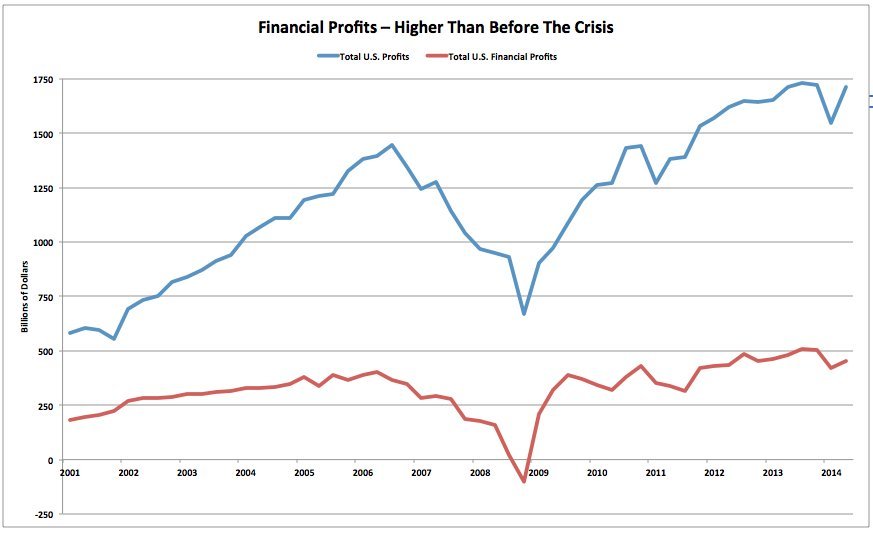 It might be true that, without financial reform, banks could be making even more money. But the idea that banks must make as much or more money than they currently do to help the U.S. economy grow, as Bloomberg suggested, is not supported by the facts.

For instance, JPMorgan Chase, the biggest bank in the U.S. by deposits, has been doing relatively less and less of the kind of lending that supports economic growth, precisely as its profitability has soared. In 2008, the bank lent out just under 75 cents for every dollar of deposits it took in. It is now lending out 56 cents on the dollar.

Though JPMorgan's deposits have ballooned, the most profitable investments for it to make with those deposits aren't loans, but instead things like credit derivatives. In fact, with interest rates as low as they are, more lending might mean lower bank profits.

Contrary to Bloomberg's comments, banks are making plenty of money in spite of new regulations. And they are increasingly making their profits from activities that have little to do with job creation and building infrastructure.