Even the most massive changes occurring in the banking sector today aren't as dramatic as what is happening in marketing and advertising.

Direct mail offerings have been declining rapidly since 2006. In 2009, less direct mail was sent by banks than in the year 2000. Direct mail has declined 32 per cent since 2007 alone.

In 2008, the Internet surpassed all media except television as the primary source for national and international news; this has taken its toll. In March 2009, the 146-year-old Seattle Post-Intelligencer closed down, citing rising costs, falling revenues and declining circulation. Since January 2008, 55 regional newspapers in Britain have folded. Of the top 25 newspapers in the U.S. in 1990 (the year newspaper employment peaked), 20 have seen declines (on average reporting circulation down by more than 30 percent), and two have been closed down or declared bankrupt. New York Times reported a 30 percent fall in advertising revenue, resulting in a $35.6 million loss for the 2009 third quarter alone.

In 2009 TV advertising revenues in Australia fell by more than 12.6 percent in the first half of the year. In the first quarter of 2009, the U.S. recorded losses of more than 14 percent in TV ad revenues in normally stable locations such as the Bay Area and New York, and is expected to suffer a total decline of 22 percent for the year. Declines of 27 percent and more were recorded in radio ad spending for the U.S. for the first half of the year -- even worse than the decline in TVCs. Yet a recent report commissioned by UK's OFCOM forecast the value of TV ads in the U.K. could fall from GBP 3.16bn in 2007 to just GBP 520m in 12 years' time. That's an 83 percent decline. 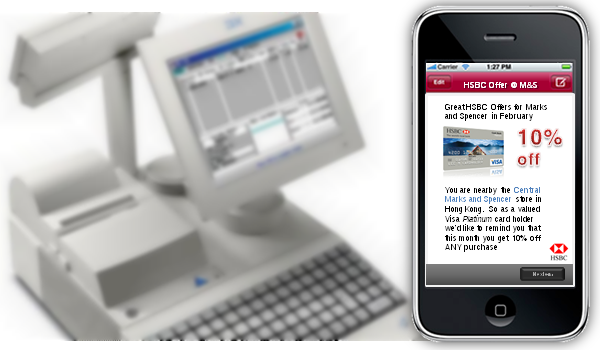 Banks are finding themselves no longer able to just get by with brand marketing. After all BofA and Citibank have great brand marketing, but are being hammered by customers on Twitter, YouTube and elsewhere. Thus I find it amusing that 'digital' or interactive marketing still makes up only a fraction of marketing budgets for banks in 2010. The very fact that banks separate 'digital' in respect to budget or spend, signifies the challenges of changing a culture so dependent on direct mail, print, radio and TV - all of which are broadcast mechanisms.

Let's play Devil's advocate for a moment. What will the advertising space look like in 5-10 years? It's more than likely that TVCs will be gone. With declines in revenue we'll have to find another way to pay for TV, either through subscription or download, but there is no business model that indicates Free-to-air TV can survive without ad revenue. Direct Mail will be relegated to very specific segments, and then only for loyalty promotions. Newspapers will be on iThingys with paywalls - we'll subscribe to newspapers and virtually every newspaper will be digital. Billboards will be all digital, but not based on TVCs - they have to be even more efficient. Physical magazines will be a luxury item, most magazines will be digital. In this space nearly all advertising will be digital within 10 years.

TiVo already strips out TVCs. Spam filters on our phones and email ensure the eDM ain't going to work. We need something more. In my book BANK 2.0 I call this "Point-of-Impact" marketing. Banks need to insert their 'value' message into the transaction where it will have an effect, not send out millions of messages hoping for 'brand recall'. Brand marketing will still exist, but campaign marketing needs to shift to point-of-impact. To illustrate, when you are on BA.com, United.com or CathayPacific.com and I'm booking a flight, that is where you need to sell me travel insurance. When I'm on a real-estate website, that is where you can target me with mortgage deals. When I walk into Bloomingdales, Marks and Spencer, or Armani Exchange, send me a location-based MMS coupon on my mobile offering me a discount using a specific card. Get me when I'm interested, when I need it.

But this requires a complete rethink of the structure of the marketing department, and a complete new set of tools. This is the biggest fundamental change to the marketing department of the bank...well ever. I'm not surprised that quite a few of the banks I'm talking to are not sure how to make this transition, but that doesn't make it any less likely.