After a week of celebrating the liberty to dive into titles like "Lolita" or the "Catcher in the Rye," Banned Books Week comes to a close. Yet there are still those who are being persecuted for attempting to embrace such freedoms of expression.

Amnesty International has taken the occasion of Banned Books Week -- and beyond -- to call attention to oppressed writers worldwide.

"We wanted to add an international component to Banned Books Week. We wanted to broaden it from solely looking at censorship to what other risks writers face now in various countries around the world," Michael O'Reilly, Amnesty International campaign director, told the Huffington Post. "If you don't have the right to express your thoughts, you won't have ability to advocate the full range of human rights."

The writers highlighted below have been imprisoned, had their publication shutdown and received death threats.

"The cases this year -- they do give a good picture of countries where freedom of expression is under fire."

The mail-in petitions below call for government action to allow free expression. O'Reilly noted that taking the extra step of actually sending mail is a key part of affecting change.

"The ability to put paper on someone's desk has a different impact than filling up an email box," he said, explaining that the organization will sometimes translate online campaigns to print as well. "I don't think Amnesty will ever go fully online."

O'Reilly recalled one campaign that prompted an international ambassador from Togo to march into his Washington, D.C., office saying his desk had filled up with petitions calling for prisoners to be released. O'Reilly said he was informed that a number of individuals had in fact been set free.

"Our goal is to provoke more of that," he said.

Click to read about writers who are being oppressed worldwide. Do your part to help give them the freedoms you celebrate during this year's Banned Book Week.

Beyond Banned Books Week: How You Can Fight For Oppressed Writers (SLIDESHOW) 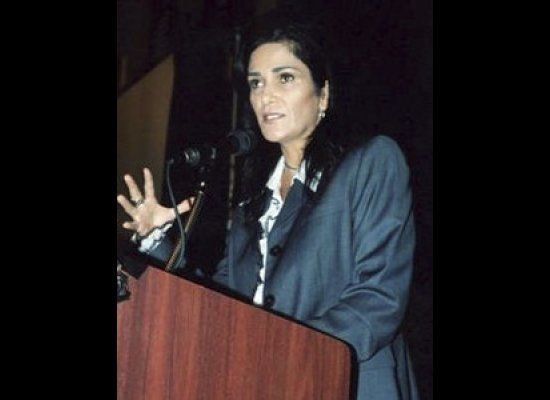