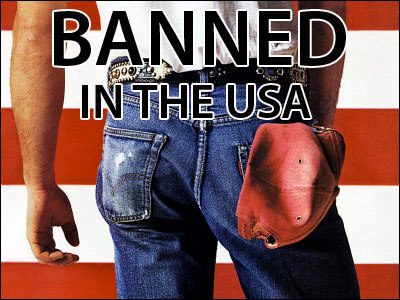 "Men feared witches and burnt women. It is the function of speech to free men from the bondage of irrational fears."

Gay penguins, a superhero clad in briefs, vampires and witches, bondage -- next week is all about banned books here at PEN as we join librarians, booksellers, publishers and writers to celebrate the freedom to read. Started in 1982 in response to a sudden surge in book challenges and bannings in public schools and libraries, Banned Books Week supports free and open access to information and ideas, even those considered unpopular or unorthodox by some.

From Of Mice and Men to Harry Potter, more than 1,300 books have been challenged since 1982, according the American Library Association's Office of Intellectual Freedom. In 2012 alone, there were 464 reported challenges, with Dav Pilky's Captain Underpants series and Sherman Alexie's The Absolutely True Diary of a Part-Time Indian topping the list.

While books have been and continue to be banned, part of Banned Books Week is celebrating the fact that, in a majority of cases, the books challenged have remained available. This happens thanks to the efforts of librarians, teachers, students and community members who stand up and speak out. And that's exactly what we're going do this week.

Staring on Monday, September 23, PEN will begin posting essays from this year's Banned Books Month. Based on the success of last years series, we asked PEN members, supporters, and staff -- writers and editors of all backgrounds and genres -- to send us their reflections on the banned books that matter most to them. Among this year's contributors, Matt Bell writes on Barbara Comyns's Who Was Changed and Who Was Dead; Domenica Ruta shares her thoughts on Mark Twain's Huckleberry Finn; Alissa Nutting takes on R.L. Stine's Goosebumps; and Rob Spillman writes about Maurice Sendak's Where the Wild Things Are. Follow the PEN America Blog for more posts throughout the week and into October.

We're also partnering with the ALA and Google for a series of online conversations with Sherman Alexie and Erica Jong about their experiences having their own books banned.

On Monday, September 30, PEN and the American Booksellers Foundation will present an evening of poetry banned throughout history. Allen Ginsberg, Walt Whitman, Marina Tsvetaeva, Frank O'Hara, Daniil Kharms and Sappho are just a few of the poets whose work will be read by today's most interesting contemporary poets. Click here for more details.

If you love reading and you believe in the First Amendment, join PEN and the hundreds of libraries, book stores, and literary and human rights organization for this year's Banned Books Week celebration. Here are just a few things you can do:

Spread the Word
The simplest and most effective response to censorship is to spread the word. Use PEN's social media tools to Tweet, FB, Tumblr, Google + and even Myspace this post.

Attend a Banned Book Event
There's no shortage of Banned Books events this week. Join PEN online or in person at one of ours, or check out the ALA schedule of events for an event near you.

Virtual Read-Out
Since the inception of Banned Books Week in 1982, libraries and bookstores throughout the country have staged local read-outs -- a continuous reading of banned/challenged books -- as part of their activities. For the third year in a row, readers from around the world can participate in the Banned Books Virtual Read-Out by creating videos proclaiming the virtues of the freedom to read that will be featured on a dedicated YouTube channel. » more details

Read
Check out the ALA's website for a list of banned books by year, decade, and author. Then go and read one.