And the results are simply stunning. Susan Brown, marketing director at the library, says that this was "an idea that's been cooking in my head for a few years. Thanks to the Freedom to Read Foundation and their Judith F. Krug Memorial Grant, we got to do it!

"Two areas often under the eye of censors are visual arts and literature. We thought that this project would be a great way to bring the two together."

When asked via email if books had been challenged at the Lawrence Library, she replied that "we don't get many challenges to books here - I've been here three years or so and can't remember one. But there have been plenty of challenges to books around Kansas and Missouri."

Due to popular demand, the cards are now on sale for $7 plus postage on the library's website.

Click below to see the cards - including an exclusive reveal of tomorrow's final image! 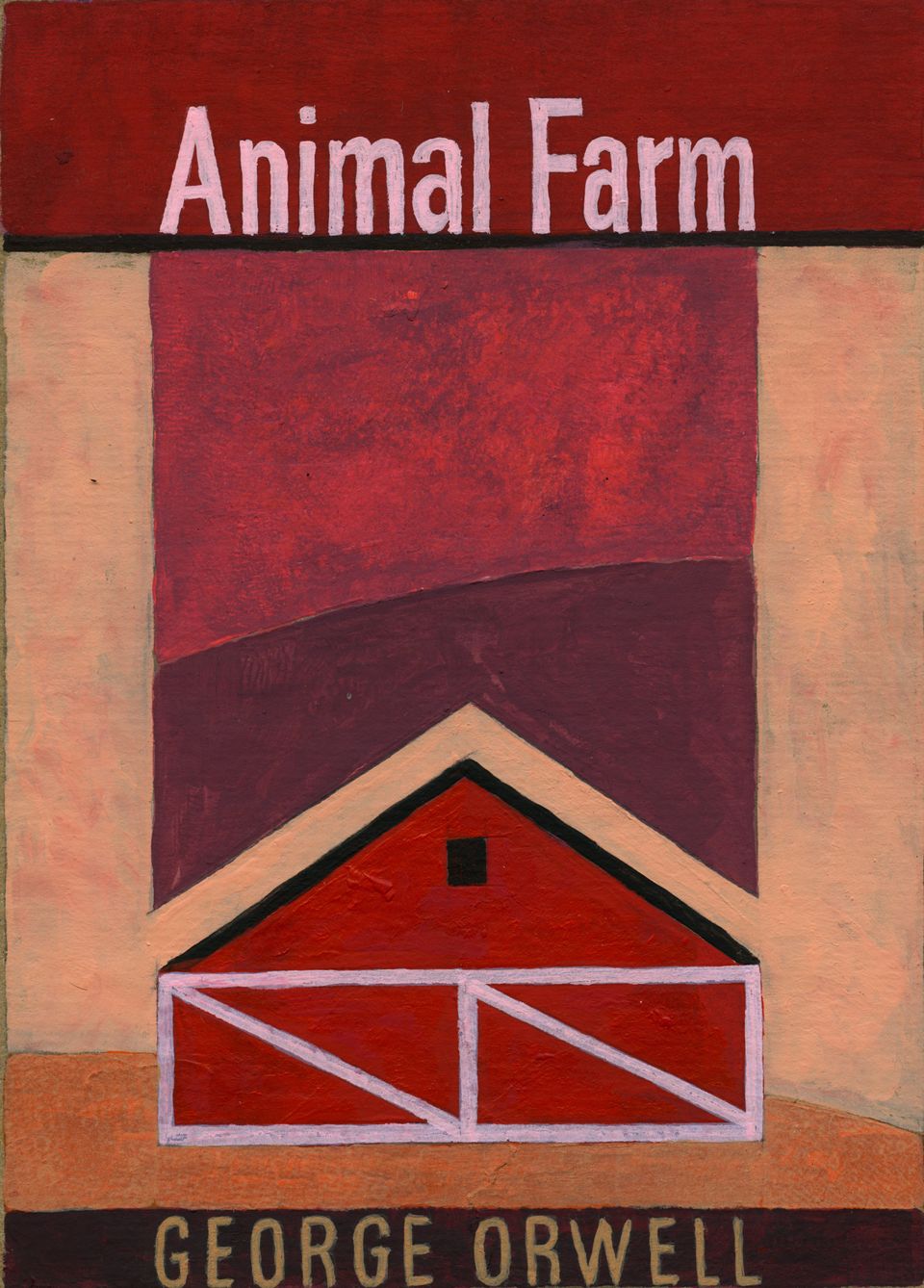 1 / 7
Animal Farm by George Orwell
When I was in first grade, my class was shown the animated film of this classic book. I’m sure none of us understood all of the symbolism and metaphors in the story, but the viewing left a lasting impression on me. I have since read the book a few times and consider it one of my all-time favorites. My painting depicts a flat graphic pig hoof hovering over the roof of a barn. It represents the pigs’ ominous ruling power over the rest of the animals on the farm. - Barry Fitzgerald