If you had plans to spend next year calling your boo bae, describing the chilly weather as a polar vortex or talking up your foodie lifestyle, cancel them immediately. Those three terms can never be spoken again.

At least, that’s the tongue-in-cheek goal of the “List of Words Banished from the Queen's English for Mis-use, Over-use and General Uselessness," released Wednesday by Lake Superior State University in Sault Ste. Marie, Michigan. The college's 40th annual list has a total of 12 new words we're supposed to collectively excise from our vocabulary in 2015.

The banished word list was started in January of 1976 by W.T. Rabe, a savvy former LSSU public relations director, who's also known for inventing the school traditions of issuing unicorn questing licenses and burning a snowman each spring.

The first list came directly from LSSU staff and Rabe’s personal language pet peeves. But at this point in time (that phrase made the list in 1976), it’s generated by the wider populace, with people submitting the words they loathe on the school’s website and a committee compiling the final selection each December. The list has since grown to include more than 800 entries.

Some of the phrases on the list have been faulted for redundancy, like 1995's vast majority; others, like enhanced interrogation, speak to a dead serious (another banned phrase) critique of cultural mores. Other words are clearly targeted because they're trending (yep, also banned).

It's easy to get annoyed by slang terms that crop up suddenly -- especially if you need an article from Time to understand them -- and then die out within a year or two anyway. But part of the fun of language is the difficulty of predicting which words will naturally fall by the wayside -- we barely knew you, cybarian and chillaxin' -- and which ones will become so commonplace -- prioritize, parenting, brainstorm, blog -- it's strange to think of trying to ban them. With something as delightful and amazing as language, half the fun for wordsmiths is watching usage change over time.

In some ways, putting a straight-up ban on words that are part of people's everyday conversations seems like a stodgy approach. However, LSSU's banished word list serves as a reminder to be creative and deft with word choice -- to encourage thinking outside of the box -- rather than as a prescriptive ban. It can also just be an interesting snapshot of what’s hot and hated in language year-by-year.

That said, if you catch yourself telling your bae, who’s a real foodie, about a cra-cra hack for getting free swag, it might be time to think about expanding your vocabulary.

Or not, whatever. It's all good.

Bae, It Would Be Cray To Stop Using These 'Banned' Words
Slang Words 2014 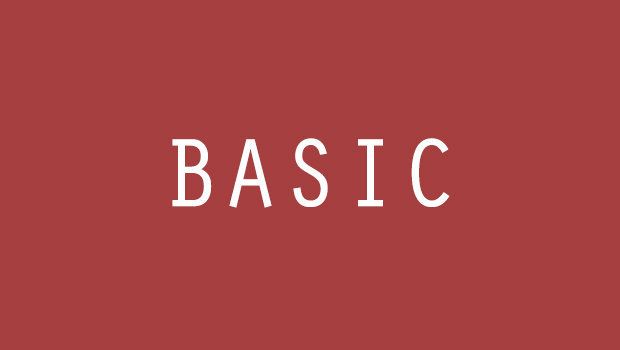 1 / 62
Basic
<strong>What it means:</strong> A boring, typical or dull person/thing. The phrase "basic bitch" was also popular this year. <strong>How to use it:</strong> PERSON A: I just got my pumpkin spice latte — I hope I don't spill it on my Uggs! PERSON B: Ugh, you're so basic.