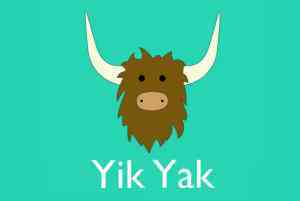 No doubt about it: There are some vile posts on Yik Yak and other social media platforms. But, just because some people use these platforms to intimidate and spread hate is not justification to ban them from college campuses. Instead, people should (and often do) use the same platforms to condemn bigotry and spread tolerance.

I admit it, I'm a sucker when it comes to the First Amendment, and I'd rather err on the side of free speech than suppression of speech, however horrible it may be. And, as any free-speech advocate will tell you, it only becomes an issue when the speech is offensive: No one is clamoring to ban videos of cute kittens playing the piano, but there are many people in the world who want to see a ban on anything that resembles hate speech.

I'm not opposed to private companies banning hate speech from their services. Facebook, Twitter and many other social-networking sites have rules against it. Yik Yak, the latest app to be accused of allowing the spread of hateful, racist speech and harassing comments against women, also has rules that prohibit "racially or ethnically offensive language" along with posts that "defame, abuse, harass, stalk, threaten or otherwise violate the legal rights (such as rights of privacy and publicity) of others."

Yik Yak also has mechanisms to remove such speech, but -- like other social networking apps -- it mostly has to enforce those rules after the fact. Its algorithmic filters can't prevent all negative posts.

Still, there have been calls to ban Yik Yak from campus Internet networks at Colgate, Clemson, the University of North Carolina at Chapel Hill and elsewhere.

In November, Utica College in New York blocked the app from its wireless networks because, according to an open letter from the college's president, Todd Hutton, "Some Utica College students have been employing uncivil, intolerant and bigoted language in postings," on the app.

A Clemson University spokesman said that a request to ban Yik Yak, "Came from a group of students who were concerned about racist comments being made anonymously on Yik Yak, but since then they realized (a ban is) not something that can happen." The administration, he said, has not acted on those requests.

In an interview, Yik Yak CEO Tyler Droll said the app uses filters to try to block posts that violate its terms of service. His company also has a round-the-clock team of moderators to review posts and Yik Yak users can "downvote" objectionable posts, which results in many being deleted.

He admits that the filters are "somewhat of a blunt tool," but said, "every day we're working to make them better,"

A peek into Yik Yak posts

To test claims that Yik Yak is a cesspool of negativity, I used its "peek" feature to read the 100 most recent posts from both San Jose State and UNC, where some are calling for a ban on Yik Yak after an alleged bomb threat and racist posts during protests against police brutality earlier this year. I found a lot of posts that are sort of banal, a few that were sexual in nature, some that were empathetic and positive but -- out of the 200 posts I looked at -- none that were blatantly racist, sexist, homophobic or derogatory of any group.

That's not to say that there might not be some really offensive posts, but none jumped out at me when I checked. I did, however, see lots of people in North Carolina complaining about the weather.

I was unsuccessful in my efforts to reach individuals who have gone on record calling for a ban on Yik Yak, but did speak with Soraya Chemaly, an activist who has waged successful campaigns to persuade Facebook and other social networks to remove posts that depict violence against women.

She said that calls to ban sites where there are racist and sexist posts can be a useful way to raise awareness about the issues, but banning the sites "is not going to solve the problems."

"It's Whack-A-Mole. Awful, unempathetic, racist and sexist speech finds its way," she added.

Esha Bhandari, a staff attorney at the American Civil Liberties Union, argues that "banning Yik Yak on campuses might be unconstitutional," especially at public universities or private colleges in California where the so-called Leonard Law protects free speech. She said it would be like banning all bulletin boards in a school just because someone posted a racist comment on one of the boards.

She also pointed out that people can other ways to spread hate. There are plenty of anonymous apps that compete with Yik Yak and new ones are starting up all the time.

Stephen Balkam, CEO of the Family Online Safety Institute, said he too is uncomfortable with some of the racist and sexist comments on Yik Yak and other anonymous apps, but feels that "University campuses should be a particularly strong bastion for free speech."

He prefers "to counter that negative speech with positive speech on anonymous sites."

I agree. The best way to make sure that social media reflects positive values is for people to use the apps in positive ways, speak out against posts that are hateful and derogatory, report abuse when they see it and be supportive of those who have been abused.

Yes, there are some bad actors on social media, but there are millions of good actors whose voices need to be heard.