When it comes to Asian starches, the dumpling seems to get most of the attention. And that just doesn't seem fair. While we have absolutely nothing against those delicious balls of dough, we would like to shift the spotlight onto another Asian carb experience: the baozi, or as we colloquially call it, "the bao," which rhymes with wow. What we're talking about is a Chinese steamed bun filled with ingredients that vary from meat to vegetables (or both). 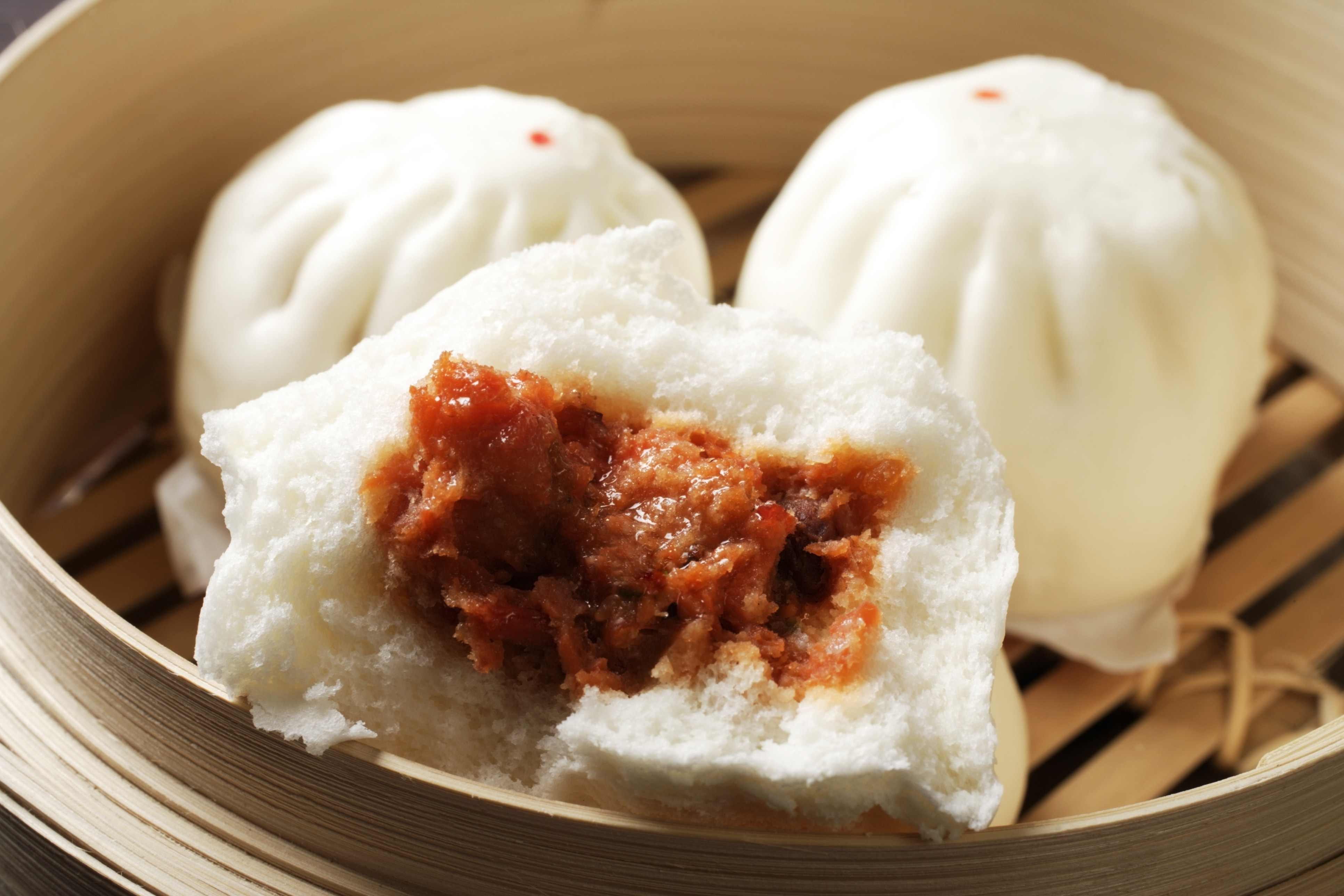 Now before you start claiming that this most definitely does not look like a "sandwich," we would like to refer you to a guideline NPR has made us aware of: the Neuhaus Rule, which defines a sandwich as simply "a protein encased in bread product." In that case, of course baos are sandwiches. We're going broad here, so just bear with us.

Now that we've gotten that out of the way, here are 10 reasons why you absolutely must eat a bao as soon as possible.

1. Mantou, the bread used for baos, is the perfect mixture of softness and sweetness.

Mantou is made by steaming the yeast instead of baking it. This results in an extremely fluffy and soft texture. Another key dough ingredient is sugar, so when you bite into it, you get a wonderful hint of sweetness.

2. Mantou has a pretty badass history.

According to Chinese legend, mantou was invented when an army general named Zhuge Liang had to lead his army across a dangerous river. The people on the other side of the river ordered Liang to sever the heads of 50 of his men if he wanted to safely cross. Not particularly fond of that idea, Liang created a pretty clever ruse: He made large steamed buns and floated them across the river in place of real human heads.

3. Baos make for a great breakfast on the go.

These sandwiches are a popular Chinese street food because they are portable and, unlike dumplings, are designed to be eaten with your hands. And since they are often served as part of dim sum -- a brunch-like Chinese meal devoted to small steamed and fried dishes-- they are known to be a breakfast food.

4. The Chinese have their own version of a pulled pork sandwich: the cha siu bao.

Often served as dim sum or in boxes at Chinese markets, the cha siu bao is a Cantonese version of the popular barbecue sandwich. The fluffy bun is filled with tender, slow-roasted sweet pork that has been marinated in a mixture of hoisin sauce, oyster sauce, soy sauce and sesame oil.

Manapua, a mix of the two Hawaiian words "mea ono" which means "cake or pastry" and "pua’a" which means "pork," is essentially the same exact thing as the Chinese cha siu bao, but only with a much bigger bun.

6. For vegetarians, there are red bean paste buns.

These buns are slightly sweet and serve as a good alternative to pork buns. They're filled with mashed azuki beans which have been boiled and mixed with sugar and honey.

7. Or you could try a lotus seed bao.

This bao is filled with dried lotus seeds for a mildly sweet and savory taste.

8. Wow Bao, a restaurant in Chicago, fills their baos with spicy Mongolian beef.

Other flavors also on their bao menu: teriyaki chicken, whole wheat edamame and coconut custard. There's even a breakfast bao filled with egg and sausage.

Eddie and Evan Huang opened Baohaus in 2009 as a way to introduce the public to the greatness that is Chinese-Taiwanese cuisine. Baos seemed to be the right place to start.

10. The bao is so influential that Malaysia adopted their own version: the pau.

Due to an extensive history of Chinese immigrants in Malaysia, it's fitting that Malaysians created their own spin-off of the bao. These buns are usually filled with curries made out of potato, chicken or beef and resemble more of a curry puff than a traditional bao.