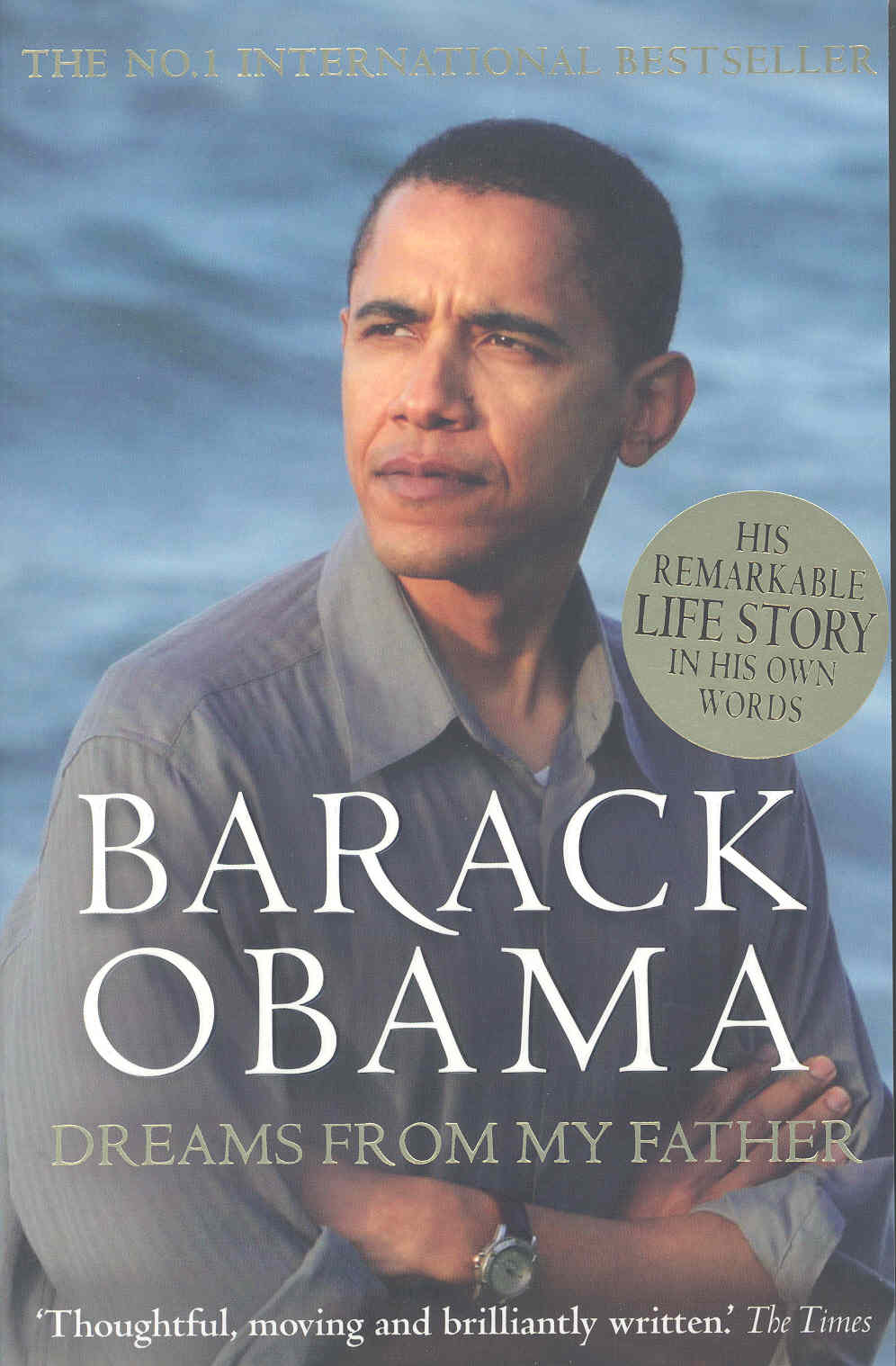 Is Barack Hussein Obama, our President, a tragic mulatto unavoidably born to be hurt? Reading his bestselling memoir, Dreams from My Father: A Story of Race and Inheritance, one quickly learns, no, our leader is no one's victim. Eagerly in his book he outs racist impulses lurking everywhere: from the home of his white grandmother, "Toot", to the hallowed halls and graffiti-covered washroom stalls at Columbia and Harvard, and even among Kenya's 400 fractious tribes. Able to easily acknowledge, then to disregard issues of race and class, President Obama is an evolved example of a largely unprejudiced person, one who we might all observe and emulate in awe.

Born to be Hurt is the title of the latest movie-biography by Sam Staggs, the scrupulously scholarly, yet always droll film historian. Previously he chronicled three of the most entertaining movies ever made, A Streetcar Named Desire, All About Eve and Sunset Boulevard. Unflagging saucy wit and thorough erudition might make one swear he was British. Instead Mr. Staggs turns out to be a son of the Old South, who now lives in Dallas.

And it's this contradiction, of the white writer's precocious brilliance and sensitivity, versus harrowing boyhood scenes of segregation and racist brutality that now finds Staggs making a remarkably improbable but convincing case: that the often dismissed movie Imitation of Life, actually deserves equal billing among the cannon of Hollywood's most admired classic productions!

Most African Americans have a fair amount of non-black heritage along with our ancestry linked to the Dark Continent. Yet even when one has a diverse lineage, in the US, race is still a loaded issue. At least this is what many high-profile, mixed-race, role models like Tiger Woods assert.

Right behind the trepidation harbored about children turning out to be Gay, is a dread of kids bringing home some boy, girlfriend or spouse of a different race or of an alien faith, some say.

Recollecting far milder taunts from my school days in Akron, Ohio, I can only wonder at the horror such a symbolic lynching must have engendered. My family's miscegenation narrative had occurred generations earlier, so perhaps that's why Woods' initiation rite was so much crueler? Certainly it was a far cry from the mere embarrassment of being told,

either, "it's not because you're black, I wouldn't date you, because you are the whitest person I know," or "Hey, you can't say nigger, man, Mike's in the car! Sorry, Mike, I forgot, cause you're like one of us, man..."

Thanks to my half-white, blond and blue-eyed great-grandmother, Mama Willie, I can still appreciate the golf-legend's early sense of estrangement though. Born in 1893, to an 18-year-old servant-mother and a 73-year-old Irish immigrant merchant, in Columbus, Georgia, Mama Willie was a proud 'race woman'. To her way of thinking, anyone or thing, could be dramatically improved by being connected to someone or something black.

Incongruously, to any four-year-old like me, one who inhabited a Dennis the Menace and Leave it to Beaver-focused universe, she was always inquiring,

As stinging as any slap, her laughter was the last thing I'd expected.

Protest that she wasn't white, nor was I, did no good. Crying uncontrollably, I ran the short distance home, straight into the comforting arms of my "brown-skinned" mother. Having experienced a less privileged existence than my dad's grandmother, my mommy knew enough not to laugh at my confusion.

Sarah Jane, the white-looking, 'white-sounding' tragic mulatto 'hero'? in Imitation of Life, also suffers from confusion. Like most children, even those threatened with having 'the hell slapped out of' them, if they don't shut the f--- up, and sit down, one sometimes sees being abused on the bus, she also loved her mother dearly. But unfortunately, she came to despise her too. Only, it wasn't her mother as much as her mother's servile, inescapably limiting, conspicuously black presence that the girl loathed.

Like another tragic movie heroine, Regina in The Little Foxes, Sarah Jane yearned desperately for a life that she might easily have had in a different kind of world. Beauty and brains made her feel well qualified to pursue and possess, to live to the fullest, that good life. But for her dark mother, a constant reminder of being made ineligible to lead such a life by birth, she felt confident of gaining all she wished through a tiny ruse. Denied her heart's desire, what was more sensible than passing; running from her mother, she might at last realize her imagined better, white self? 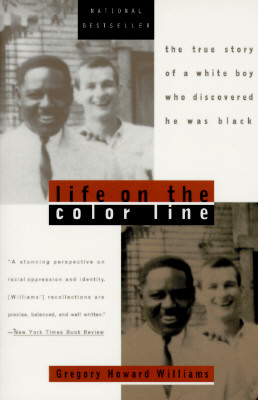 Life on the Color Line 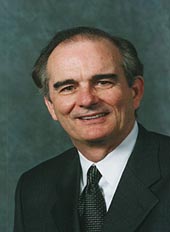 by Gregory H. Williams, tells of these same sorts of visceral agonies. It too, is a story about what it means to go after what's seemingly, impossibly unobtainable. President of City College, credited with helping reach a $1.2 billion-endowment -fund goal three years ahead of schedule, Williams' early life might be said to have progressed from a state of comfort and security, to one of poverty and crisis. Skillfully written with all the sense of suspense and pathos of a first-rate novel, it easily proves how actual history is always more compelling than anything anyone could possibly make up.

Ostensibly he is a white man, with one-quarter black heritage. Much like exceedingly fair Walter White, who long led the NAACP from 1931-1955, Dr. Williams, whose wife is white, consciously embraces a black racial identity. Why? It might be that he recalls the cutting sarcasms used by his supremely clever, but recurrently improvident father. Habitually drunken, embittered by an inability to achieve his great potential, James Anthony Williams enjoyed mocking his own mother's assertions of a predominately Native American background. He derided her to neighbors as a member of the Monig Nation, a tribe that he said was, "more nigger than Indian!" Similarly, Dr. Williams' dispirited Aunt Bess once defended him and his brother obliquely. Under attack by a crowd confused by the new boy's apparent whiteness, she explained their right to live in their Negro neighborhood stating, "They niggers just like you."

Growing up in suburban Virginia in the 1950's, until the age of 10, Gregory Howard Williams had assumed that he was white that his father's family had Italian origins. Outcast, once his parents' taboo marriage collapsed, young Williams and his brother Michael moved with their father to his hometown of Muncie, Indiana. This was when the awful truth was finally revealed, when rejected by his mother and her family, as Williams puts it,

"We learned to be niggers. I grew up a white boy in the South" he has said, "When I went to live with my black family, my white relatives simply withdrew. Not easy for a 10-year-old." 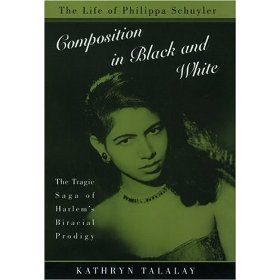 Initially, W. W. Norton editor, Kathryn Talalay's griping, The Life of Philippa Schuyler, Composition in Black and White, might be expected to belie the mulatto's traditionally accursed lot. Alas, before one has even opened the attractive cover, the subtitle tells the full story: The tragic Saga of Harlem's Biracial Prodigy. 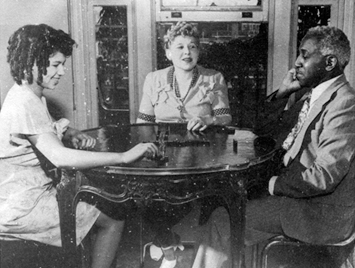 An adored only child reared with every advantage of instruction and continual encouragement, Philippa Duke Schuyler was literally conceived in the stereotypical throes of a 'jungle-fevered' passion.

Dark, with a compact but athletic build, George Schuyler was a renowned and controversial black journalist of the Harlem Renaissance. Josephine Cogdell, a blond, blue-eyed heiress to a Texas ranch, met him during the anything-goes 1920's; the first time in American history when among certain artists and other progressives, non-clandestine relationships between the races began to become fashionable. Swept away by emotion, by the subversion of their novel forbidden love, Josephine wrote of George with abandon, 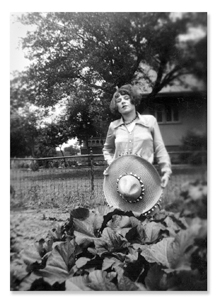 I want to say "Devour me Negro, devour me." Aloud I say, "I should like you to kill me, Schuyler..." "Sweet Heart," he exclaims, looking shocked. Then a mischievous smile lights up his continence, he leans over me with his long hands gesturing diabolically. He takes my white throat in his hands and the pretense leaves his face and a sensuous look of cruelty enters it as he sinks his fingers into my flesh. My lips meet his and I feel like a white rabbit caught in the coils of a glistening black snake...

Fed on a raw diet, the Schuyler's extraordinary offspring, a great-granddaughter of slave owners was compared favorably to Mozart. Already able to read and write at the age of three, an accomplished pianist and a composer by five, she was seen by her parents as a sterling example of how intermarriage would invigorate the races. Their interracial child and others were the ultimate solution to America's obsession with race difference.

Still, for all of Philippa's 'black-Shirley Temple' fame, despite innumerable early successes, an American career as a concert soloist was elusive at best and then there was the bugaboo of dating to bedevil her. With her mother's aide, hatching the Spanish alter ego of Felipa Monterro, Philippa only made matters worse. On occasion she was booked abroad at nearby venues, under both identities, for engagements that were only weeks apart! Following her father's example, she too came to champion right-wing politics, eventually adopting a second calling as a journalist.

Killed in a helicopter crash during the Vietnam conflict, Philippa Duke Schuyler was only 35. Shocked by this nightmarish end to their Utopian dreams, both parents spiraled towards oblivion. Her mother hung herself in the family's one-bedroom apartment at 270 Convent Avenue on Harlem's Sugar Hill. Alone, George Schuyler became a dedicated dipsomaniac, who had been dead for several days before being discovered.

Is it any wonder that featuring so much love and light, juxtaposed with ample sturm und drang, that 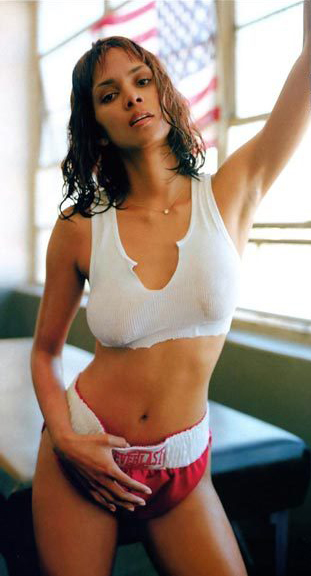 Halle Berry is to produce a movie based on Philippa's short but full, bitter-sweet journey ? Staring 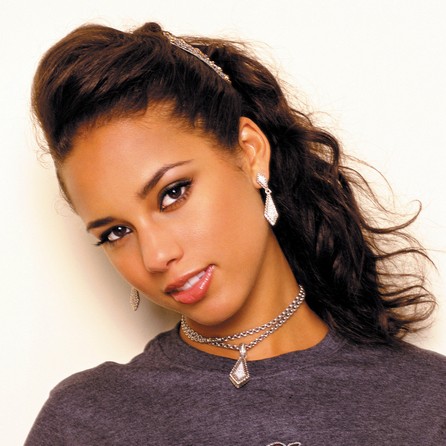 Alicia Keys, this vehicle may not be another remake of Imitation of Life, but chock full of race-driven drama, that now can be more easily navigated than ever before, with any luck, it might just become today's enlightening equivalent.