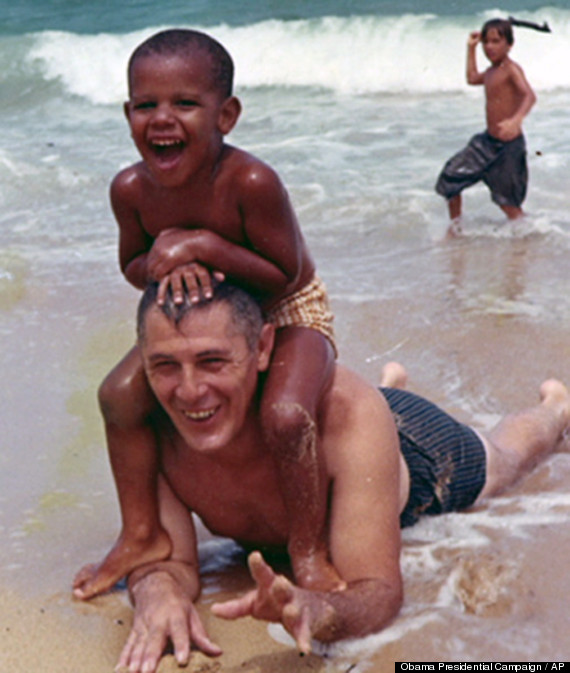 Before he was elected the President of the United States, 4-year-old Barry Obama was just a little boy who liked the beach and hanging with his grandfather.

The above photo of the President and his grandfather, Stanley Armour Dunham, was posted Monday afternoon on Reddit, and has already garnered a lot of attention from the site’s users, who were amused to see a more relaxed, sequester-free time in Obama’s life.

“No matter how crooked or disliked some politicians are, there was a time where they were innocent, carefree and content with the simple things in life,” commented Reddit user Ayumu7.

Obama has famously celebrated the influence of his grandparents on his life, with whom he moved in at age 10. Unfortunately, neither grandparent lived to see him become President.

What do you think about young Barry Obama? Let us know in the comments section.