President Barack Obama told a predominantly black audience on Saturday that if they want to protect everything the community has fought for over the past eight years, they can’t let voter turnout fall now that he’s off the ballot.

“I will consider it a personal insult, an insult to my legacy, if this community lets down its guard and fails to activate itself in this election,” he said at the Congressional Black Caucus Foundation conference. “You want to give me a good send-off? Go vote.”

It was Obama’s last speech as president at the annual event, and served as both a reflection on his presidency and a rallying cry for Democratic presidential nominee Hillary Clinton, who spoke earlier in the evening and who he said is the only candidate who can continue his legacy. Although Obama isn’t running for re-election, “Hope is on the ballot, and fear is on the ballot too,” he said.

The line about fear was one of many references to Republican presidential nominee Donald Trump, a man who tried for years to delegitimize Obama’s presidency by claiming he likely lied about being born in the United States. Trump finally said on Friday that he accepted that Obama was born in the U.S. ― while still lying about his own history as a birther and patting himself on the back for his role in urging the president to release a long-form birth certificate in 2011.

Obama kicked off his speech by feigning relief over Trump’s comments, as he did on Friday.

“There’s an extra spring in my step tonight. I don’t know about you guys, but I am so relieved that the whole birther thing is over,” Obama said. “I mean, ISIL, North Korea, poverty, climate change ― none of those things weighed on my mind like the validity of my birth certificate. And to think that with just 124 days to go, under the wire we got that resolved. That’s a boost for me in the home stretch.”

“In other breaking news, the world is round, not flat,” he added with a laugh.

Obama also mocked Trump’s claim that being a black person in the U.S. is so bad now that black voters should support the Republican because, in Trump’s own words, “What the hell do you have to lose?”

We do have challenges. But we’re not stupid. President Barack Obama

Trump must have “missed that whole civics lesson about slavery and Jim Crow ― but we’ve got a museum for him to visit so he can tune in,” Obama said, referring to the new National Museum of African American History and Culture, which he said he’d toured earlier.

“[Trump] says we’ve got nothing left to lose, so we might as well support somebody who has fought against civil rights and fought against equality and who has shown no regard for working people for most of his life,” Obama said. “Well, we do have challenges. But we’re not stupid.”

Clinton’s speech was shorter and not as fiery, and was spent largely praising Obama and first lady Michelle Obama for what they’ve done for the country.

“I know I speak for not just everyone in this room but so many tens of millions of Americans: Mr. President, not only do we know you are an American, you’re a great American and you make us all proud to be Americans too,” Clinton said after receiving the organization’s Trailblazer Award.

She said she would not take for granted the vote of anyone in the room, and contrasted her vision with Trump’s.

“We need ideas, not insults. Real plans to help struggling Americans in communities that have been left out and left behind; not prejudice and paranoia,” Clinton said. “We can’t let Barack Obama’s legacy fall into the hands of someone who doesn’t understand that ― whose dangerous and divisive vision for our country will drag us backwards. Instead, we need to come together.”

Obama: Low Turnout By Black Voters Would Be 'A Personal Insult'
Obama 2016 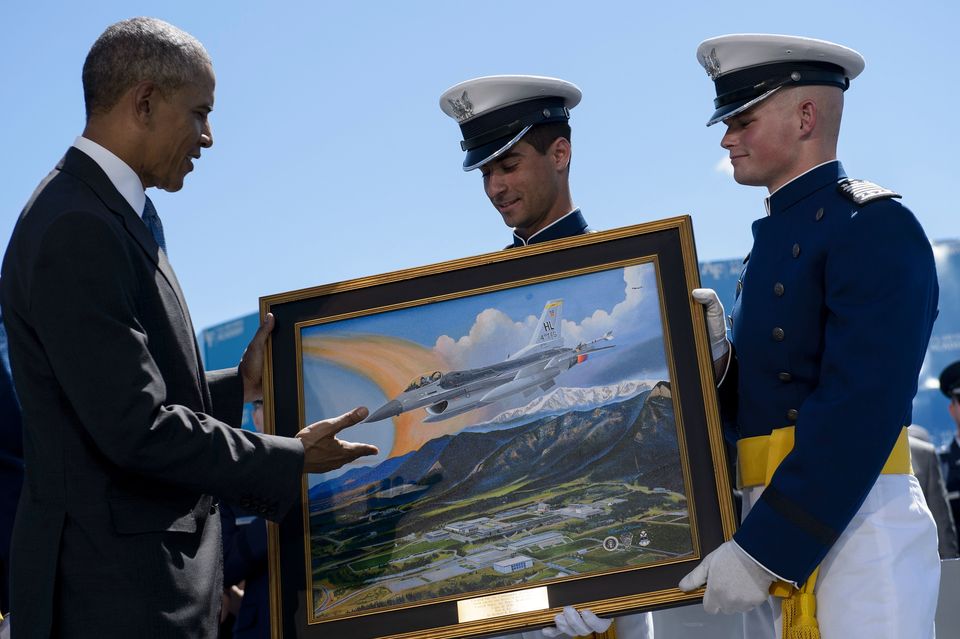