As Barack Obama made his way towards the inaugural platform to be sworn in for his second term as president, we noticed that Obama's skin was remarkably smooth... and super bronzed.

Grey hairs and worry lines seemed to appear on Obama's head and face overnight as he worked to revive a failed economy, provide more Americans with health care and end the war in Iraq these past four years. However, as the commander in chief took his public oath on Monday before thousands of people, he looked refreshed, rested and really glowy.

CNN commentators even remarked that "[President Obama] looks five years younger." And while the editors here at HuffPost Style debated over how exactly did Obama achieve such a golden visage (Did his makeup artist try a different contouring and bronzer technique? Or did he take a hour out of his busy schedule to treat himself to a facial?), we've gotta admit that he's never looked better. And we'll note that the use of bronzer on men is not uncommon when it comes to HD camera coverage, especially in the colder winter months. Whatever it is, it's really working for him.

Check out photos of President Barack Obama at the 2013 Inauguration below, then tell us in the comments section what you think about his amazing glow. 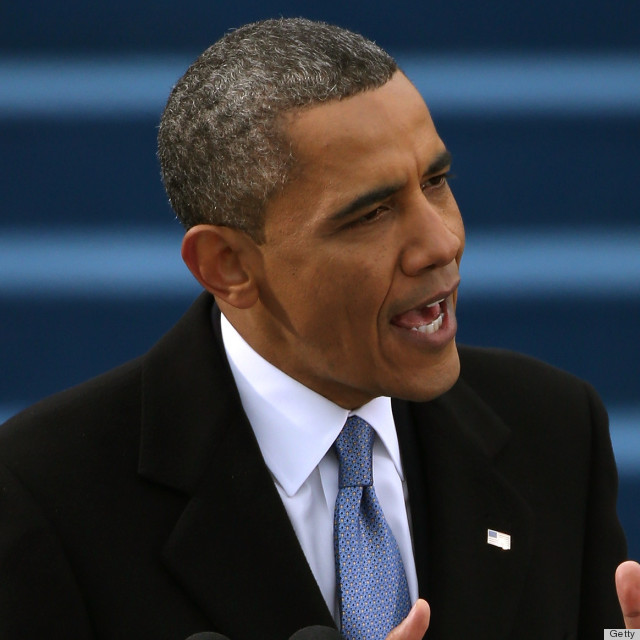 Want more? Be sure to check out HuffPost Style on Twitter, Facebook, Tumblr, Pinterest and Instagram at @HuffPostStyle.
---
Do you have a style story idea or tip? Email us at stylesubmissions@huffingtonpost.com. (PR pitches sent to this address will be ignored.)