A Thanksgiving White House photo captured the commander-in-chief sitting at his Oval Office desk, making calls to U.S. troops. To the right of Obama's chair was an object that looked like a book, but Political Wire notes that it is in fact an iPad lodged inside a DODOcase.

Back in October 2010, DODOcase co-founder Patrick Buckley explained in a HuffPost blog that his company's "mission is to protect the art of book binding from extinction". The cases are designed to transfer the age-old craft to modern technology.

Obama initially showcased some reservations toward hi-tech devices. About a month after the iPad's April 2010 release, he told students during a Hampton University commencement speech that gadgets were turning information into a "distraction".

By March 2011, Obama's tech tune had changed. In an interview at a Washington town hall, the president told moderator Jorge Ramos that he owned an iPad. About a month later, a tablet-esque device was spotted on Obama's desk. 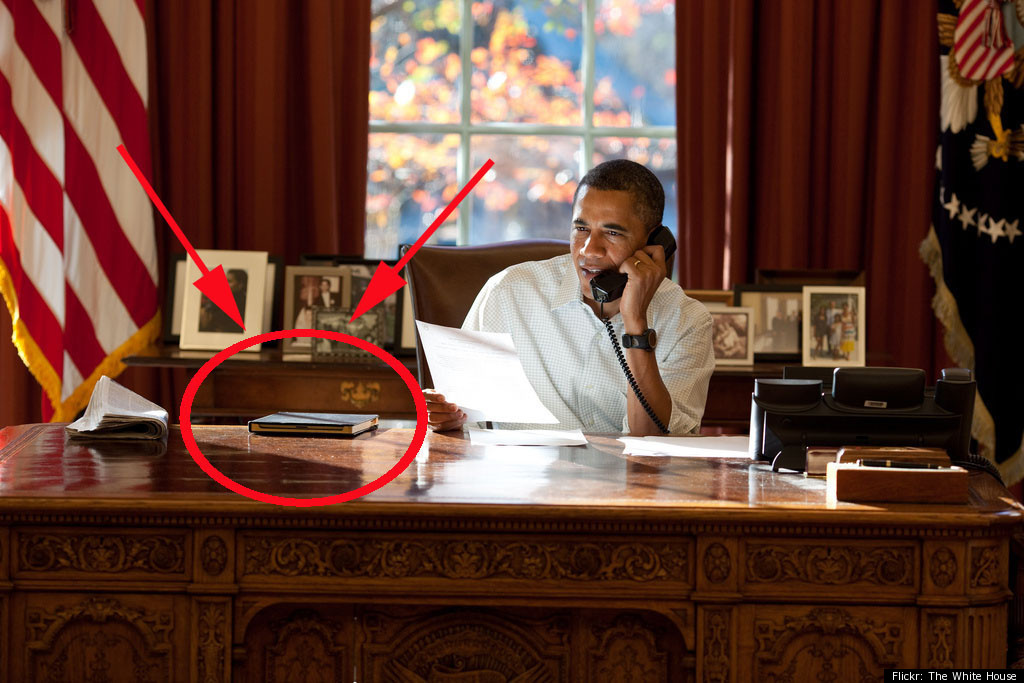