President Obama received 12 stitches after suffering an injury during a basketball game, according to a White House statement:

"After being inadvertently hit with an opposing player's elbow in the lip while playing basketball with friends and family, the President received 12 stitches today administered by the White House Medical Unit. They were done in the doctor's office located on the ground floor of the White House."

According to a pool report, Obama received a special type of fiber that should leave a smaller scar:

The medical unit that treated Obama used a smaller filament than typically used, which increases the number of stitches but makes a tighter stitch and results in a smaller scar. Obama was given a local anesthetic while receiving the stitches.

The White House announced the culprit who elbowed Obama in the lip earlier today: Rey Decerega, who is the director of programs for the Congressional Hispanic Caucus Institute.

Decerega said in a statement that the game was all in good fun (and didn't apologize):

"I learned today the president is both a tough competitor and a good sport. I enjoyed playing basketball with him this morning. I'm sure he'll be back out on the court again soon," Decerega said.

All stitches were in the president's upper lip. Scroll down for photos of Obama leaving the basketball game. 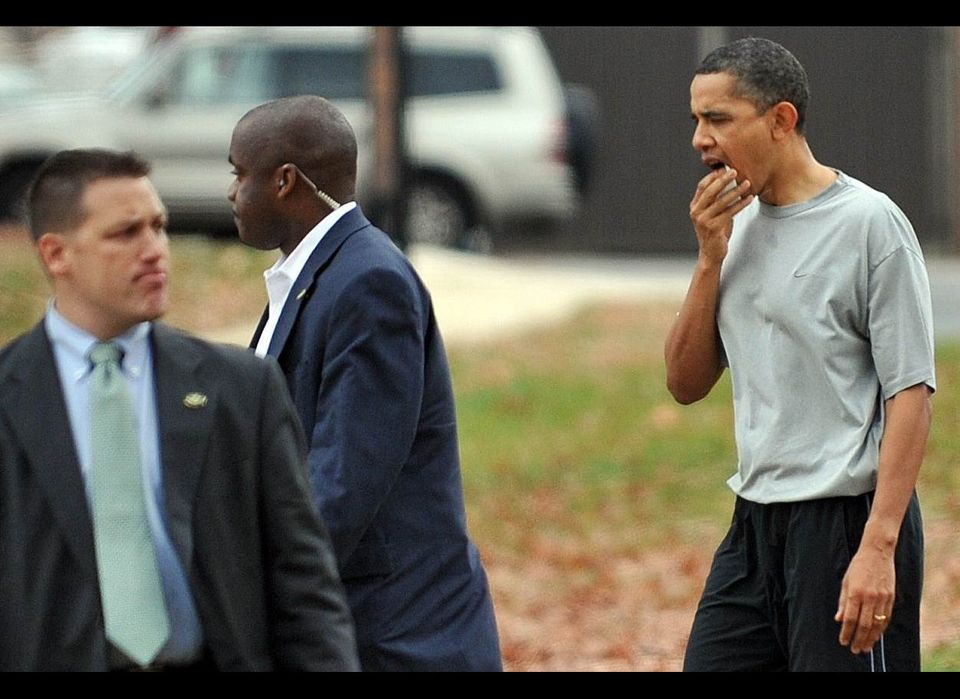