The White House's press release states that most of the Obamas' income, which was over three times less than the $5.5 million earned one year prior, came from book sales. The president's current government salary is exactly $400,000, although he also has a $50,000 expense account, $100,000 non-taxable travel account and $18,000 entertainment account.

The couple's largest charitable donation, $131,075, went to the Fisher House Foundation, a nonprofit humanitarian group that provides support to members of the United States Armed Forces and their families. They also dedicated $15,000 to The Clinton Bush Haiti Fund and $10,000 to the Boys and Girls Club of America.

The Obamas also made $311 in interest from an account kept with JPMorgan Chase and $36,575 interest from "Northern Trust Securities US Govt Interest."

Vice President Joe Biden and his wife, Dr. Jill Biden, also released their tax returns, together earning $379,178, a combined $104,620 of which went to federal taxes and state taxes in Delaware and Virginia. They gave $5,350 to charity.

For more information about Obama and Biden's tax returns, go to WhiteHouse.gov 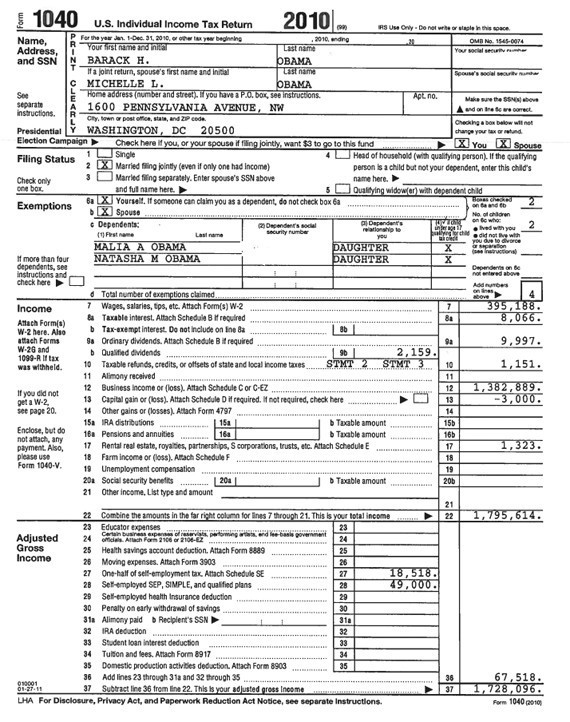