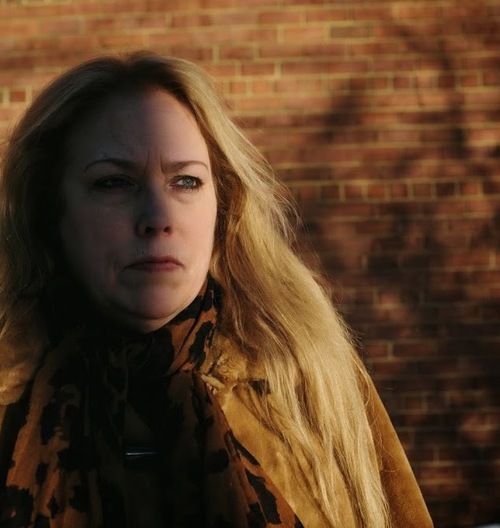 How do parents overcome the desire to protect their children from the reality of the world and yet inform them of dangers out there? At what age do you find that reality necessary to introduce?
The average age of entry in the United States into domestic minor sex trafficking is 12-14 years old. This is such a crucial age in life and you're very vulnerable. That vulnerability is what traffickers prey upon. Children are vulnerable just because they are children. Personally, I had experienced things in my home that made me more vulnerable and needy. There's a high percentage of minor domestic sex trafficking victims that have been abused in some way.

How did your trafficker create the "trauma bond"?
That first night I was in the car with my trafficker, he started everything right then. I tried to touch the radio to change the station and he swatted my hand away. Then he was nice, and then he was mean, and then he was nice. It twists your mind around. I was also beaten by him over time. I equate it to domestic violence. When that person is looking at a wife's black eye saying, "Why don't you leave him?" and that wife is saying "No, I can't, he's not that bad," she has bonded with her tormenter. There is a chart out there called Biderman's Chart of Coercion that explains it clearly. It all has to do with being very nice, being very mean, isolation, small rewards. It doesn't happen in one night. My trafficker kept it up over the years and it was a strong trauma bond. If I was arrested in front of a police officer, I was programmed to say all false personal information. I never would have told the police, "Help, I am a victim of human trafficking." It would have taken a long time to break through that.

How did you break the programming your captor created?
I became addicted to heroin. Whenever I say that, people say "Oh, the trafficker addicted you," and I say "No, actually he didn't." I was already under his control. Why would he spend money on the drug if he already controlled me? It was another person on the street that introduced me to it. In my 20's, I dragged myself to a clinic on Manhattan's east side and I met the counselor there that went above and beyond her scope of work. She took time to talk to and help me. Actually, she got me out of New York. She found out my sister was living in Philadelphia, a train ride away from Manhattan. In that point of my life, he was controlling me, the drugs were controlling me, and I couldn't give money to the drug and the trafficker. I was at death's door. I was 5'9", probably 99 pounds, and not going to be around much longer. I tried to survive, so I went to the clinic and then I ended up leaving New York.

If you could tell one thing to the girls currently being trafficked what would it be?
That person that is controlling you doesn't care about you. That person that's controlling you thinks you're a commodity. And I know you don't believe me or hear what I'm saying, but I wish you would. Because all you are to that person is a dollar sign. I know that it is hard to hear, because you think that the person has your best interest at heart. Whatever story this person is telling you, it's not true. You are worth so much more, you are priceless. You could live a wonderful, beautiful life. I know that you can.

What would you say is necessary for the rehabilitation and recovery of sex-trafficking survivors?
When someone gets out of that situation, they need a lot of help. They don't just need help finding a job. First of all, I had a criminal record. I lost a federal government job when I was trying to take care of my 3 year old daughter. I lost my job, because I had a record from when I was 12. First, find out if the victim might need to have records vacated, if the state they live in even has that legislation in place. Right now there's only 29 states that allow people to do that. They might definitely need trauma-informed counseling. They need medical care and they need life skills training. If they can talk with other survivors, that would be good. There are major trust issues that have to be worked on.

Breakdown to breakthrough moment?
I feel like I'm being dramatic when I say this, but it really happened. In 2012 I had an epiphany. Prior to that I was in a deep depression. One night I was on the couch and the TV was in the background. I heard this report about human trafficking, right near where I live. I didn't remember having heard that term "human trafficking" before, so I paid attention. They started talking about these gang members who were recruiting girls from Facebook, the bus stop, or the mall. The way they recruited these children was the exact thing that happened to me. I sat upright in my living room and turned up the volume. It felt like a dream. When human beings experience some traumatic thing, they always think, "That's never happened to anybody but me." I was horrified to hear that it was still happening to other people. I felt amazed, scared, and angry. It propelled me into motion. Within a couple weeks, I was sharing my story on that same news channel. I was trying to do whatever I could. I went to websites and started learning as much as I could about human trafficking in the United States and I realized that there's a lot of people that don't know that it happens here. I was more than willing to tell them.

Part of the problem with helping victims of domestic minor sex trafficking is they don't think they are victims, because the programming of the trafficker is so strong. I thought it had been all my fault, even though I had been a child when it began. When I had the epiphany, I got goosebumps because I, for the first time, self-identified as a victim. I realized I had a real name for what happened to me. I realized everything I went through was so I could do what I'm doing now, the work I do today.