WASHINGTON -- Sen. Barbara Mikulski (D-Md.) always portrayed herself as a classic Baltimore woman, a hon who put her pants on one leg at a time. On Tuesday, her female colleagues in the Senate honored that ethos by putting on pants, one leg at a time.

Mikulski announced Monday she will be retiring in 2016, ending a five-term run in the Senate where she fought for the rights of the chamber's female members. When she took office in 1987, she was one of just two female senators in the 100th Congress; today, there are 20 women in the 114th Senate. As the longest-serving woman in the chamber, Mikulski hosts regular dinners for the Senate women and organizes "power workshops" for new female members.

She also paved the way for pants in the chamber.

"We've heard from women staff that in the 1980s, if they came in to work -- if they were called in on an emergency basis -- they needed to keep a dress to put on quickly or they had to borrow one if they had to appear on the Senate floor," Richard Baker, then the Senate historian, told The Washington Post in 2002.

Mikulski and then-Sen. Nancy Kassebaum (R-Kan.), however, fought to change that rule.

On weekends, men were allowed to dress more casually in the chamber, donning items like khakis and blazers -- but women still had to wear skirts and dresses. According to Roll Call, the rebellion happened some time in the early 1990s, when Mikulski and Kassebaum wore pants one weekend and told all female staffers to do the same.

"I'm most comfortable wearing slacks, and well, for a woman to come on the (Senate) floor in trousers was viewed as a seismographic event," Mikulski told CNN in 2010.

"The Senate parliamentarian had looked at the rules to see if it was OK. So, I walk on that day and you would have thought I was walking on the moon," she added. "It caused a big stir."

In 1993, Martha Pope, then the chamber's sergeant-at-arms, amended the dress code to allow women to wear pants on the Senate floor.

Sen. Patty Murray (D-Wash.), who can often be seen around the Hill wearing pants, thanked Mikulski on Monday for blazing a trail away from hosiery.

Thanks @SenatorBarb, for leading Pantsuit Rebellion of 1993. The rule had to change, not her http://t.co/VR93QbRIF4 pic.twitter.com/zH62V3I7LI

And without Mikulski, moments like these wouldn't have been possible: 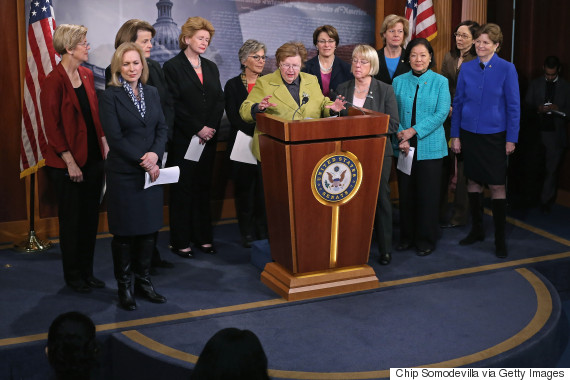 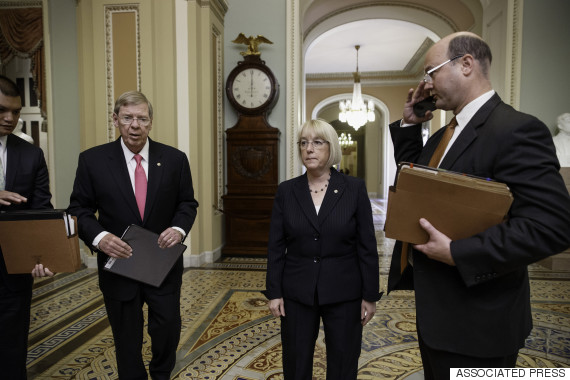 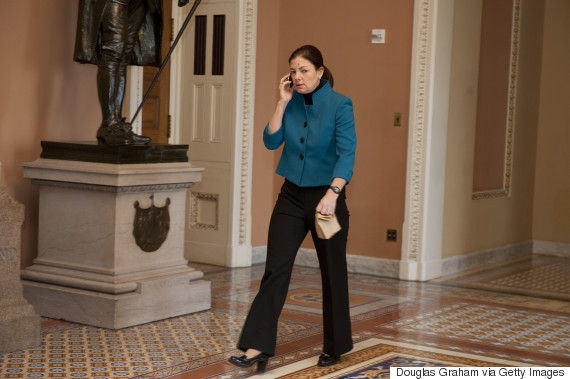 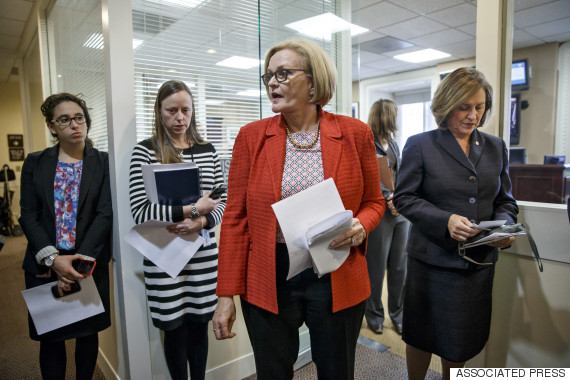 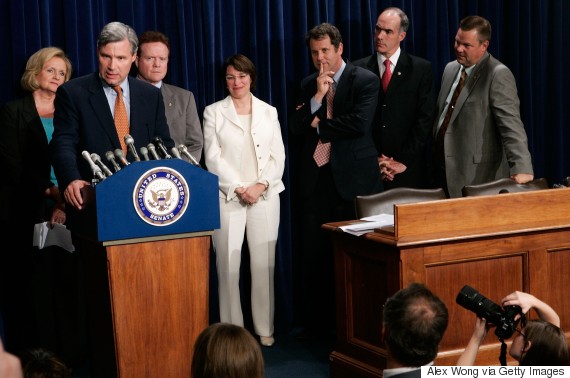